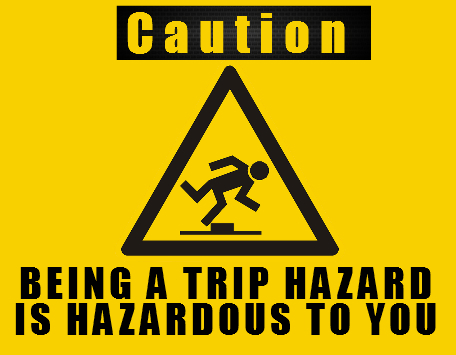 “Teacher,” said John, “we saw someone driving out demons in your name and we told him to stop, because he was not one of us.”

“Do not stop him,” Jesus said. “For no one who does a miracle in my name can in the next moment say anything bad about me, for whoever is not against us is for us. Truly I tell you, anyone who gives you a cup of water in my name because you belong to the Messiah will certainly not lose their reward.

“‘the worms that eat them do not die,
and the fire is not quenched.’

Everyone will be salted with fire.

“Salt is good, but if it loses its saltiness, how can you make it salty again? Have salt among yourselves, and be at peace with each other.”

There are three rules for correct biblical interpretation. They are context, context, and context. This passage is often read in isolation. In fact, it is often broken into two pieces and each piece read in isolation. As a result, many often understand it to say the opposite of what Christ intended. So, what is the context? Here is a quick summary of what is going on:

It is evident for the passage Jesus fame was widespread. He was well known throughout the region. Many used and perhaps abused Jesus’ name.

It appears the man’s intentions were not for selfish gain. The motive appears to have been honorable. Yet he was not one of the disciples. He was using Jesus’ name to cast out demons. Christ bestows that power only on those He has chosen to spread the Gospel.

It appears the man acted outside his authority. He took on himself the office of prophet. He was wrong assuming the office without a command to do so. Yet he met with success. The man brought honor to Jesus’ name. This pleased the Lord. Sometimes following a blind impulse brings special favor. But, the man did overstep his authority.

Why did the disciples forbid the man from working miracles? Why did they forbid him from bringing Christ honor? They did not ask the man if the Lord authorized him. They took on themselves the right to forbid the performance of miracles.

John gives the reason. The man was not one of the chosen ones. He was not special like they were.

The disciples appear to have acted out of selfish ambition. Their interest was to maintain their special status. If everyone could do miracles, miracles would not be special. Besides that, the man was doing something they failed at.

They wanted to ensure their position of privilege and honor in the kingdom. If this man were to receive honor there would be less honor for them. They looked at it as a zero-sum game.

They stopped the man because he was not Christ’s associate. They were. If anyone was to do great things they were the ones. Why should this man have equal honor with them? The disciples overstepped their authority.

So, both the man and the disciples overstepped their authority. But, only one brought honor to Christ.

Jesus refused to denounce the man. Instead, He teaches we are to support and have fellowship with all who support Him. We are to be grateful and acknowledge their work. Christ works through ordinary men in extraordinary ways.

Paul’s reaction was better at similar events. His is the example we should follow. He rejoiced when anyone preached Christ, even by his personal enemies.

Do not let this confuse you. Claiming to do something in Jesus name does is not the same as actually doing it in His name.

Also, Christ is not giving a loose rein to false teachers. False teachers do not bring glory and honor to Christ. When someone says, “Praise the Lord,” Glory to Jesus” or “in Jesus name” does not mean they are doing it in His name. Jesus did not teach His disciples to remain silent when men abused His name. When men act according to their own fancy and disturb the Church we are to oppose them.

Many will claim what they do is in Jesus name. But they blaspheme His name. Jesus reserved His harshest criticism for false teachers. They abused the name of God but while claiming to honor it.

Claiming the name of Christ does not give license. What does it mean to do something in Jesus name? It means acting consistently with Christ and His teaching. Paul tells us anyone who preaches another Gospel is to be accursed. (Galatians 1:6-10)

Also note, Jesus did not recognize the man as His disciple. Doing a miracle did not make the man a disciple. Sometimes, God uses those He has not chosen.

We are to tolerate those who overstep their authority. But we are to cut off false teachers.

What will happen to those who cause the weak to stumble? Nothing good, would be an understatement. God punishes in the most severe way those who derailing the faith of any the least significant.

God is a severe avenger of injustice. So severe is God’s wrath that it is better to suffer anything else.

We are to understand the admonition to cut off feet, hand and pluck out eyes as a metaphor. Jesus used it to make a point. Our hands, feet, or eyes do not cause us to sin. It is our nature to sin. Cutting off appendices will not stop us from sinning. Jesus was illustrating the cost of sin.

Imagine the punishment for causing someone to stumble. If it is better to go through life maimed. One who causes another to sin is in deep trouble.

When Jesus described hell, He used the common expression of the day to describe God’s judgment. The word translated hell is “Gehenna.” It is a Greek transliteration of the Hebrew words “ge hinnom” or “Valley of Hinnom”. This was the valley along the south side of Jerusalem. In Old Testament times people used it for human sacrifices to the pagan god Molech (Jer 7:31; Jer 19:5-6; Jer 32:35). Later was be used to dispose and burn human excrement and trash. It became a symbol of God’s punishment in the intertestamental period.

What is God’s wrath like toward sin? Jesus gives us a glimpse into it. It is severe. People ask what hell is like? It is as Jesus said or worse. Gehenna may have been the closest thing Jesus could use to illustrate it. Repent and trust in Jesus for the forgiveness of your sin. Only His righteousness will save you from God’s wrath.

So great is God wrath towards sin that anything that causes sin, we are to cut it off. We are to be zealous in our pursuit of righteousness. We are to oppose anything that opposes it. Even if it is our right hand, foot or eye.

Jesus said, “Everyone will be salted with fire.”The fire will purify some. The fire will destroy others. Pray the Lord preserves you when you are in the fire.