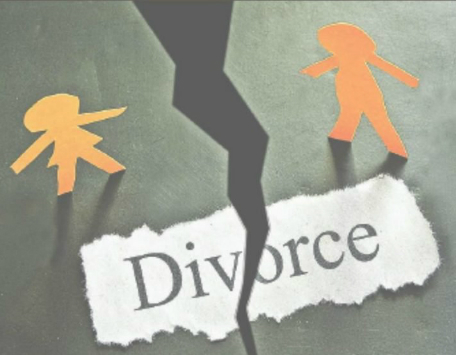 Jesus then left that place and went into the region of Judea and across the Jordan. Again crowds of people came to him, and as was his custom, he taught them.

Some Pharisees came and tested him by asking, “Is it lawful for a man to divorce his wife?”

“What did Moses command you?” he replied.

They said, “Moses permitted a man to write a certificate of divorce and send her away.”

“It was because your hearts were hard that Moses wrote you this law,”Jesus replied. “But at the beginning of creation God ‘made them male and female. For this reason a man will leave his father and mother and be united to his wife, and the two will become one flesh.’ So they are no longer two, but one flesh. Therefore what God has joined together, let no one separate.”

I realized there are those who will yell, “You don’t understand. We no longer love each other. I can’t take it anymore.”

I get it. But you are not arguing with me. What does the text teach? What did Jesus say? If Christ is Lord in your life than you are to obey what He teaches.

Jesus went to the region of Judea across from the Jordan. The Roman province of Judea included most of central Palestine. Jerusalem was at its center. This journey begins the process that will lead Jesus to His death.

By now this is a familiar scene. Jesus went someplace. The crowds came. Jesus taught them. The Pharisees show up to disrupt things. To this point, it is the same old thing.

The Pharisees came to Jesus to tempt Him. They did not come with a genuine question. Rather, they came to ensnare Jesus. But, their malice becomes a lesson for us.

The Pharisees asked about divorce.

The Pharisees all agreed the Old Testament permitted divorce. A man could write a certificate of dismissal and divorce his wife. But there were two rabbinic schools, Shammai and Hillel. They differed on the grounds for divorce. Shammai only allowed for divorce in the case of sexual immorality. Hillel permitted divorce for almost any reason.

The question the Pharisees asked was vague. Deut. 24:1–4 addressed the question. Divorce depends on circumstances. The Pharisees may have tried to draw Jesus into the debate about Herod Antipas and his unlawful wife.

The Pharisees’ question was anything but sincere. They were asking it to test him. Judea beyond the Jordan was in the jurisdiction of Herod Antipas. So Jesus was in the Herod’s jurisdiction. The Pharisees were hoping Jesus would answer the question like John the Baptist. If so, He may suffer the same fate as John, i.e. death at the hands of Herod.

They asked, is it lawful for a man to divorce his wife? If Christ replied, “no”, they would have claimed Christ abolished the Law. If He had said, “yes, they would have claimed He spoke against the prophets. (Malachi 2:16) But Christ disappointed them. He opposed unlawful divorces. And at the same time, He showed He remained consistent with the Law.

You can break Christ’s answer into two parts. First, the order of creation serves as a law. A husband should maintain faithful. Second, the reason the Mosaic Law permitted divorce. Moses permitted divorce because he was dealing with a rebellious and intractable nation.

Christ used the principle that God joined male to female at creation. God joined them so the two made one entire person. Tom Cruise in the movie, “Show me the Money” was right when he said, “You complete me.” Anyone who divorces his wife tears half of himself away.

Christ adds another argument. The marriage bonds are more sacred than those that bind a child to his parents. God has established the bonds of marriage even stronger. Divorce breaks a bond God made.

Christ did not give a new command. He did not add to the Law. What Christ said was in the Old Testament. Malachi taught this. “For the man who does not love his wife but divorces her, says the LORD, the God of Israel, covers his garment with violence, says the LORD of hosts. So guard yourselves in your spirit, and do not be faithless.” (Malachi 2:16)

Do not misread what Christ said. When a man marries a wife he is not commanded leave his father and mother. If that were so God would contradict Himself. Marriage does not dissolve the duties a child has towards his parents. Christ compared parents and wives. We are to prefer our spouse to our father and mother.

The two will become one flesh. Whoever divorces his wife tears himself in pieces. The bonds of marriage are so strong to break them we damage ourselves. The husband and wife become one person. Christ spoke with reference to the order God established. Husband and wife are to live together in a way that each cherishes the other. They are to live as if the other were half of themselves. The husband is to rule as the head, not the tyrant of his wife. The woman is to yield with modesty.

“What God has joined together, let no one separate.” Christ restrained husbands, wives, and governments. We are not to cut the sacred knot God has tied. It is not the power of the husband, wife or even the government to dissolve a marriage. Governments abuse their power when they grant an unlawful divorce.

The church is the bride of Christ. No one can break that bond. As we look through history and even today we see an adulterous bride. Yet Christ remains faithful. Christ remains the loving husband. Christ does not divorce the church.

Well if the bonds of marriage are so strong, why did the Mosaic Law allow divorce? First, note the law did not command divorce in any circumstance. It allowed it only in the case of infidelity. God allowed it because of our wickedness. God, in His grace, allowed for our obstinacy. He provided a way to escape. Yet He confirmed His statement, the bond was not to be broken, by going back to creation. It was not so at the beginning. When God instituted marriage, He established a perpetual law. It was to remain in force until the end of the world. So, it follows that whatever deviates from it does not come from a pure nature, but from the depravity of men.

Quarrels and differences are not a reason to dissolve a marriage. This is clear.

This teaching shows the love Christ has for His church, His bride. He would be just to cut us off. We are an adulterous bride. We chase false Christ’s. We worship things rather than the creator of all things. But He does not divorce us. Praise God for His grace and mercy. Thank God for His love.