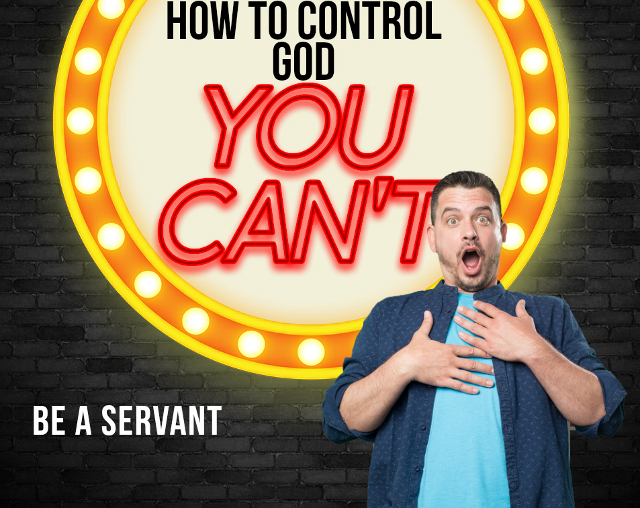 And when they came to the disciples, they saw a great crowd around them, and scribes arguing with them. And immediately all the crowd, when they saw him, were greatly amazed and ran up to him and greeted him. And he asked them, “What are you arguing about with them?” And someone from the crowd answered him, “Teacher, I brought my son to you, for he has a spirit that makes him mute. And whenever it seizes him, it throws him down, and he foams and grinds his teeth and becomes rigid. So I asked your disciples to cast it out, and they were not able.” And he answered them, “O faithless generation, how long am I to be with you? How long am I to bear with you? Bring him to me.” And they brought the boy to him. And when the spirit saw him, immediately it convulsed the boy, and he fell on the ground and rolled about, foaming at the mouth. And Jesus asked his father, “How long has this been happening to him?” And he said, “From childhood. And it has often cast him into fire and into water, to destroy him. But if you can do anything, have compassion on us and help us.” And Jesus said to him, “‘If you can’! All things are possible for one who believes.” Immediately the father of the child cried out and said, “I believe; help my unbelief!” And when Jesus saw that a crowd came running together, he rebuked the unclean spirit, saying to it, “You mute and deaf spirit, I command you, come out of him and never enter him again.” And after crying out and convulsing him terribly, it came out, and the boy was like a corpse, so that most of them said, “He is dead.” But Jesus took him by the hand and lifted him up, and he arose. And when he had entered the house, his disciples asked him privately, “Why could we not cast it out?” And he said to them, “This kind cannot be driven out by anything but prayer.”

This passage reminds us of Moses coming down from Mount Sinai. Moses returned to find Satan had entered the camp. When he came down he found unbelief and unfaithfulness. Christ returned from the mount of Transfiguration to find a demon in their mist. The demon was the cause of discord and argumentation.
This account appears in Matthew and Luke as well. Neither Matthew or Luke mention the scribes arguing with the disciples.
While Christ was on the mountain with Peter, James, and John. The boy’s father brings the boy to Christ. But Christ is not there. He is on the mountain. So,I imagine the scribes took the opportunity to taunt Christ’s disciples. “If Jesus was such a great teacher you should be able to cast out the demon. You have been with Him day and night. If He is such a great teacher you had to learn something. If Jesus is a great teacher show us what He taught you. If you have not learned anything then Jesus is not a great teacher. If Jesus is a great teacher, prove it.”
The disciples had seen Jesus cast out demons. So they gave it a shot. They may have uttered some words. They may have thought if they said the right thing in the right way the demon would come out. In other words, they tried magic. The scribes were successful in taunting them into doing something. And of course, they failed. The scribes then used that to say, “See Jesus is a fraud.” And an argument ensued.
Times change but Satan uses the same tactics. Why? They work. Men’s nature does not change. We behave the same today as the people in the first century did.
When we, or someone we know, experience a tragedy we try to help. But we have read the whole passage. Verse 29 says, “Jesus told them,“This kind can come out only by prayer.” (v 29)
So prayer must be the magic formula. To make things go our way, we have to learn how to pray. We are told to pray in Jesus name.(John 14:13-14; 15:16; 16:23-26)  So, when we pray we say, “in the name of Jesus,”  like that was a magic phrase. When that does not make God obey us, we conclude we need to pray more. We need to pray harder.
If that does not work, there must be sin in our lives. We try to be better. As if our behavior was a magical force. We treat our good behavior as a debt God must reward.  When that does not work, we conclude we are missing the secret. We buy books on prayer. The evangelical industrial complex tells the next book contains the secret. They teach a form of Gnosticism. There has to be a secret knowledge.

When nothing works, we hold Christ up to ridicule. “See Christianity does not work. Christ is a fraud.”
Do you want to know the secret? Here it is. There is no secret. We are Christ’s servant. He is not our servant. The demon obeyed Christ because of Christ’s authority. You ain’t got none. You may hear what the evil spirit in Ephesus said when the sons of Sceva tried to command it. “Jesus I know, and Paul I recognize, but who are you?” (Acts 19:13)
When Christ said, “This kind can come out only by prayer.” He was saying, “Only God can do it. Pray to God and turn it over to Him. The demons obey Him, not you.” God is in charge. You ain’t.
Christ showed compassion. This boy and his father were sinners like each of us. As sinners, they had no right to mercy. We have no right to mercy. This is hard for us to understand and except. That is because we fail to understand sin. Nor do we understand the holiness of God. Even though they were sinners, Christ was merciful.
Many assume the boy suffered from epilepsy. The description would fits. But that is imposing our worldview on the scripture. That could also lead us to conclude that epileptics were demon possessed. Or, even worse all illnesses are the result of demon possession. That would is incorrect and wrong. A demon possessed the boy. It that point we must come to a full stop. That is all we know. To extrapolate beyond that would be dangerous.
It is interesting we hear nothing more from the scribes. They were silent. They did not repeat their argument. Christ had shut their mouths.
The boy’s father explained the demon threw the boy to the ground and had often tried to kill him. The disciples were unable to help.
Christ rebukes a lack of faith. It is unclear who Christ is addressing. John Calvin claims the Christ directs the rebuke at the scribes. That does not seem to fit the context. Neither Luke nor Matthew mention scribes. That fact indicates the scribes were not important.
The rebuke could be to the disciples. The rebuke could be to the father. The rebuke could be to the crowd. The pronoun you… is plural. This indicates Jesus spoke to a group rather than an individual.
I prefer the TSBV. (Texas Standard Bible Version) (OK, I made that up. But the Texas vernacular helps.) “O faithless generation, how long am I to be with all y’all? How long am I to bear with all y’all?” Reading it in the TSBV Christ appears to direct the statement to the world in general. Christ had returned from the mount of Transfiguration. There he communed with the Father. Now, He returns to this mess. “How long must I remain here among in this sinful world.”
Christ commands the father to bring the boy to Him. When the boy is before Christ, the demon took one last attempt to destroy the boy. It seizes the boy and threw him to the ground. The violent attack draws the attention of the crowd. They all see the boy rolling on the ground foaming at the mouth. All those in attendance saw Christ’s power over the demon.
Christ asks the father how long the boy had suffered. The father said since birth. Then he asked Christ to help if it is possible. Christ response is, “If  it is possible!” ” You come to me to help and you do not even have enough faith that I can actually help!?”
Christ did not intend to say a man can believe with his own power. Christ said, “All things are possible for one who believes.” He taught the Father has given us all the blessings we need. We only need help in exercising the faith to receive them.
The man declared his belief. At the same time, he acknowledges his faith is not perfect. There is some doubt. We all experience belief and doubt at the same time. Our faith is never perfect. Our duty is to shake off the what remnant of infidelity remain within us.
The crowd came running. They did not want to miss out. They wanted to see Jesus do something. They had heard about this Jesus fellow, now was their opportunity to see a great show. The situation was volatile. The crowd’s enthusiasm always placed Jesus in a dilemma. He wanted to be compassionate and minister to people’s needs. At the same time, He did not want the crowd to miss out on ‘His true mission, the redemption of the world.
Jesus spoke and the demon had no choice but to obey. After Christ exercised the demon, Mark tells us most of the crowd thought the boy had died. But Christ took him by the hand and raised him up. Even the demons, though without intention, brought glory to Christ. They caused many to witness the power of God.
The disciples wondered why they failed. Christ does not attribute their inability to unbelief. Nor does He say, God will give us everything we mention in prayer. Nothing is more at odds with faith than foolish and irregular desires of our hearts.