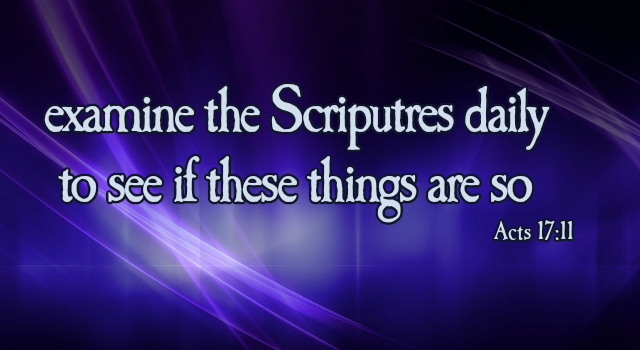 The Pharisees came and began to argue with him, seeking from him a sign from heaven to test him. And he sighed deeply in his spirit and said, “Why does this generation seek a sign? Truly, I say to you, no sign will be given to this generation.” And he left them, got into the boat again, and went to the other side.

Now they had forgotten to bring bread, and they had only one loaf with them in the boat. And he cautioned them, saying, “Watch out; beware of the leaven of the Pharisees and the leaven of Herod.” And they began discussing with one another the fact that they had no bread. And Jesus, aware of this, said to them, “Why are you discussing the fact that you have no bread? Do you not yet perceive or understand? Are your hearts hardened? Having eyes do you not see, and having ears do you not hear? And do you not remember? When I broke the five loaves for the five thousand, how many baskets full of broken pieces did you take up?” They said to him, “Twelve.” “And the seven for the four thousand, how many baskets full of broken pieces did you take up?”And they said to him, “Seven.” And he said to them, “Do you not yet understand?”

When the Pharisees came to Jesus, they did not come to learn. They came to assert their beliefs. “We’ve heard things about this Jesus fellow. And what we heard doesn’t seem right. Let’s test it out. Let’s see if He is the real deal.” In other words, they came to oppose Jesus.

They demanded Jesus give them a sign. They treated Jesus as if He were a trained monkey. Dance monkey dance! They argued with Jesus. What were they looking for? They wanted a political messiah.

They asked for a sign. Jesus refused to give a sign. How many signs had Jesus already provided? If Jesus had given a sign it would not have mattered. Jesus was not what they wanted. They wanted a political Messiah. In other words what they demanded was, “Give us a sign that you are what we want you to be.”

Their demand for a sign was blasphemous. They demanded God obey them. If God was to receive their worship, God needed to do what they demanded. That is the opposite of worship.

You may have met people who demand a sign. I have. “If there is a God, I need a sign. Let me see a miracle.”

A magician could provide want they asked for. But it would be a false sign. Signs and wonders do not prove God. They want God to do what they want when they want it. In other words, they want to be God. We are back to Adams original sin. “You will be gods.”

Christ reaction was to groan in His spirit. These men went farther than not believing Christ. They built barriers for themselves and others. Their reaction grieved Christ. Christ’s grief came from a deep affection in his heart. Whenever we see men resisting God, we too should grieve.

Christ had provided signs. A little earlier, He fed four thousand men. But they missed the sign. We cannot see unless God grants us eyes to see. Regeneration precedes faith.

Jesus and His disciples left. Then, Jesus told His disciples to beware of the leaven of the Pharisees and Herod. The disciples thought He was talking about bread since they only had one loaf.

But what Jesus said did not make sense. So they were trying to understand it by discussing it among themselves.

Jesus told them He was not worried about having enough to eat. He could feed them. They had already forgotten how Jesus fed the five thousand. Then they forgot how He fed four thousand with a few loaves and fish. They had seen the signs and they did not understand.

Signs do little for us. We may claim if we saw a sign we would believe. But, our demand for signs is only a demand God submit to us.

Christ used the metaphor of leaven. Christ used a common metaphor to exhort His disciple to beware of every abuse of doctrine. New and innovative doctrines surround us. It is pure wickedness that pollutes the word of God. But it is so easy to do.

Christ contrasted leaven with the pure and uncorrupted word of God. Leaven spreads through the whole loaf. Notice the leaven Christ mentions is of both the Pharisees and Herod. Pharisees polluted the words of God from within the church. Herod polluted it from outside the church.

The Pharisees were so-called men of God. Herod was the legitimate political leader. It is easy to become lazy to allow men in authority to fill us with errors.

That does not mean we cannot learn from those who have gone ahead of us. But we must not become lazy. We must check all they teach against the word of God. Their position inside or outside the church does not matter.