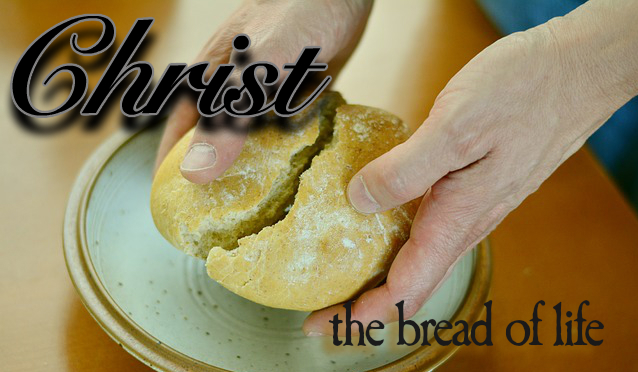 In those days, when again a great crowd had gathered, and they had nothing to eat, he called his disciples to him and said to them, “I have compassion on the crowd, because they have been with me now three days and have nothing to eat. And if I send them away hungry to their homes, they will faint on the way. And some of them have come from far away.” And his disciples answered him, “How can one feed these people with bread here in this desolate place?” And he asked them, “How many loaves do you have?” They said, “Seven.” And he directed the crowd to sit down on the ground. And he took the seven loaves, and having given thanks, he broke them and gave them to his disciples to set before the people; and they set them before the crowd. And they had a few small fish. And having blessed them, he said that these also should be set before them. And they ate and were satisfied. And they took up the broken pieces left over, seven baskets full. And there were about four thousand people. And he sent them away. And immediately he got into the boat with his disciples and went to the district of Dalmanutha.

This account is also recorded in Matthew’s Gospel. (Matthew 15: 32-39) This is a second miraculous feeding of a large crowd. This is not the same story as the feeding of the five thousand. Both Mark and Matthew record the feeding of the five thousand as well. (Matthew 14:13-21; Mark 6: 30-44) The two stories are often confused since they are similar. Some claim they are the same since they are so similar. But there are significant differences.

Both Matthew and Mark record both occurrences. So, the reasonable conclusion is the feeding of a large crowd happened more than once. Jesus later points to deep theological significance in the two feedings (Mark 8: 18-21).

The Greek wording implies sequence between this miracle and the healing of the deaf man. They both occurred in Gentile territory. So it is reasonable to assume both the deaf man and the crowd were Gentiles.

In the first feeding Jesus fed five thousand, here He feeds four thousand. In the first, He used five loaves and two fish. In this one He used seven loaves and a few small fish. In the first Jesus had the crowd sit in smaller groups. Here, Jesus, has them sit down, there is no mention of grouping. In the other, the disciples come to Him to send the people away. Here Jesus initiates the conversation. In the other, Jesus has the disciples pass out the food. In this account, Jesus has them set the food in front of the crowd. In the first twelve baskets were left over. In this account, seven baskets were left over.

It is God’s power that produced the miracle. God is not restricted by outward means. He does not need our help. When He uses us as an instrument of His power, He does so to bless us.

We are no different. We doubt God either can or will deliver His elect.

Right after this miracle, Jesus went to Dalmanutha. The exact location of Dalmanutha is uncertain but it is thought to be on the west bank of the Sea of Galilee.

Jesus fed men with nothing. He used the means of a few loaves and a few fish. But it was His divine power that filled men’s bellies. He did not need the disciples or the crowd to do anything. He provided the miracle. We receive the gifts of God by His grace we do nothing. We provide nothing. We deserve nothing. It is Christ’s grace alone. Praise God my salvation does not depend on me. But on His sovereign grace.