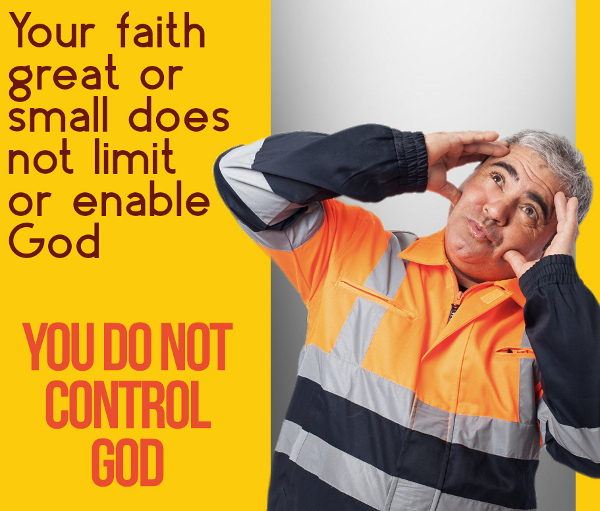 And when Jesus had crossed again in the boat to the other side, a great crowd gathered about him, and he was beside the sea. Then came one of the rulers of the synagogue, Jairus by name, and seeing him, he fell at his feet and implored him earnestly, saying, “My little daughter is at the point of death. Come and lay your hands on her, so that she may be made well and live.” And he went with him.

And a great crowd followed him and thronged about him. And there was a woman who had had a discharge of blood for twelve years, and who had suffered much under many physicians, and had spent all that she had, and was no better but rather grew worse. She had heard the reports about Jesus and came up behind him in the crowd and touched his garment. For she said, “If I touch even his garments, I will be made well.” And immediately the flow of blood dried up, and she felt in her body that she was healed of her disease. And Jesus, perceiving in himself that power had gone out from him, immediately turned about in the crowd and said, “Who touched my garments?” And his disciples said to him, “You see the crowd pressing around you, and yet you say, ‘Who touched me?’” And he looked around to see who had done it. But the woman, knowing what had happened to her, came in fear and trembling and fell down before him and told him the whole truth. And he said to her, “Daughter, your faith has made you well; go in peace, and be healed of your disease.”

While he was still speaking, there came from the ruler’s house some who said, “Your daughter is dead. Why trouble the Teacher any further?” But overhearing what they said, Jesus said to the ruler of the synagogue, “Do not fear, only believe.” And he allowed no one to follow him except Peter and James and John the brother of James. They came to the house of the ruler of the synagogue, and Jesus saw a commotion, people weeping and wailing loudly. And when he had entered, he said to them, “Why are you making a commotion and weeping? The child is not dead but sleeping.” And they laughed at him. But he put them all outside and took the child’s father and mother and those who were with him and went in where the child was. Taking her by the hand he said to her, “Talitha cumi,” which means, “Little girl, I say to you, arise.” And immediately the girl got up and began walking (for she was twelve years of age), and they were immediately overcome with amazement. And he strictly charged them that no one should know this, and told them to give her something to eat.

Here two stories are woven into one. Why are they both here? What is their purpose? At first glance, they appear to be very different stories. One was an older woman. The other was a young child. In one story there is a direct request of Jesus. In the other, there is no request at all.

This passage starts with the ruler of the synagogue. His child is dying. The only hope he has is this guy he had heard about.

Rulers of the synagogue were laymen. They were not priests. Nonetheless, their duties were important, both in a social and religious context. Their duties included the upkeep of the building and the proper conduct of the service. They even chose the Torah readings. The ruler of the synagogue was important.

This man of great importance was desperate. His daughter was dying. There was nothing he could do. He no doubt heard of Jesus healing others. “Maybe just maybe Jesus could help. Maybe just maybe He could heal my daughter.”

Jesus agreed to go with the man. The man allowed hope to creep into his heart. “Maybe just maybe my daughter will live.”

While going to the man’s house, a woman who had been ill for twelve years interrupted Jesus. She did not intend to interrupt Christ. She hoped to remain invisible.

She had tried everything. She had gone to all the doctors. She took all the treatments. She spent all she had on treatments Nothing helped. Hope was gone. There were no more treatments. And if there were, she had no more money for them. She was desperate.

Then she heard Jesus was nearby. She had heard all the stories of how Jesus had healed others. Maybe just maybe Jesus could heal her. Nothing else had work.

Some have pointed to this woman as a model of great faith. I disagree. What did she do? She believed in magic. “If I touch even his garments, I will be made well.” She believed Jesus had magic garments. This is much like Rome and their religious relics. “Look on this hair from Joseph’s bread.” No, that is pagan. That is idolatry. She had faith. But it was in the wrong thing.

As John Calvin said, “It is even possible that there was a mixture of sin and error in the woman’s faith, which Christ graciously bears and forgives. Certainly, when she afterward thinks that she has done wrong, and fears and trembles, there is no apology for that kind of doubt: for it is opposed to faith.”

But praise God! We do not need to get our theology right before Christ shows us mercy. Christ saves us through faith. Christ healed this woman through her faith. It was Christ who healed her. It was not Christ’s garment. Her faith was the mere vehicle God used.

This is not a story of a woman’s great faith. It is a story of God’s great mercy and grace. We must not allow examples like this to drive our faith. Our faith is to rest on the word of God. According to Paul, faith comes by hearing, and hearing by the word of God, (Romans 10:17.)

Again Calvin, “The thought of the woman that, if she only touched Christ’s garment, she would immediately be cured, arose from an extraordinary impulse of the Holy Spirit, and ought not to be regarded as a general rule. We know how eagerly superstition is wont to sport in foolish and thoughtless attempts to copy the saints; but they are apes, and not imitators, who take up some remarkable example without the command of God, and are led rather by their own senses than by the direction of the Spirit.

Jesus asks, “Who touched my garments?” His disciples think this is a ridiculous question. Jesus is in the middle of a crowd. They are pressing around him. They are all excited. They are going to see a miracle. This is what they had hoped for. They are all jockeying for position. They wanted a front row seat when Jesus got to the man’s house.

“Who touched you? Point to anyone. They have all touched You many times. What kind of question is that?”

Why did Christ need to single this woman out? She wanted to remain invisible. She was not seeking the limelight. The disease she suffered made her an outcast. Christ in view of everyone welcomes her back into society. Christ not only healed her body. He healed her soul. Before everyone, He declares her clean.

While Jesus is speaking to the woman someone comes to tell them the little girl had died. There was no need to bring Jesus. All hope was gone. It was too late.

The hope the man had allowed into his heart vanished. “Jesus might have healed her. But now it is too late. She is dead.” Disappointment sweep over the crowd. The crowd anticipated seeing a great show. The girl was dead. It was all over.

Mark said Jesus only allowed Peter, James, and John to follow Him. I imagine there was no problem holding back the crowd. The crowd wanted entertainment. They wanted to see a show. Now there would be no show. No show, no crowd.

The only one who had faith was Christ Himself.

When they get to the home, people are weeping and wailing. In the middle eastern cultures, wailing is a customary expression of grief. Sometimes the family will even hire professional mourners.

Jesus asked what they were doing. He said the girl is not dead. She is sleeping. Scripture often uses the term sleeping for death. But Jesus made a clear distinction between sleeping and dead. The crowd answered Jesus with scorn. They laughed at Him. This served as even more confirmation of the miracle.

Jesus sends everyone out of the house. He takes Peter, James, and John along with the girl’s parents to the girl’s bedside. He speaks to her in Aramaic a language which was common. It was a language the little girl would understand. He said, “Little girl, I say to you, arise.” Luke tells us the girl arose without hesitation.

Here two stories intertwine to discredit the many of today’s evangelists. They would sell miracles in the name of Christ. What would they have you believe if the miracle does not occur? You did not have enough faith. In other words, it is up to you. You limit God. Think about that. If that is true you control God. That is pure blasphemy.

Here a woman’s faith was puny and may have been in the wrong thing. Yet Christ healed her. The synagogue’s ruler had lost faith and all hope. Yet Christ brought his daughter back to life.

Praise God! His grace does not depend on us. If it did we would all burn in hell. God is the provider of all our gifts. Even our faith is from Him. (Ephesians 2:8-9)