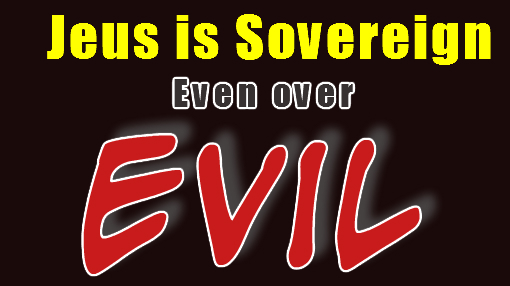 They came to the other side of the sea, to the country of the Gerasenes. And when Jesus had stepped out of the boat, immediately there met him out of the tombs a man with an unclean spirit. He lived among the tombs. And no one could bind him anymore, not even with a chain, for he had often been bound with shackles and chains, but he wrenched the chains apart, and he broke the shackles in pieces. No one had the strength to subdue him. Night and day among the tombs and on the mountains he was always crying out and cutting himself with stones. And when he saw Jesus from afar, he ran and fell down before him. And crying out with a loud voice, he said, “What have you to do with me, Jesus, Son of the Most High God? I adjure you by God, do not torment me.” For he was saying to him, “Come out of the man, you unclean spirit!” And Jesus asked him, “What is your name?”He replied, “My name is Legion, for we are many.” And he begged him earnestly not to send them out of the country. Now a great herd of pigs was feeding there on the hillside, and they begged him, saying, “Send us to the pigs; let us enter them.” So he gave them permission. And the unclean spirits came out and entered the pigs; and the herd, numbering about two thousand, rushed down the steep bank into the sea and drowned in the sea.

The herdsmen fled and told it in the city and in the country. And people came to see what it was that had happened. And they came to Jesus and saw the demon-possessed man, the one who had had the legion, sitting there, clothed and in his right mind, and they were afraid. And those who had seen it described to them what had happened to the demon-possessed man and to the pigs. And they began to beg Jesus to depart from their region. As he was getting into the boat, the man who had been possessed with demons begged him that he might be with him. And he did not permit him but said to him, “Go home to your friends and tell them how much the Lord has done for you, and how he has had mercy on you.” And he went away and began to proclaim in the Decapolis how much Jesus had done for him, and everyone marveled.

Jesus landed in “the country of the Gerasenes.” This was a Gentile area. That explains the pig herds in the area.

Gerasa was thirty miles southeast of the lake. There is also a village named Khersa on the eastern shore with the kind of cliffs and tombs described in the story. This is in the area of the Decapolis.

The Decapolis was a group of ten cities. These cities were on the eastern frontier of the Roman Empire. They had a common language, culture, location, and political status. Yet, each city functioned as an autonomous city-state.

Jesus entered a Gentile region. When He left, He left someone telling His story to the Gentiles.

Mark says the man came out immediately. That is, without hesitation a man comes out of the tombs and begged Jesus not to torment Him. Satan’s angels, i.e. demons know they are to receive punishment. They know Christ will judge them. They know it is coming. Yet they beg for mercy.

Society had exiled this man from normal human contact. His friends and family had exiled him. They exiled him for their own safety.

This man possessed unusual strength and appeared impervious to pain. No one could bind him He was able to break the shackles they used to bind him. He cut himself with stones. Cutting and injuring one’s self is a reaction to emotional pain. It stems from intense anger and frustration.

Today we have many treatments for this type of disorder. Everything from drugs to counseling to group therapy. While these treatments are valuable, and they often produce results, the root of the problem is sin. Christ does not bind or treat. He changes and renews.

These demons asked Jesus to promise not to harm them. Jesus asked for their name. The demons gave their name as Legion. There were many of them. A Roman legion was six thousand men. Though there were many demons they appeared to be under a single commander. They had one spokesman.

The spokesman begged Jesus not to send them out of the country. Rather He requested Jesus allow them to go into the pigs. Satan would rather inhabit swine than be unable to do mischief at all. Satan is so fond of evil he desires to do evil to animals if he cannot do it to men.

Jesus gives permission to go into the swine and they hurl themselves over the cliff. This exorcism demonstrates Jesus power over evil. Even the demons actions are subject to Christ’s will. We who are in Christ have nothing to fear from demons. They may scare. They may haunt. But they cannot harm us.

Those who watched all this ran to the town to tell what had happened. The towns folk came out to see for themselves. When they came, they saw the man dressed and in his right mind. He was sitting and composed. In comparison to his previous state, this was nothing short of astonishing. This was a visible illustration of the peace and restoration of Jesus.

Jesus usually demanded silence from those He healed. This time Jesus tells the man to go throughout the region. He was to tell people what the Lord has done for Him.

This is not the same as what Christians call giving a personal testimony. This man was telling about objective evidence. There was nothing subjective about it. The before and after was objective and verifiable. It was not an inward subjective event.

This man becomes the first Gentile missionary. Jesus prepared for the future mission of the church. This man was to go home, and to all the country where Jesus Himself did not go.

We may think the townsfolk would rejoice and praise God. But no! They were afraid. There are still people who are afraid of what will happen if Christ would change them. Rather than seeking healing, they beg Him to leave.