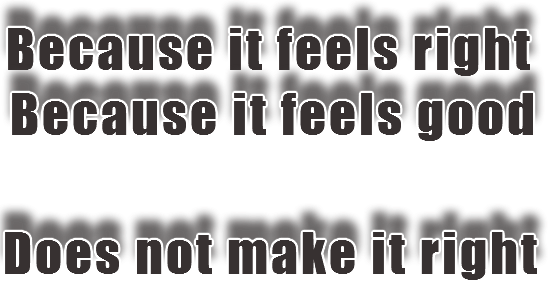 On that day, when evening had come, he said to them, “Let us go across to the other side.” And leaving the crowd, they took him with them in the boat, just as he was. And other boats were with him. And a great windstorm arose, and the waves were breaking into the boat so that the boat was already filling. But he was in the stern, asleep on the cushion. And they woke him and said to him, “Teacher, do you not care that we are perishing?” And he awoke and rebuked the wind and said to the sea, “Peace! Be still!” And the wind ceased, and there was a great calm. He said to them, “Why are you so afraid? Have you still no faith?” And they were filled with great fear and said to one another, “Who then is this, that even the wind and the sea obey him?”

Mark was not one of Jesus original disciples. So this is a second-hand account. Mark may have sanitized it a little. He only presents us with the facts. If you will allow me a little artistic license, here is how someone who was there could have told the story.

It started out as an ordinary day. Jesus finished teaching for the day. He said, hey let’s go to the other side of the lake. We all thought why not? It was not a big deal.

Jesus’ had taught all day. We put some cushions in the back for Him to lie on and rest. He must have been exhausted. He falls asleep right away.

Most of us were pretty miffed. If we were going to live through this, we needed all hands on deck. And He is sleeping! We were all going to die. And He is asleep!

Finally, Finally! Someone, I don’t know who wakes him up. I have no idea how they were able to wake Him, after all, He was able to sleep through. But He wakes up kinda looks around with this look like, what’s the big deal?

Right about then I almost lost it. What’s the big deal!? We are all going to die. Why don’t you care? What is the matter with you!

He looked at me, smiled, shook His head, looked out across the sea. In a calm voice He said, “Hush” And immediately, I mean immediately, it stopped. It did not fade away. It did not die down. It stopped. Right then! In fact, I think the water that was about to fall into the boat did not even continue falling. It just went way. We are talking immediately.

It got so quiet you could hear everyone’s hearts pounding.

Then, He looks at us. He said,”Why were Y’all so worried? Do you still not understand?”

That may be close to how the story was relaid to Mark. But, why did not Mark include it that way? And of all the stories about Jesus, why did Mark include this in his gospel? There are several reasons.

First, this is a story that expresses both the humanity and divinity of Christ. It expresses His humanity by showing Christ’s need for sleep. He was in a deep, deep sleep. It expresses His divinity when the forces of nature obey Him. When He said “Peace! Be still” All was still.

And why would they not? He spoke them into existence. He spoke and they obey. We need to learn to obey when He speaks.

Second, this story shows the reaction of people when they realize they are in the presence of God. I have talked with men who claim they will talk God into letting them into heaven. I even had one person tell me, with all sincerity, that he could win an argument with anyone. So He had no fear of God. He could convince God to let him into heaven. It would have been humorous if consequences were not so serious. Men’s universal reaction when they encounter God’s power is fear. It is not defiance. Every knee will bow. Every tongue confess. Jesus is Lord. (Philippians 2:10-11)

The problem with most preaching and small group bible studies today is Jesus is not at the center. The stories revolve around us and our desires. “How can we have a better marriage?” “7 Step to raising godly children.” “How to navigate the landmines of the teenage years.”

Is there anything wrong with those topics? No. But, they have become a substitute for biblical preaching. We use them as topics for Sunday School lessons, or small group Bible study. When we do that, we make them wrong. They then become not only wrong, they are evil. We have stolen God’s glory for ourselves.

While it is counter-intuitive our desires are only fulfilled when we place Christ at the center. We need to focus on Christ. When we reflect His glory, our lives have meaning. But not until we do.