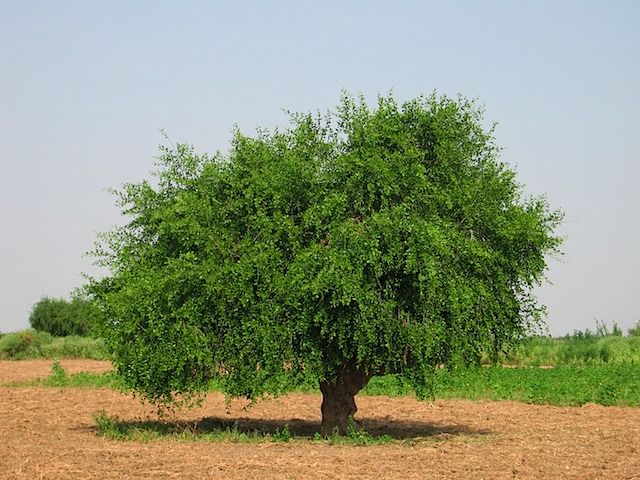 And he said, “With what can we compare the kingdom of God, or what parable shall we use for it? It is like a grain of mustard seed, which, when sown on the ground, is the smallest of all the seeds on earth, yet when it is sown it grows up and becomes larger than all the garden plants and puts out large branches, so that the birds of the air can make nests in its shade.”

With many such parables, he spoke the word to them, as they were able to hear it. He did not speak to them without a parable, but privately to his own disciples, he explained everything.

This parable concerns the kingdom’s manifestation in Jesus. The Kingdom of God came with the birth of Jesus. The imagery of the birds making their nest in the branches goes back to Daniel 4:21. There, Daniel interprets Nebuchadnezzar’s second dream. It referred to worldwide domination.

A mustard seed is small. It is around seed usually about 1 to 2 millimeters in diameter. It grows into a bushy tree It can grow 20 feet high with a spread of 20 feet.

Jesus’ point was the Kingdom of God is like this mustard seed. It starts out tiny, very tiny. From this tiny insignificant seed comes a large plant 20 feet high and 20 feet wide

These parables serve the same function today. And this parable is an example of how.

Critics of Christianity have used this parable as an example of Jesus not being divine. If Jesus was God He would have to know the mustard seed was not the smallest of all seeds on earth. There are smaller seeds. So Jesus either lied and is not sinless. Or He was not aware of other seeds, proving He was not divine. In either case, He was an inadequate sacrifice and could not atone for our sins.

As is the case in almost all of these cases the answer is easy. The critics ignore literary forms. Jesus used a literary form called hyperbole. The critics do not allow for literary forms such as hyperbole, similes, and metaphors in scripture. They demand inerrancy of Scripture contain raw data only.

When critics use this argument in most cases they do not do so in ignorance. They know the answer. They knowingly and willfully reject the truth. The Kingdom is kept from them because they chose to reject it.