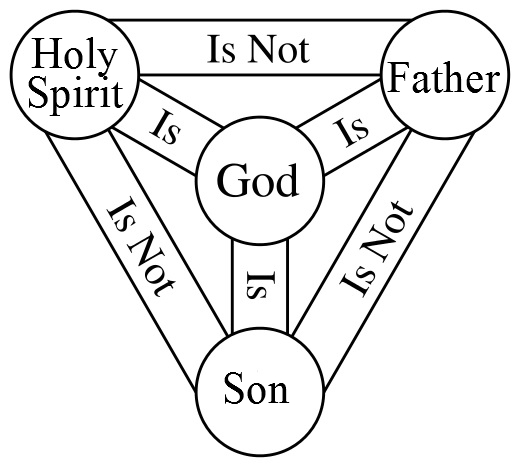 And when he returned to Capernaum after some days, it was reported that he was at home. And many were gathered together, so that there was no more room, not even at the door. And he was preaching the word to them. And they came, bringing to him a paralytic carried by four men. And when they could not get near him because of the crowd, they removed the roof above him, and when they had made an opening, they let down the bed on which the paralytic lay. And when Jesus saw their faith, he said to the paralytic, “Son, your sins are forgiven.” Now some of the scribes were sitting there, questioning in their hearts, “Why does this man speak like that? He is blaspheming! Who can forgive sins but God alone?” And immediately Jesus, perceiving in his spirit that they thus questioned within themselves, said to them, “Why do you question these things in your hearts? Which is easier, to say to the paralytic, ‘Your sins are forgiven,’ or to say, ‘Rise, take up your bed and walk’? But that you may know that the Son of Man has authority on earth to forgive sins”—he said to the paralytic— “I say to you, rise, pick up your bed, and go home.” And he rose and immediately picked up his bed and went out before them all so that they were all amazed and glorified God, saying, “We never saw anything like this!”

Jesus returned to Capernaum. The first miracle Mark recorded occurred in Capernaum. Jesus’ reputation as a miracle worker had spread from Capernaum. It might have been reasonable to assume things had died down enough where Jesus could preach.

From Mark’s account, it appears that things had died down a little. But Jesus still attracted crowds.

Mark said Jesus was at home. But Jesus was from Nazareth, twenty miles away. Mark was not referring to Jesus ancestral home. Peter’s home severed as Jesus’ home while He was in Capernaum. This became his home.

As soon as people heard Jesus was in town they got excited. The wanted to see Him. Anticipation filled them to the point they could not wait for Jesus to teach in the synagogue. They wanted to see Jesus now. They went to the house where Jesus was staying. They filled the house to capacity. The crowd even spilled out of the door.

The houses had flat roofs made of branches and dried clay, supported by wooden beams. They removed the clay and branches. They lowered the paralytic between the support beams.

This took tenacity and effort. This story ought to shame us. We do not bring others to Christ because it is inconvenient. These men overcame what appeared insurmountable obstacles. They refused to wait. They were bringing the paralyzed man to Jesus NOW!

This was not lost on the scribes. They accused Jesus of “blaspheming.” The charge would have been accurate if Jesus were a mere man.

Anyone can say, “Your sins are forgiven.” The words are not impossible to utter. But that does not mean your sins are actually forgiven. There would be no empirical evidence to prove or disprove my claim. The reason there would be no evidence is I do not have the power to forgive sin. Jesus did and does. Jesus combined the forgiveness of sin with the man’s physical healing.

When Jesus forgives our sins empirical evidence follows. Your life changes. Your desires change. Your priorities change. You live with a different purpose. Those are all evidence of what has occurred.

Jesus’ words may be misunderstood. Mark tells us Jesus saw their faith. It was not faith that saved the man. It was faith in Christ. Faith in something does not make it true. Faith in something does not cause anything to occur. We are not saved by our faith. We are saved through faith. We are saved by God’s grace. Faith is the instrument God uses.

Christ granted the men’s request on behalf of the paralytic. Christ healed his ailment. But does their faith extend to the paralytic? Yes, sort of.

Realize our faith comes to us as a gift from God. (Ephesians 2:8) So faith is not something we generate ourselves. It comes from God. In our natural state, we hate God. (Romans 3:10-12) So, at the most base level, our faith belongs to someone else.

Throughout biblical history, we see examples of ones person’s faith benefiting others. Abraham’s faith benefited his offspring. Both Abraham and his seed received the covenant of God.

In a similar a way the grace of God extended to the children of all believers by their faith. This goes for their children and their children’s children even before they are born. This applies even to infants, who are incapable of faith.

What about adults who are capable of faith? A believer’s faith may have an indirect effect on their salvation. What about prayers, where we ask God to turn unbelievers to repentance? Are these effective? Where there is a mutual agreement in faith, our prayers promote the salvation of each other.

So, yes, the faith of one can and does benefit others.

With regard to the present passage, The men’s faith moved Christ. But, the paralytic could not have received forgiveness of his sins, if he did not have his own faith. Unrighteous people often received physical healing from Christ. God makes his sun to rise on the just and unjust. (Matthew 5:45). But He reconciles us through the faith in us.

We can clear up the confusion by realizing this is a synecdoche. A synecdoche is a figure of speech. It is where a part represents the whole and vice versa. For example, “Dallas won by a touchdown.” (meaning the Dallas Cowboys football team). So when Mark said Jesus saw their faith: he refers to the whole, the faith of the paralytic and the men who brought him.