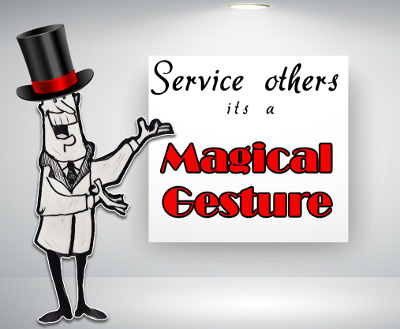 And James and John, the sons of Zebedee, came up to him and said to him, “Teacher, we want you to do for us whatever we ask of you.” And he said to them, “What do you want me to do for you?” And they said to him, “Grant us to sit, one at your right hand and one at your left, in your glory.” Jesus said to them, “You do not know what you are asking. Are you able to drink the cup that I drink, or to be baptized with the baptism with which I am baptized?” And they said to him, “We are able.” And Jesus said to them, “The cup that I drink you will drink, and with the baptism with which I am baptized, you will be baptized, but to sit at my right hand or at my left is not mine to grant, but it is for those for whom it has been prepared.” And when the ten heard it, they began to be indignant at James and John. And Jesus called them to him and said to them, “You know that those who are considered rulers of the Gentiles lord it over them, and their great ones exercise authority over them. But it shall not be so among you. But whoever would be great among you must be your servant, and whoever would be first among you must be slave of all. For even the Son of Man came not to be served but to serve, and to give his life as a ransom for many.”

This provides a keen insight into the human condition. Ambition and vanity overcome us all.

James and John start off with, “Hey Jesus we what you to do whatever we ask.” Say what! Who is the Lord? Who is the servant?

We can come down on James and John but we are no different. Our prayers are a laundry list of request. We try to play “Let’s Make a Deal”. Or we try to find the right formula to get God to do what we want. God is not our servant. We are His. He does not do our bidding. We do His.

What Jesus had told them was clear. They did not understand it. Jesus said the church was going to hand Him over to the Gentiles. The Gentiles were going to spit on, flogged and kill Him. Now, here come James and John, “Can we sit next to you on your throne?” Hey guys, wake up! “But whoever would be great among you must be your servant, and whoever would be first among you must be slave of all.” (v 43b-44)

James and John fell into the ambition trap. They heard the Kingdom of God was at hand. They wanted a place of honor in it. They elevated themselves over the others and wanted Christ to do the same.

If two of the closest of Jesus’ disciples can fall, we too can fall. In fact, all the disciples engaged in the same self-centered thinking. They were all indignant over the idea of James and John elevation over them. We need to be on guard against such selfish ambition. We need to keep our eyes on Christ, not on ourselves.

Their thinking was very much the way we think today. “We were in on the ground floor. We were there in the early days when everything was tough. We believed when no one else did. We helped bring in the Kingdom. We deserve a special honor. If you don’t ask the answer is no. There is no harm in asking.”

We can commend both James and John for their confidence in the Kingdom. At that time there was not even a trace of it. So this sinful ambition came out of faith. But sin corrupts everything we touch. That is the doctrine of Total Depravity. Not that we are as bad as we can be but that our depravity is through and through. It affects us in total.

Jesus’ response is two-fold. First He points out this is not a cake walk. There is tremendous hardship involved. “You don’t know what you are asking. Can you drink the cup I drink or be baptized with the baptism I am baptized with?”

To correct their wicked ambition, Jesus points to the cross. He points out all that the children of God must endure. It is as if he had said, “Do you have so much time on your hands that you are making arrangements for the victory dance.” If they were attending to what they were called to do, if they were doing their current job, they would not have time for selfish ambition. Christ tells those who are trying to enjoy the prize before the proper time to stop it. They are to play the role assigned to them.

The use of the metaphor of baptism is clear. By baptism Christ said believers are to deny themselves, (Matthew 16:24;) to crucify the old man, (Romans 6:6;). In short, we are to bear the cross. The cup did not refer to the Lord’s Supper. Christ had not yet instituted it. It denotes the measure of afflictions which God appoints to everyone. “Drinking the cup,” is an Old Testament symbol for suffering and wrath (Psalms. 75:8; Isiah. 51:17–22; Jeremiah. 25:15; Ezekiel. 23:31–34).

James’ and John’s answer is quick and confident. “You bet we can. We are willing to do whatever is necessary.”

Christ response was just as quick. “Well, your gonna,” Christ warns them of what was going to happen. But it fell on deaf ears. It was not until the resurrection, did they understand. It was not until the infilling of the Holy Spirit were they able to drink the cup. Until that point, they were scared cowards.

Christ’s response does not imply there will be equality among the children of God. But Christ promises the honor the Father has assigned from all eternity.

James and John’s request offended the others. Their offense was well founded. But what harm had come to them? James and John wanted something they could not have. How did that affect the others? It did not. Christ’s refusal should have satisfied them. Instead, they were indignant.

Jesus took the opportunity to point out James and John’s sin belonged to them all. None of them were willing to yield to the others. They all held the secret desire to hold a position of primacy. Ambition springs up in all men. It contaminates everything we touch unless the Holy Spirit extinguishes it.

I once called on a large telephone company on the east coast. They had rules of all those things. They had rules based on the position in the company how large the pictures in the office could be. What positions in other companies they could talk to. A director could talk to an equal position in another company, level up and one level down. That was it. It was all to protect positions of power.

Jesus tells us His followers were not to be that way. The greatest is the servant of all.

Christ the creator of the universe came into the world to sacrifice Himself for us. He left the splendor of heaven. He suffered indignation. He did so of His own free will. What would make us think we can or should do less.

Christ paid a ransom. He paid the price or our freedom. The price was Jesus’ own blood. He stood in humanity’s place. He was our substitute. He endured the judgment we deserved for our sin.