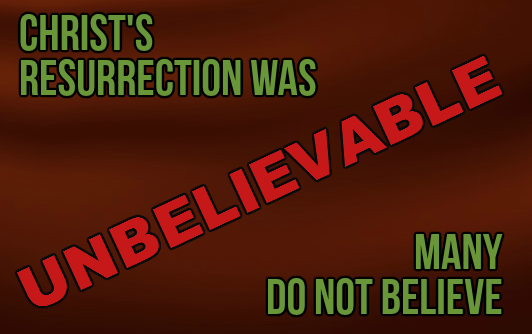 They were on their way up to Jerusalem, with Jesus leading the way, and the disciples were astonished, while those who followed were afraid. Again he took the Twelve aside and told them what was going to happen to him. “We are going up to Jerusalem,” he said, “and the Son of Man will be delivered over to the chief priests and the teachers of the law. They will condemn him to death and will hand him over to the Gentiles, who will mock him and spit on him, flog him and kill him. Three days later he will rise.”

Mark tells us something the other Gospel writers omit from this account. Mark says the disciples were astonished and the rest of the followers were afraid. Why? What caused this fear? They were headed to Jerusalem. The Jews in Jerusalem were out to kill Jesus. They already had tried. Even if Jesus was the Messiah and would reign as they expected, hanging out with Jesus was dangerous. Being a known associate of Jesus could mean their life as well. What were they afraid of? They were afraid of dying

Even though their fear was unfounded, it was real. This is evidence of their extraordinary respect and obedience. And Jesus told them He was going to die and the manner of His death. This did not allay their fears. It heightened them.

Jesus told them exactly what would happen. Gentiles would mock Him. They would spit on Him, flog Him and kill Him.

Those condemned to death in the Roman judicial system were flogged. Jesus told them He was going to be tried and convicted in a Roman court.

This was bad news. They were going to Jerusalem where there was an impending danger. Jesus says, “I know you are afraid of them killing me. You are right. I am going to die.”

I can think of nothing that would cause them more distress. Yet Jesus does not spare them. Jesus knew this would cause distress. You might argue that revealing this to them was not kind. It was not loving. It would be kinder to let it happen. Why start the suffering early?

You could argue it. But you would be wrong. While this caused stress and pain now, the joy they would experience later would overcome it. They would remember He told them. Their faith would be stronger as a result. Often what we suffer makes us stronger. That was the case here.

Christ does not leave them without hope. He told them, three days after His death He would rise. But this too was for their future benefit. At that time they did not believe it. Dead people stay dead. Dead people do not come back to life. Dead people do only two things rot and decay.

They must have thought this was another parable. This was another teaching they would need Jesus to explain later. Dead people stay dead. A literal resurrection three days later was absurd.

They knew the Messiah would reign in glory. The fact He would die such a shameful death was absurd.

We can praise God that Christ did not shrink away from His mission. He knew what laid ahead. He knew, yet He marched forward. He paid the price for our salvation. Praise God for His goodness.