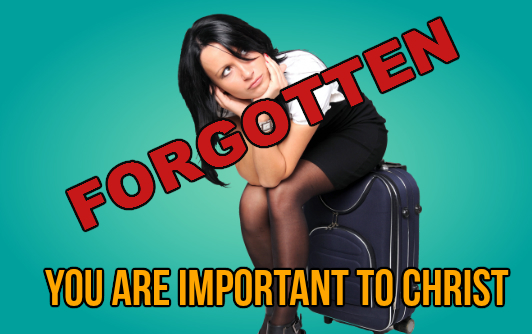 And they came to Jericho. And as he was leaving Jericho with his disciples and a great crowd, Bartimaeus, a blind beggar, the son of Timaeus, was sitting by the roadside. And when he heard that it was Jesus of Nazareth, he began to cry out and say, “Jesus, Son of David, have mercy on me!” And many rebuked him, telling him to be silent. But he cried out all the more, “Son of David, have mercy on me!” And Jesus stopped and said, “Call him.” And they called the blind man, saying to him, “Take heart. Get up; he is calling you.” And throwing off his cloak, he sprang up and came to Jesus. And Jesus said to him, “What do you want me to do for you?” And the blind man said to him, “Rabbi, let me recover my sight.” And Jesus said to him, “Go your way; your faith has made you well.” And immediately he recovered his sight and followed him on the way.

There are some inconsistencies between the gospel writers about this story. Matthew and Mark say that Jesus performed the miracle on His departure from the city. Luke states Jesus performed it before entering the city. Mark and Luke mention only one blind man. Matthew mentions two.

One gospel writer often passes over details another mentions. This is not strange. It does not mean one is right and another wrong. There could have been more than one. There is no reason to mention more than one if mentioning the others adds nothing to the story.

Writers and storytellers often do this. They may leave details out on purpose. In fact, adding the details may detract from the story or message.

That explains the difference in number but what about the timing? Did it happen when Christ entered the city or when he was leaving?

John Calvin offers a theory. Calvin’s theory is this. Bartimaeus cried out when Christ’s entering the city. But he was not heard over the noise. When Christ left the city Bartimaeus placed himself in the middle of the road. He did not want to be overlooked this time. Again Calvin goes on to imagine Luke connected the two events into one.

Calvin’s explanation is only conjecture. But it is plausible. Christ often delayed relieving men when He wanted to try men’s faith.

Outside Jericho, a man by the name Bartimaeus sat beside the road. When he heard Jesus was coming he cried out “Jesus, Son of David, have mercy on me.” The term “Son of David was a popular term for the Messiah.” Bartimaeus acknowledged Jesus as the Christ, the Messiah of Israel.

Isn’t it interesting how those with Jesus responded? They followed Jesus out of duty and respect. They considered themselves important because they were with Jesus. They were His disciples.

But where did they get their importance? It was not inherent in themselves. Their glory, honor, and importance were all derived. It all came from Christ. They refused to allow one who was as wretched as they were Christ’s favor. Thus, they abused the honor Christ bestowed on them.

We are no different. We often act as barriers to Christ rather than conduits.

Satan tried to throw an obstacle of pious men in front of a blind man. We must always be on guard.

Jesus asked Bartimaeus what he wanted. Christ did not ask the question because He did not know. Christ did not ask the question so Bartimaeus would speak the words. He asked for those standing around observing the event. The world absorbs God’s benefits without realizing they have received a benefit. Christ had the crowd stop, slow down and recognize the blessing they, as well as Bartimaeus, were to receive. They were about to receive a visible sign that He was the Messiah.

Bartimaeus told Jesus he wanted his sight back. Jesus’ response was “Your faith has made you well.”

Let us not be overconfident in ourselves or our faith. Yes, we are saved through faith. But our faith does not save. It is the object of our faith that saves. Faith in Buddha, Mohammad, or Confucius will not save. Even faith in Jesus will not save if it is faith in a different Jesus. For example, faith in the Jesus of Mormons or Jehovah Witnesses will not save. It does not matter how strong your faith is. The strength of the faith is not germane. It is the object of the faith that is important. Faith is only the instrument Christ uses.

Bartimaeus followed Christ on His way. Where was Jesus heading? He was going to Jerusalem and His death. If we are to follow Christ we must follow Him to the cross. But remember it does not end at the cross. It does not even end at the resurrection. Christ ascended to heaven and continues to advocate for us with the Father.