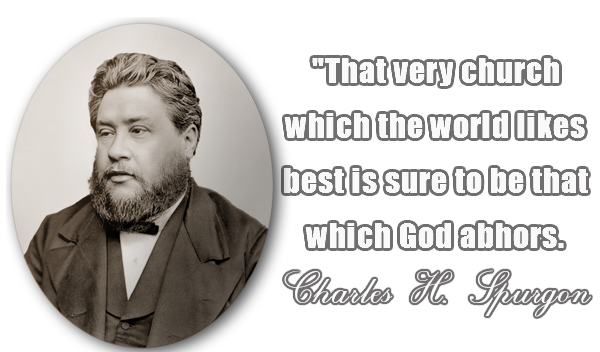 Jude, a servant of Jesus Christ and brother of James,

To those who are called, beloved in God the Father and kept for Jesus Christ:

May mercy, peace, and love be multiplied to you.

Beloved, although I was very eager to write to you about our common salvation, I found it necessary to write appealing to you to contend for the faith that was once for all delivered to the saints. For certain people have crept in unnoticed who long ago were designated for this condemnation, ungodly people, who pervert the grace of our God into sensuality and deny our only Master and Lord, Jesus Christ.

Now I want to remind you, although you once fully knew it, that Jesus, who saved a people out of the land of Egypt, afterward destroyed those who did not believe. And the angels who did not stay within their own position of authority, but left their proper dwelling, he has kept in eternal chains under gloomy darkness until the judgment of the great day— just as Sodom and Gomorrah and the surrounding cities, which likewise indulged in sexual immorality and pursued unnatural desire, serve as an example by undergoing a punishment of eternal fire.

Yet in like manner these people also, relying on their dreams, defile the flesh, reject authority, and blaspheme the glorious ones. But when the archangel Michael, contending with the devil, was disputing about the body of Moses, he did not presume to pronounce a blasphemous judgment, but said, “The Lord rebuke you.” But these people blaspheme all that they do not understand, and they are destroyed by all that they, like unreasoning animals, understand instinctively. Woe to them! For they walked in the way of Cain and abandoned themselves for the sake of gain to Balaam’s error and perished in Korah’s rebellion. These are hidden reefs at your love feasts, as they feast with you without fear, shepherds feeding themselves; waterless clouds, swept along by winds; fruitless trees in late autumn, twice dead, uprooted; wild waves of the sea, casting up the foam of their own shame; wandering stars, for whom the gloom of utter darkness has been reserved forever.

It was also about these that Enoch, the seventh from Adam, prophesied, saying, “Behold, the Lord comes with ten thousands of his holy ones, to execute judgment on all and to convict all the ungodly of all their deeds of ungodliness that they have committed in such an ungodly way, and of all the harsh things that ungodly sinners have spoken against him.” These are grumblers, malcontents, following their own sinful desires; they are loud-mouthed boasters, showing favoritism to gain an advantage.

Jude wrote his letter to aid the church rather than a condemnation of the sinful. He writes so we may defend the faith with all the strength we can muster. We are to defend the faith both in our doctrine and by the way we live.

Jude mentions he is the brother of James not because he received authority from James. It is just because James is better known. Faithfulness and true doctrine do not depend on endorsements from mere mortals. Yet, it is useful to know that someone is in agreement with men who teach sound doctrine. Also, Jude does not mention James as a private individual. Rather he mentions James in his role as an apostle. The general church recognized James as the chief apostles of Christ.

Jude mentions he prays for a threefold blessing from God for his readers, mercy, peace and love. God made us partakers of the gospel by His merciful calling. God regenerates us by His Spirit to a new life. He demonstrates His love by preserving us through the hand of Christ so we do not fall away from salvation.

Jude wanted to write about the wonders of salvation he shared with his readers. But there was a more pressing need. Pastors should always consider the state of the Church and what the Church requires. It is often not easy to address these things. Nevertheless, it is needed.

Jude addresses an evil within the church itself. There were those inside the church who abused the grace of God. It is the idea that “God likes to forgive and I like to sin. It seems like a perfect match.” This is easy believism.

This presumes on God. It forgets that God is not only merciful, He is also just. He is righteous. God gives us His grace so we may live sober, righteous lives in this world. He does not give it so we may live debauched lives.

These false Christians perverted the doctrine of eternal security. Once saved always saved. Eternal security does not allow us to presume on God. It is a doctrine to comfort us. It is not a doctrine to allow us to lived debauched lives. When God regenerates, He creates a new life. Why then do we continue to sin? Paul addresses this in Romans 7:18-19. There he says, “For I know that nothing good dwells in me, that is, in my flesh. For I have the desire to do what is right, but not the ability to carry it out. For I do not do the good I want, but the evil I do not want is what I keep on doing.”

Paul’s renewed life strives not to sin. And when he does sin eternal security lets him know God will forgive him when confesses his sin. There is a world of difference between the doctrine of eternal security and the easy believism Jude is addressing.

Jude gives three examples of God’s wrath. First Jude mentions the Israelites. God saved them from slavery in Egypt. Then God, in the desert, destroyed those who did not believe. In like manner, God calls us. We are to take care with His grace. We are to walk in fear of God. If we treat Him and His gift of grace with callous disregard, we too will suffer punishment.

Next Jude adds an example of angels. This is an argument from greater to lesser. The angels’ state is higher than ours. Yet God punished the angels for their desertion of duty. So, when we abandon His grace, He should expect His wrath.

The final example is Sodom and Gomorrah. This example is a little different. It is more general. God punishes all unrighteousness. Jude singles out sexual immorality. Here we should take heed today. We live in a society that condones sexual perversion. And it condemns those who speak out against it. It does not matter rather it is heterosexual, homosexual or bisexual. To speak against sexual immorality is to risk condemnation. Often there is condemnation against those who speak against sexual perversion even from within the church.

Jude says those who were perverting God’s grace were destined for condemnation. They are Christian impostors. Jude describes these impostors by the way they live, and their doctrine. He says they rely on dreams. They claim God spoke to them in dreams. They claim their dreams were direct revelations from God.

Thos who claim direct revelation from God, claim the office of prophet and apostle. God does not reveal himself through dreams. He may have in the past. But today, God speaks through the scriptures, Hebrews 1:1-2. When we claim God said something He did not say we blaspheme His name.

These impostors justified their action by claiming God told them it was OK. This is not unique. What Jude condemns here is epidemic in the church today. The claim to special revelation is common. It is not at all uncommon to hear the phrase, “God told me …” among evangelicals today.

These impostors were antinomian. They believed the law did not apply to them. They were under grace not under the law. Such a belief blasphemed God. Jude tells us that the archangel Michael was careful to in his speech even to Satan. Michael did not condemn Satan. Michael delivered him to God for condemnation.

Jude’s mentioning Moses can be confusing. There is no debate God buried Moses. So why would Micheal need to battle Satan over the body? God concealed Moses’ burial site. He did so to prevent the Israelites from using his body to promote superstition. It is little wonder then, that Satan would attempt to make the site known. Satan throughout the ages has tried to make the bodies of God’s saints idols. He has succeeded in the Roman church.

These impostor are not condemned for what the do not know. What they understand instinctively destroys them. Men may deny the truth. But they still know it. But these impostors not only deny what they know, they blaspheme what they do not know.

Jude says these impostors were imitating Cain. Cain was ungrateful to God and perverted his worship through a wicked heart. They were like Balamm because they adulterated the true doctrine by chasing money. And then Jude says they participated in Korah’s rebellion. They disturbed the order of the Church.

Jude tells his readers these impostors disgrace their love feast by their presence. They gorge themselves. These feast should be an opportunity to show restraint and moderation. But these impostors would indulged to excess.

Jude illustrates how these impostors were full of only empty promises. There was nothing within them. Waterless cloud promise rain but deliver none. Fruit trees are to produce fruit but there was none. Wild wave gives a foam and wandering stars are here for a season but do not deliver on their promise.

Those consumed by their lusts are never satisfied. Regardless of how well Christ and Christians treat them, they always complain.