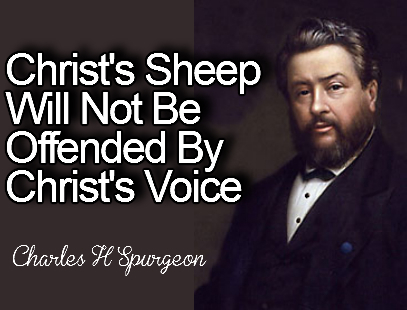 When they heard these words, some of the people said, “This really is the Prophet.” Others said, “This is the Christ.” But some said, “Is the Christ to come from Galilee? Has not the Scripture said that the Christ comes from the offspring of David, and comes from Bethlehem, the village where David was?” So there was a division among the people over him. Some of them wanted to arrest him, but no one laid hands on him.

The officers then came to the chief priests and Pharisees, who said to them, “Why did you not bring him?”The officers answered, “No one ever spoke like this man!” The Pharisees answered them, “Have you also been deceived? Have any of the authorities or the Pharisees believed in him? But this crowd that does not know the law is accursed.” Nicodemus, who had gone to him before, and who was one of them, said to them, “Does our law judge a man without first giving him a hearing and learning what he does?” They replied, “Are you from Galilee too? Search and see that no prophet arises from Galilee.”

Here is the scene. Jesus has created a stir. He just stood up and screamed, “If anyone thirsts, let him come to me and drink.” It was on the last day of the Feast of Booths. It was in the Temple. In was during a religious ceremony.

Those who saw Him as the Christ were more correct. And of course, there were those who only wanted to debate. Divisions should not surprise us. Christ sermons produced schism. We see that division here. A debate breaks out between those who were familiar with the faith. It occurred in the seat of the Church. This division is not the fault of Christ’s message. The message is true. The fault lies in our sinfulness.

We reject the truth because we hate God. (Romans 1:30) We reject Christ’s message and want to find the truth somewhere, anywhere, else. That does not mean the Gospel is the source of strife. Strife comes from men’s rejection of it. We want it to be about us. We refuse to believe it is about God. God saves us not for our good but for His Glory. (Roman 9:22-23)

Some of those in the crowd tried to seize Christ but could not. That should not surprise us. The message of the Gospel aroused anger in some. Often, anger drives men to violence. The crowd wanted to harm Christ. Today, they people attack Christ by attacking Christians. Christians are is Christ’s body. So, nothing has changed.

The officers returned to the chief priests without Jesus. This is the second time they were unable to arrest Him. The first time was in verse 32. The chief priest had sent the guards when Jesus started teaching in the middle to the festival. This attempt occurred on the last day of the feast.

It is clear the guard’s failure to arrest Jesus angered the chief priests. They had sent Temple guards twice to arrest Jesus. And twice the guards returned empty handed. The chief priests were arrogant enough they thought nothing should interfere with their desires. When they asked why the guards had returned without Jesus. The guards replied. “You don’t understand. This guy teaches and says things like no one else. We couldn’t touch him.”

If Christ’s teaching was so strong, why didn’t the guard become believers? Isaiah 11 needed to be fulfilled. “He shall strike the earth with the rod of his mouth, and with the breath of his lips, he shall kill the wicked. (Isaiah 11:4)

We will see in John 18 how Christ’s words threw back those who came to do Him harm. And they became like dead men. (John 18:6)

First, the chief priests said the crowd is a bunch of uneducated fools. That was the only reason they believed Jesus. That is the same reasoning we hear today for people. My undergraduate degree is in physics. I am often amused by people who say they do not believe in God they believe in science. Yet their knowledge of science exists in only pop culture sense. I doubt they could even recognize a differential equation let alone solve one. It is not they believe in science. They claim their God is science but refuse to study it.

What they mean is, “I do not want to believe in God. And I will use any excuse to not believe.”

The chief priests claimed the guards should reject Christ and appeal to authority. There were not any experts in the scripture who believed in Christ. This appeal is humorous if you follow the what is going on. They argue no one should believe in Christ because not one of the experts believes. Nicodemus raises his hand and says not so fast guys. I just might be the one to disprove your argument. So then, they attacked Nicodemus.

The truth is not determined by personal opinion or popular vote. The truth does not change. We can only find truth in Christ. God’s offers His grace and mercy through Christ. Believe.