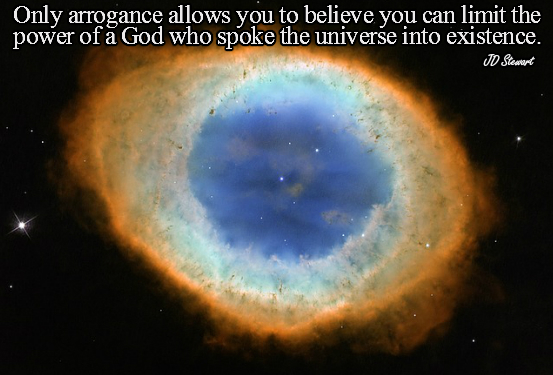 After this, there was a feast of the Jews, and Jesus went up to Jerusalem.

Now there is in Jerusalem by the Sheep Gate a pool, in Aramaic called Bethesda, which has five roofed colonnades. In these lay a multitude of invalids—blind, lame, and paralyzed. One man was there who had been an invalid for thirty-eight years. When Jesus saw him lying there and knew that he had already been there a long time, he said to him, “Do you want to be healed?” The sick man answered him, “Sir, I have no one to put me into the pool when the water is stirred up, and while I am going another steps down before me.” Jesus said to him, “Get up, take up your bed, and walk.” And at once the man was healed, and he took up his bed and walked.

Now that day was the Sabbath. So the Jews said to the man who had been healed, “It is the Sabbath, and it is not lawful for you to take up your bed.” But he answered them, “The man who healed me, that man said to me, ‘Take up your bed, and walk.’” They asked him, “Who is the man who said to you, ‘Take up your bed and walk’?” Now the man who had been healed did not know who it was, for Jesus had withdrawn, as there was a crowd in the place. Afterward, Jesus found him in the temple and said to him,“See, you are well! Sin no more, that nothing worse may happen to you.” The man went away and told the Jews that it was Jesus who had healed him. And this was why the Jews were persecuting Jesus because he was doing these things on the Sabbath. But Jesus answered them, “My Father is working until now, and I am working.”

This was why the Jews were seeking all the more to kill him, because not only was he breaking the Sabbath, but he was even calling God his own Father, making himself equal with God.

The feast referred to in this passage is most likely Pentecost. This is the feast that occurs fifty (50) days after Passover. Jesus returns to Jerusalem for this feast. He came to Jerusalem for the feast partly because there would be a large crowd. This gave Him the opportunity to teach. But He went there also because He was subject to the Law. He must fulfill the Law in every respect so He could redeem us from the bondage of the Law.

The evangelist explains there is a pool by the Sheep Gate. Two things are important here. First, the fact that he is telling us there is a pool. This shows again he is writing this to someone or a group who are unfamiliar with Jerusalem. Otherwise, he would just need to say at the pool called Bethesda. Second, notice the tense of the sentence. There “is in Jerusalem… which has 5 roofed colonnades” Not, there was in Jerusalem. Or, which had 5 roofed colonnades. This indicates the author wrote the book before 70 AD. The Romans destroyed Jerusalem in 70 AD. There are those who claim the Gospels writings did not happen until about 100 years after the death of Christ. They do not have textual evidence on their side.

There were a large number people in the area. We know this because the author tells us there were a lot of infirmed people at the pool. Plus, Jesus disappears into the crowd. That is why the man cannot find Jesus when asked why he is carrying his bed on the Sabbath. What the writer is doing is letting us know this event did not occur in secret. Jesus reveals Himself before a large crowd.

Jesus did not cure the sniffles. He did not heal a run-of-the-mill illness. This was a chronic illness which the man had for thirty-eight years. We do not know how old the man is. He could be elderly and this something he contracted as a young man. Or he could be a middle-aged man and the disease came upon him as an infant. In any regard, this was an incurable disease.

But why only this man? Why not all those who were stricken.? Jesus was capable of doing it. He could in a single moment cured them all. Why stop with this man? In fact, why were they stricken at all? Why is there any disease and suffering in the world? If God cares about us why do we suffer? If God is good why is there evil in the world?

But why only this man? God has mercy on those He has mercy. (Romans9:15) Many died in the time of Elisha. But God only raised one boy. (2 King4:32-37). There were many widows hungry and suffering during the drought. But God only relieved one through Elisha (1 Kings 17:8-18). Nothing is more unreasonable than we should subject God works to our own judgment. God will often present things which are contrary to our judgment to make us more obedient to Him.

The man had been ill for thirty-eight years. Being sick that long had taken away all hope of a cured. This complete lack of hope caused Christ power to appear ever stronger. This is contrary to those who would claim our lack of faith limits God’s power. They say God can only work if we believe. It is a lack of hope, a lack of faith, which caused Christ’s power to shine even brighter. The idea we limit the power of the one who spoke the universe into existence by our faith is ridiculous.

The man’s faith had nothing to do with his healing. Even after his healing, he did not acknowledge Christ. He did not even know the one who healed him.

When Jesus asked the man “Do you want to be healed?” He did not ask it as if there were any doubt about it. Rather, He asked to kindle a desire, a hope where there was not hope. It also was to gather the attention of those who were nearby.

The man’s response is noteworthy. He limits God to his own thoughts. He believed God was only capable of doing what he could conceive. We too try to limit God to only what we believe God or to our understanding, or our daily experience.

It was important that the man carried his bed. All were to see Christ cured the man. Jesus was well aware of the Law. The Law forbids carrying any burden on the Sabbath day. (Jeremiah 17:21). But there were two reasons Christ told the man to carry his bed. First, it was to make people aware of the miracle. Second, it would give Him the opportunity to reveal He was the Son of God. So, this is not an overturning of the Law. It is Christ using the Law to reveal Himself. Carrying the bed brought glory to God. Carrying the bed was an act of worship. When we bring God glory we keep the Sabbath day holy.

The authorities question the man about carrying a bed on the Sabbath. They find his answer unsatisfactory. They should have no longer condemned the man. We should learn to avoid judgment until we known the reason for the action. We should condemn whatever contradicts God’s word. But often there are mistakes and we ought to be the first to inquire in a calm manner.

The Jews were so blind they could except this was an extraordinary work or God. Nor were they able to withhold their judgment until they heard from a Prophet of God.

Jesus finds the man and reminds him to show gratitude to God. When Jesus says,”You have been made well.” He does not mean the man has only had an illness removed. Jesus reminds the man is to live all his life in service to God, his Deliverer.

When Jesus says sin no more, Jesus is not claiming he is to live devoid of all sin. Rather Jesus exhorts him to repent and not do as he had done before.

The man’s intentions are now pious. He wishes to bring Christ honor. This is just and right. The Jews now accuse Christ of having violated the Sabbath and they show extreme cruelty. Jesus should not be doing good on the Sabbath. They wanted Jesus to wait twenty-four hours. The man would still be there tomorrow. He would still be ill tomorrow. In their mind what was one more day after thirty-eight years?

But Jesus’ purpose was not to heal the man. Jesus’ purpose was to show God’s power and teach He was the Son of God. Healing on the Sabbath did that. If Jesus waited until after the sabbath no would be there to see the glory of God.

Jesus does not claim the Law about Sabbath keeping was temporary and no longer in effect. He maintains He has not violated the Law because His work was a divine work. The Law only commands us to abstain from our work. When we do God’s work we do not disturb the holy rest. Sabbath rest is not idleness.

Jesus says He is not violating the Sabbath because He is God. This defense only enrages the Jew s fury. Jesus shows us here other’s reaction should affect our maintaining God’s truth. We are not to yield. Nor should their reaction discourage us. Christ Himself did not always have a positive response to Him.