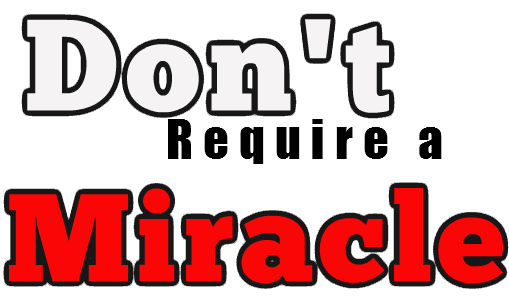 So he came again to Cana in Galilee, where he had made the water wine. And at Capernaum, there was an official whose son was ill. When this man heard that Jesus had come from Judea to Galilee, he went to him and asked him to come down and heal his son, for he was at the point of death. So Jesus said to him, “Unless you see signs and wonders you will not believe.” The official said to him, “Sir, come down before my child dies.” Jesus said to him, “Go; your son will live.” The man believed the word that Jesus spoke to him and went on his way. As he was going down, his servants met him and told him that his son was recovering. So he asked them the hour when he began to get better, and they said to him, “Yesterday at the seventh hour the fever left him.” The father knew that was the hour when Jesus had said to him, “Your son will live.” And he himself believed, and all his household. This was now the second sign that Jesus did when he had come from Judea to Galilee.

Jesus now arrives at Cana in Galilee after leaving Sychar in Samaria. In Sychar Jesus did not perform any miracles. Yet when Jesus left Sychar, He left a town full of believers. John tells us Jesus performed at least two miracles in Galilee this trip. Yet the only believers recorded for us are the nobleman and his family.

It is probable that the official was part of Herod’s court. Caesar himself may have appointed him.

The official asked Jesus to come to his house to heal his son. He believes the power of Christ is inseparable from his physical presence. He saw Christ only as a prophet.

Even though the official’s error deserves condemnation, Christ overlooks it. He instead chastises him and all the Jews in general, that they were too eager to see a miracle. We are the same today. We are so anxious to see miracles we call everything a miracle. We place signs in our homes and workspaces that say. “Expect a miracle.” We deserve no less chastisement than this man. Perhaps we deserve greater chastisement because we have the scripture.

The official did not believe Christ’s teaching had power or authority. He only believed Christ’s physical presence had power. The lack of faith in true doctrine is the source of Christ’s chastisement.

The problem is the Jews depended so much on miracles there was not room for the word. (1 Corinthians 1:22) We may desire a miracle to confirm or shore up our faith. But we must never forget we have God’s word has power.

Christ grants the official’s request. But He does so to correct a fault and remove an obstruction to faith.

When Jesus heals the son we notice He does so with amazing kindness. Christ bears with the man’s ignorance. He stretches His power beyond what the man expected. The man believed Jesus could heal his son of sickness. But once the boy was dead that was the end.

There are those today who have the arrogant belief we are so much smarter than those who lived in ancient times. They believed in the dead coming back to life. We think they were so superstitious. That is why they were willing to believe Christ rose from the dead. Of course, we are smarter than they are and we know rising from the dead is not possible.

While Christ does not grant his request to go with him Christ gives the man the true desire of his heart. He heals the son.

The official did not show Christ the respect Christ deserves. Yet a simple word from Christ awoke a confidence in him to believe his son would live.

There is no promise here that Christ will heal us or our children. Yet our faith will not be fruitless. We will experience the promises of God, even when they seem delayed.

The official’s servants met him on the road and told him his son was going to be OK. The fever had broken. The official asks when the fever broke, as Calvin says, “by a secret impulse of God.” God prodded the man to ask to make clear the source of the healing. Satan works hard to hide God’s works from us.

The official believed as well as his whole house. Not only does he now believe Christ healed his son, He acknowledges Christ is the Son of God. He makes a profession of faith in the Gospel.