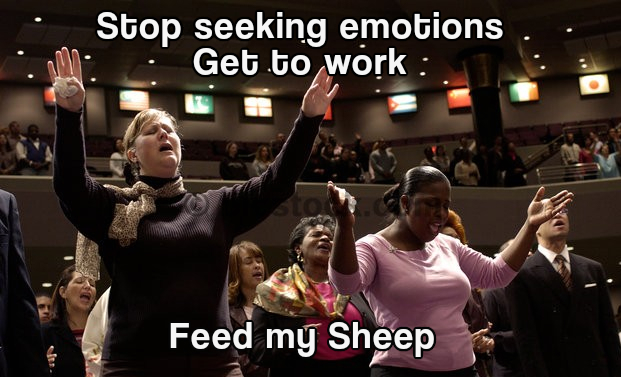 Now there are also many other things that Jesus did. Were every one of them to be written, I suppose that the world itself could not contain the books that would be written.

They finished breakfast and Jesus questioned Peter. In doing so Jesus called Peter by his formal name, Simon, son of John. Peter had fallen. Jesus now restored him.

The Greek verb Jesus used translated “love” changes the third time. Peter’s answer has this second verb every time. By using a different word some believe this shows a difference in intent. While it is possible, it is not necessary. First, John uses these the verbs interchangeably elsewhere in His Gospel. Second, the context does not support a change in meaning or intensity. This same passage uses other wording that has the same meaning. For example, “Feed my lambs,” “Tend my sheep,” and “Feed my sheep.” These are all the same.

Jesus restored Peter to the position He had assigned to Peter. He needed to do this for both Peter and the rest. The disgrace of Peter’s denial could have hindered his fulfilling his assignment. It allowed Peter, to execute his office with boldness. Peter was now assured of his calling. He was assured Christ had again reinstated him to his position as an apostle.

For the others, Christ removed the stigma attached to Peter from his denial. Christ removed any doubt Peter was reinstated. We also benefit from Peter’s reinstatement. Peter comes to us as a new man. Christ’s demonstration of mercy leaves us with a hope of God’s mercy. We have a hope of forgiveness when we deny our Lord.

The full context points out to us Peter’s zeal caused him to leave Christ’s blessing and run toward Christ. Peter left the work to others. Christ referred to this when he told Peter to feed His sheep.

“Peter do you love me? Then do the hard work of caring for what is mine.” Peter was after the emotional high. He wanted to be near Jesus. His zeal caused him to not express his love for Christ as Christ desired. Peter was like a lovesick adolescent. He was immature. Christ told him if you love me, take care of those who belong to me. “Feed my sheep.”

Understanding this allows us to refute Rome’s claim about Popery. Rome claims Christ gave Peter a charge not given to any other apostle. Rome claims Christ gave the charge of caring for His sheep to Peter alone. We see this is far from the case. The charge Christ gives to Peter He gives to us all. He gives to the church. We are to care for those who are Christ’s. We are to do the hard work. We are to do the work assigned to us. We are not to seek an emotional experience. We have a job. So let’s do it.

Christ does not tell Peter to care for all sorts of persons. Christ only gives the charge to care for those who are Christ’s. His lambs. Christ describes His sheep as those who hear His voice and follow Him. (John 10:5,27)

We are to try and gather all to Christ. We cannot distinguish between His sheep and others. But we are not to try and make wolves into sheep. Only Christ can create a new creature.

Jesus asked Peter a third time if Peter loved Him. This grieved Peter. It is clear Peter did not get the lesson Jesus was teaching. Peter was not an “A” student in the Jesus rabbinic school. It appears he was at best a “C” student and maybe a “D” student. But that gives us hope too. Christ can and will use us. We may not get it all right. We may not even get most of it right. But Christ redeems us and uses us for His glory.

Christ then goes on to tell Peter how his life will end. Most of us look forward to a peaceful and tranquil life as we age. When we are young we work hard. We look forward to our “golden years.” Christ tells Peter his life was to be inverted. When Peter was young he had it easy. Peter did as he pleased. But in his old age, Peter would be subject to others. In other words, Peter’s life was inverted.

Peter demonstrated he remained a master of missing the point. Peter looks around and sees John and said, “What about him.” In other words, Why single me out. You should treat everyone the same. That’s not fair!

Christ reminded Peter He was Lord, not Peter. Peter’s job was to obey and serve. Peter was to worry what Christ demanded of him, not anyone else.

The last two paragraphs show why some believe scribes inserted this last chapter. They were most likely Johns’s disciples. They appended the chapter after his death.

Chapter 20 ends with the purpose the book. That makes a nice ending. But then appears chapter 21. It appears this chapter was added after the original author finished the book.

Giving additional weight to this thought, this section also appears to have a difference in perspective. Throughout the book, the author refers to himself in the second person singular. The second to last paragraph in chapter 21 refers to the writer in first person plural. “We know that his testimony is true.”

Also, it gives the reason why for the addition. There was an idea circulating John would never die. But He died and so the explanation was needed.

He has risen. Let us not let our zeal for glory inhibit our willingness to do the work Christ assigns to us.