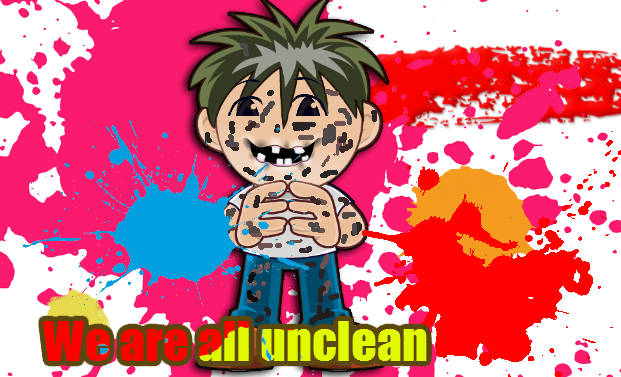 The beginning of the gospel of Jesus Christ, the Son of God.

As it is written in Isaiah the prophet,

“Behold, I send my messenger before your face,
who will prepare your way,
the voice of one crying in the wilderness:
‘Prepare the way of the Lord,
make his paths straight,’”

John appeared, baptizing in the wilderness and proclaiming a baptism of repentance for the forgiveness of sins. And all the country of Judea and all Jerusalem were going out to him and were being baptized by him in the river Jordan, confessing their sins. Now John was clothed with camel’s hair and wore a leather belt around his waist and ate locusts and wild honey. And he preached, saying, “After me comes he who is mightier than I, the strap of whose sandals I am not worthy to stoop down and untie. I have baptized you with water, but he will baptize you with the Holy Spirit.”

In those days Jesus came from Nazareth of Galilee and was baptized by John in the Jordan. And when he came up out of the water, immediately he saw the heavens being torn open and the Spirit descending on him like a dove. And a voice came from heaven, “You are my beloved Son; with you, I am well pleased.”

Mark wrote the gospel bearing his name as a disciple of Peter. That is the source of it apostolic authority. Some have called this Peter’s Gospel. That is why the early Church Fathers included it in the canon or bible. The Gospel of Mark claims divine authority. It offers itself as the words of Christ through His apostles to the church.

Mark says this is the gospel of Jesus Christ. The word “gospel” was used in political or personal correspondence. It means “good news.” The Greeks used “gospel” for events such as the birth of an emperor or a major military victory.

Mark starts this gospel about Jesus not with Jesus but with John the Baptist. It was proper to do so. Why? John prepared the way for Christ. Jesus’ ministry started with John.

John’s baptism was part of the Old Testament. We read about it in the New Testament. But it occurred under the old covenant. “The Law and the Prophets were until John.” (Luke 16:16a) The new covenant did not begin until after John’s ministry.

John’s baptism was a baptism of preparation. The Messiah was about to appear. And Israel was not ready for Him. They were unclean.

By quoting Isaiah, Mark shows how God reveals His word and works His will. God works through organic means. History is under the God’s divine providence. The Gospel begins in the Old Testament. It culminates in Christ. Christ revealed the proper understanding of the Old Testament message.

First, the Gospel of Jesus Christ is not a product. We do not package and sell it. We do not market Jesus. We do not market the Gospel. We proclaim it. Second, John’s preaching in the wilderness was symbolic. It reminded Israel of her covenant origins. The wilderness was the traditional meeting place for God and His people. As a result, God used John. The people came to him. They confessed their sins. They were baptized.

John’s fame spread. He was well known throughout Judea. John was better known than Jesus throughout His lifetime. Yet, John knew his place. He was unworthy to do the most menial task for Christ. When our Lord uses us for anything, it is an honor. We are unworthy of such grace.

One of Jesus first act was His baptism. According to John 2:20, Jesus cleansed the Temple during the 46th year of its rebuilding. That places Jesus baptism was around 27 AD.

Mark says Jesus saw the heaven open and the Spirit descend immediately after coming out of the water. The word “immediately” is characteristic of Mark. Translators sometimes the translate it “straightway.” Mark uses it 42 times. The rest of the new testament uses it only 12 times. The word suggests sureness and inevitability rather than speed.

The descending of the Spirit was sure and inevitable. Jesus baptism and ministry involved the all the members of the Trinity. It involved the initiative of the Father, the work of the Son and the glorying and enabling power of the Spirit.

Praise God for His unchanging nature.