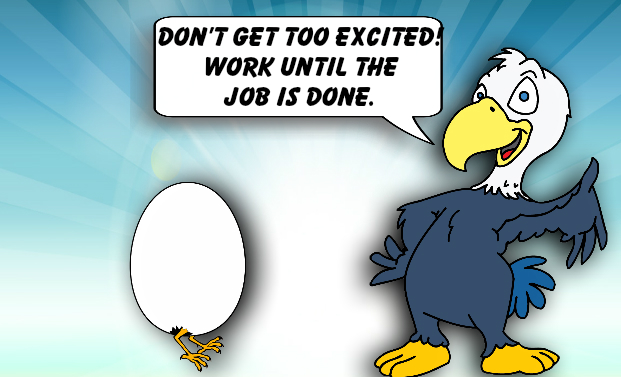 After this Jesus revealed himself again to the disciples by the Sea of Tiberias, and he revealed himself in this way. Simon Peter, Thomas (called the Twin), Nathanael of Cana in Galilee, the sons of Zebedee, and two others of his disciples were together. Simon Peter said to them, “I am going fishing.” They said to him, “We will go with you.” They went out and got into the boat, but that night they caught nothing.

Just as day was breaking, Jesus stood on the shore; yet the disciples did not know that it was Jesus. Jesus said to them, “Children, do you have any fish?” They answered him, “No.” He said to them, “Cast the net on the right side of the boat, and you will find some.” So they cast it, and now they were not able to haul it in, because of the quantity of fish. That disciple whom Jesus loved therefore, said to Peter, “It is the Lord!” When Simon Peter heard that it was the Lord, he put on his outer garment, for he was stripped for work, and threw himself into the sea. The other disciples came in the boat, dragging the net full of fish, for they were not far from the land, but about a hundred yards off.

When they got out on land, they saw a charcoal fire in place, with fish laid out on it, and bread. Jesus said to them, “Bring some of the fish that you have just caught.” So Simon Peter went aboard and hauled the net ashore, full of large fish, 153 of them. And although there were so many, the net was not torn. Jesus said to them, “Come and have breakfast.” Now none of the disciples dared ask him, “Who are you?” They knew it was the Lord. Jesus came and took the bread and gave it to them, and so with the fish. This was now the third time that Jesus was revealed to the disciples after he was raised from the dead.

When Jesus reveals Himself this time, it is only to seven of the disciples. Jesus had installed them as Apostles. But they had not yet received the power of the Holy Spirit. While they waited they did what it was they knew how to do. Often we try to do some grand gesture. Rather what we should do is what we know how to do. These seven knew how to fish, so that is what they did.

They knew how to fish but they fished all night and caught nothing. Then when the Lord tells them to cast the net on the right side of the boat. It resulted in a large catch of fish. Why would God allow them to toil all night and not catch anything, then at daybreak give them a large catch? Wouldn’t it have been more loving to let them catch early in the night? Could not God at least let them have a few fish so they were not discouraged? Instead, God lets them work all night and then as they are giving up for the night He gives them a large catch. Why?

When Christ tells them to try the right side of the boat, they do not know who He is. The fact that they comply indicates a resignation. “Oh well, why not? Nothing else has worked. What is one more cast?” They do not obey out of submission but resignation. They did not recognize the authority of Christ. They did not know who this figure on the beach was. God’s blessing came to them because they continued to work. Peter’s lack of clothing shows the disciples had worked hard all night. They had worked hard without results. The hope of success had left them long ago. God did not bless them because they believed. They were not blessed because they trusted. It was not because they had enough faith. They obeyed out of simple desperation and resignation.

Was it a miracle? Yes and No. Yes God filled the net with fish. Yes, the net did not break. No, fishing nets catch fish. That is what fishing nets do. It is unlikely fishermen had experienced this before. It was unusual but not unique.

God blesses through ordinary means. By “expecting a miracle” we often miss or overlook God’s many blessing.

The disciple whom Jesus loved recognized it was Jesus on the shore. Peter, true to character, lets his emotions dictated his actions. He left the others. He left the fish, the blessing, the Lord provided. He jumped into the water and either swam or waded to shore.

Was Peter’s action proper? Or did Peter allow his emotion to overwhelm him, leaving his task for others to complete? Most commentaries commend Peter. I take a minority opinion. Peter’s actions were rash. Peter ignored the blessing Christ had given him. He left the work of finishing the job to others. The facts later in the story support this conclusion. Christ used the illustration of feeding His sheep. In other words, do not leave the task half done. Peter allowed his zeal to override his ability to complete the task Christ gave him. You can’t feed people if the fish are still in the lake even though they are in the net. Finish the job!

But my understanding is a minority view. Calvin, for example, commends Peter for his zeal. Peter ignored personal danger and jumped headlong into the water. The others come in the boat, in safety. I agree with Calvin zeal for Christ is commendable. But, what if they had all jump into the water and left the fish? When Christ asked for them to bring some of the fish to eat, there would have been none.

When Christ explained He must die, Peter, in his zeal, takes on the job of teaching Christ. “That can never happen” Not his job. Christ had to rebuke him and called him Satan.

When Peter sees Jesus and Moses and Elijah, his zeal caused him to want to build a tabernacle for each. The writer tells us Peter did not have a clue what he was saying.

When the woman touched Jesus’ garment and Jesus asked who touched me. It was Peter who felt the need to explain to Jesus the obvious. Everyone was touching Him.

Peter was willing to fight the soldiers who came for Christ. That caused Christ, in the midst of His grief, the need to heal the servant’s ear.

Here Peter’s excitement for the Lord caused him to fail to complete his job. The fish were still in the lake.

Our zeal for Christ can prevent or impede our obedience to Christ. Peter demonstrates that over and over.

But,the main point of the passage is Christ revealed Himself again to his disciples. He is risen!