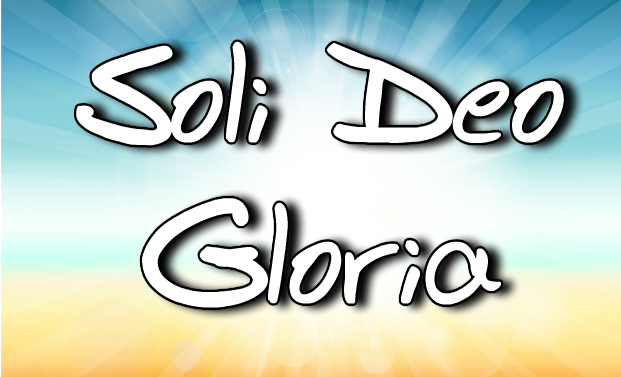 Eight days later, his disciples were inside again, and Thomas was with them. Although the doors were locked, Jesus came and stood among them and said, “Peace be with you.” Then he said to Thomas, “Put your finger here, and see my hands; and put out your hand, and place it in my side. Do not disbelieve, but believe.” Thomas answered him, “My Lord and my God!” Jesus said to him, “Have you believed because you have seen me? Blessed are those who have not seen and yet have believed.”

Now Jesus did many other signs in the presence of the disciples, which are not written in this book; but these are written so that you may believe that Jesus is the Christ, the Son of God, and that by believing you may have life in his name.

Thomas had was not present when Christ appeared to the others. When they told him they had seen Jesus, Thomas refused to believe. Why? Dead men stay dead! Thomas responded with, “Unless I see Him with my own eyes, and unless I am certain it is Him, I will never believe He is alive.”

Christ acquiesces to Thomas. Why? It would be the height of credulity to assume the resurrection without evidence. Christianity makes real historical claims. It is not made up of superstitions. Thomas’ demand was reasonable.

Thomas yielded to Christ. He exclaimed, “My Lord and My God!” Thomas’ seeing Christ produced faith. Jesus showed Thomas His wounds. Since Thomas said he needed to touch the wounds to believe, Christ tells Thomas to touch the wounds. Thomas’ reaction was to express his belief. From the wording, it appears Thomas did not actually touch Christ’s wounds. He recognized Christ and Christ produced faith within Him.

Christ told Thomas that we are blessed. We have not seen Jesus. Yet we believe. Based on the testimony and evidence provided by the Apostles. This is the second time Jesus mentioned us. The first was in the high priestly prayer in John 17:20. “I do not ask for these only, but also for those who will believe in me through their word.” We are blessed!

John tells us here why he wrote this Gospel. He wrote so we would believe Jesus was God’s Son. And in believing we have eternal life.

John says he has laid out the evidence so we may believe. If we believe we are blessed. We have eternal life.

Praise God for His mercy and grace for giving us the Gospel. So we may believe and have eternal life.