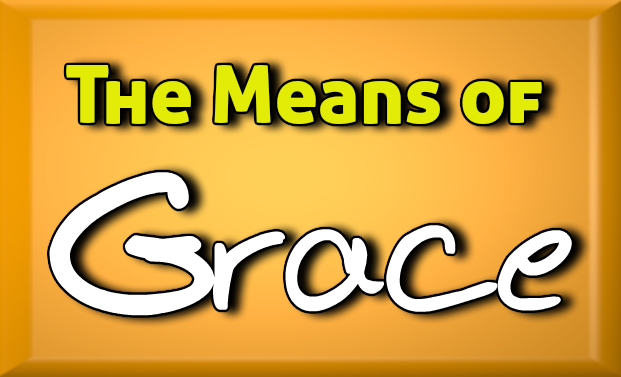 On the evening of that day, the first day of the week, the doors being locked where the disciples were for fear of the Jews, Jesus came and stood among them and said to them, “Peace be with you.” When he had said this, he showed them his hands and his side. Then the disciples were glad when they saw the Lord. Jesus said to them again, “Peace be with you. As the Father has sent me, even so, I am sending you.” And when he had said this, he breathed on them and said to them, “Receive the Holy Spirit. If you forgive the sins of any, they are forgiven them; if you withhold forgiveness from any, it is withheld.”

Jesus now proves His resurrection to His disciples. In the providence of God, all but one were in the same place. This was to make them more certain. This assured them they were not seeing things that were not there. They all saw the same thing at the same time.

It also assures us. They all saw Jesus. Mass hallucinations are not a thing.

They had shut and locked the doors. Jesus did walk through the door. He just appeared. Jesus proved His divine power to His disciples. John wrote this so we too may know of His divine power.

Rome claims Christ’s body passed through the shut doors. The reason they claim this is to support their claim that Christ body resembled a spirit. They claim this to support the idea Jesus body was infinite. It was not confined to space and time. But this is reading into the text. John’s words do not say Jesus walked through the door. John only says Christ appeared even though the doors were shut.

Jesus greeted His disciples with the standard greeting of the day. “Peace be with you.” Some have read more into this than is there. Jesus is only greeting His disciples in a common manner.

Jesus showed them His hands and side. Many make much of Thomas needing to see the proof. We give a pass to the rest of Christ’s disciples. But they too needed to have proof this was Jesus. Up until this point, the fact dead men stay dead was an indisputable fact. Now the disciples must learn to believe the in the resurrection.

Christ bore the marks of the crucifixion in His glorified body. Some may think it is strange that Christ bears the wounds in His glorified body. Christ rose for us, not for Himself. Whatever contributes to our salvation is glorious to Christ. He humbled Himself for a time. But that took nothing away from His Majesty. His wounds served as confirmation of His resurrection. They did not diminish His glory.

Christ now installs the Apostles in the office which they were to fulfill with the words. “As the Father has sent me, even so, I am sending you.” Jesus had sent them before. But He had sent them as heralds. They were to issue the command the world should hear the Supreme Teacher. Now they were being sent as ambassadors. They were to establish Christ’s kingdom in the world. For the first time, they were ministers of the Gospel.

Christ tells them, “If you forgive the sins of any, they are forgiven them; if you withhold forgiveness from any, it is withheld.” Here in a few words, Christ expresses the Gospel. We must not separate the power of forgiving sins from the office of teaching. The primary purpose of preaching is to reconcile men to God.

Rome tortures this passage to support their magic incantations. According to Rome, if you do not express you sin to a priest you have no right to expect forgiveness.

While Christ tells the Apostles to forgive, He does not give them what belongs to Him alone. The power to forgive sins belongs to Christ alone. Christ tells them to proclaim forgiveness in His name. Through ordinary means, Christ reconciles men to Himself. Christ alone forgives sins. But He uses men as a means to dispense His grace. Thus if they do not exercise their duty men will not receive God’s grace.