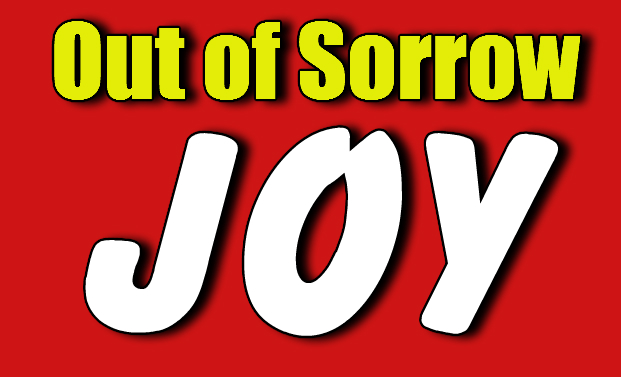 But Mary stood weeping outside the tomb, and as she wept she stooped to look into the tomb. And she saw two angels in white, sitting where the body of Jesus had lain, one at the head and one at the feet. They said to her. “Woman, why are you weeping?” She said to them, “They have taken away my Lord, and I do not know where they have laid him.” Having said this, she turned around and saw Jesus standing. but she did not know that it was Jesus. Jesus said to her, “Woman, why are you weeping? Whom are you seeking?” Supposing him to be the gardener, she said to him, “Sir, if you have carried him away, tell me where you have laid him, and I will take him away.” Jesus said to her, “Mary.” She turned and said to him in Aramaic, “Rabboni!” (which means Teacher). Jesus said to her, “Do not cling to me, for I have not yet ascended to the Father; but go to my brothers and say to them, ‘I am ascending to my Father and your Father, to my God and your God.’” Mary Magdalene went and announced to the disciples, “I have seen the Lord”—and that he had said these things to her.

John mentions only Mary at the tomb. The other Gospel writers mention others. After finding the tomb empty the apostles left. But the women remained at the tomb.

But, the women were no more righteous than the men. It was not a belief in Christ’s resurrection that caused them to stay. Rather it was carnal emotions that keep them near the tomb.

Mary stooped down and looked in the tomb one more time. This time she saw two angels. One at the head. One at the feet. In the middle was the blood of Christ.

This was like the ark of the covenant. If you remember the lid of the ark. It had two cherubim at either end, in the middle was the blood the priest would sprinkle on it every year. Mary saw the ark of the new covenant. Jesus was the sacrifice.

Mary turns and sees Jesus. But she does not realize it is Jesus. Why would it be? Dead men stay dead. Christ often presents Himself to us but we refuse to see Him.

Mary assumes Christ is the gardener. That would make more sense than Jesus’ resurrection. Dead men stay dead. Mary asked where the gardener took the body. She only desires Jesus body.

Some questions are unanswerable. It is not because the answers or unknowable. It is because the question’s presuppositions are so wrong. That was the dilemma Christ faced with Mary’s question. It was His body. He had indeed taken it. But He had not taken it the way Mary assumed. But in another sense, He had not taken it. Christ’s body was right there in front of Mary. Christ does not answer Mary’s question because it was unanswerable. Instead, He opens Mary’s eye to the truth. He causes she to look at him. In a claim still, voice He says her name.

What a contrast to the emotions and turmoil she felt. In the middle of her anxiety, she hears the Master call to her.

We see here how Christ calls each of us. He allows us to see the truth when He first knows us. He then invites us to Himself. He does not do so with an ordinary voice. Rather it is with a voice He uses to call the sheep the Father has given Him.

It is as Paul says: But now that you have come to know God, or rather to be known by God. (Galatians 4:9a)

Once Mary’s eyes are open, her response is immediate. “Rabboni!”

Jesus tells Mary, “Do not cling to me, for I have not yet ascended to the Father.” Yet He allows the disciples to touch Him. Why? The answer is as it always is. It is in the context. Mary focused on the bodily presence of the Lord. Jesus does not say do not touch me. Jesus says do not cling to me. She was to go tell the disciples that she had seen Him do not cling, “but go to my brothers…”

Christ did not forbid Mary to touch Him. He had something she was to do. When we experience the nearness of Christ we want to say and bask in His glory. But he tells us to go. He has work for us to do.

Christ adds, “for I have not yet ascended to the Father.” He told Mary to restrain herself until He received the heavenly glory. He drew attention to the purpose of His resurrection. It was not as they thought it might be, to triumph in this world. Rather, by His ascension to heaven, He possessed the Kingdom promised Him. He would sit at the right hand of the Father. And He would govern the Church by the power of His Spirit.

Mary goes and tells the disciples, “Hey guys, guess who I saw! Yeah, you are not going to believe it!” She told them she had seen and talked with Jesus.

He has Risen! He has risen indeed!