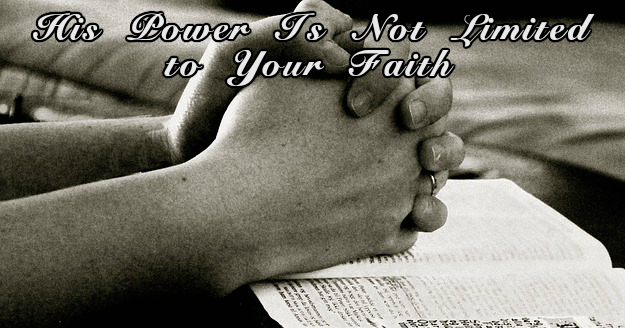 Then Jesus, deeply moved again, came to the tomb. It was a cave, and a stone lay against it. Jesus said, “Take away the stone.” Martha, the sister of the dead man, said to him, “Lord, by this time there will be an odor, for he has been dead four days.” Jesus said to her, “Did I not tell you that if you believed you would see the glory of God?” So they took away the stone. And Jesus lifted up his eyes and said, “Father, I thank you that you have heard me. I knew that you always hear me, but I said this on account of the people standing around, that they may believe that you sent me.” When he had said these things, he cried out with a loud voice, “Lazarus, come out.” The man who had died came out, his hands and feet bound with linen strips, and his face wrapped with a cloth. Jesus said to them, “Unbind him, and let him go.”

Jesus had come to conquer death. Now He battles it head on.

When Jesus commands the tomb opened, Martha reminds Jesus Lazarus is dead. He has been dead 4 days. By now the body has started to decay. The odor of decaying flesh would be strong. Besides this was her brother. She did not want to see him in a state of decay.

Plus, it was not Martha’s faith that allowed Lazarus to rise from the dead. God does not need the aid of our puny little faith to accomplish His will. God is God, and we are not. Let us never forget that.

Jesus rebukes Martha’s for her lack of faith. It is clear Jesus said more to Martha than John recorded. John writes the summary of what Jesus said. So allow me, to paraphrase John. Jesus said to her “Trust me. Just move the stone. Remember what I told you earlier. I am the resurrection and the life.”

Those who claim we limit the power of God by our unbelief will point to Matthew 13:58. “And he did not do many mighty works there, because of their unbelief.”

Jesus’ prayer starts with giving thanks. “Father I thank you that you have heard me.” Jesus had already received Lazarus’ resurrection. The ESV heading for this passage is “Jesus Raises Lazarus” is incorrect. It is the Father who raises Lazarus. Jesus acknowledges this in His prayer.

There are those who, in an attempt to marginalize Jesus, ask, why did not Jesus raise everyone from the dead? Or, why did He not heal everyone? They assume in order to be good Jesus must treat us all the same. This view assumes either man is basically good. Or it denies God is just. Or it assumes both.

Men are not basically good. We are all sinners. We all deserve worse than we get. But God’s mercy intervenes and we are given mercy. Without God’s mercy, we would all be stuck down immediately. But God grants us mercy. True, He grants some more mercy than others. Why? For His glory. It has nothing to do with our righteousness or goodness or any other type of merit inherent in us. It is for the glory of God.

This is the promise we all have in Christ. God will raise us from the dead.