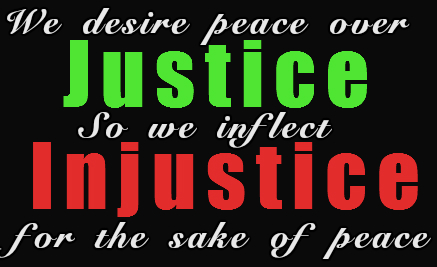 Many of the Jews, therefore, who had come with Mary and had seen what he did, believed in him, but some of them went to the Pharisees and told them what Jesus had done. So the chief priests and the Pharisees gathered the council and said, “What are we to do? For this man performs many signs. If we let him go on like this, everyone will believe in him, and the Romans will come and take away both our place and our nation.” But one of them, Caiaphas, who was High Priest that year, said to them, “You know nothing at all. Nor do you understand that it is better for you that one man should die for the people, not that the whole nation should perish.” He did not say this of his own accord, but being High Priest that year he prophesied that Jesus would die for the nation, and not for the nation only, but also to gather into one the children of God who are scattered abroad. So from that day on they made plans to put him to death.

Jesus therefore no longer walked openly among the Jews, but went from there to the region near the wilderness, to a town called Ephraim, and there he stayed with the disciples.

Now the Passover of the Jews was at hand, and many went up from the country to Jerusalem before the Passover to purify themselves. They were looking for Jesus and saying to one another as they stood in the temple, “What do you think? That he will not come to the feast at all?” Now the chief priests and the Pharisees had given orders that if anyone knew where he was, he should let them know so that they might arrest him.

I am amazed every time I read this passage. “Some believed but some…” WHAT?! What do you mean, “but some?” A man, dead and buried, is now walking around. And they are going, “I’m gonna tell the Pharisees on you. They need to put a stop to this.” Really? Really!?

This is evidence of what Abraham told the rich man in Luke. “If they do not hear Moses and the Prophets, neither will they be convinced if someone should rise from the dead.” (Luke 16:31)

But we are no different. Paul tells us in Romans God has made His truth clear. But we suppress it. We deny it. (Romans 1:18-23) We demand more evidence. The truth just is, no amount of evidence or knowledge will convince us. It is only by God’s grace that He changes us.(John 6:44, Ephesians 1:11, Romans 9:16)

The Father caused many to believe so that Christ’s miracle would not be without fruit. Miracles are for one of two purposes. They are to prepare us for faith or to confirm our faith.

The raising of Lazarus should have softened the hardest of their hearts. But there is no work of God that man does not corrupt. As this passage shows, it does not matter what miracle or sign is. Men will reject Christ unless the Father draws them to Him. (John 6:44)

The Jewish leaders got together so they can bury the glory of God. Why? Because if they did not, in their words, “everyone will believe in Him.” God set the Jews apart so His glory would shine through them. (Genesis 18:18, 22:18, 26:4, Psalm 72:17, Galatians 3:8). Now, with malice, they try to prevent God’s glory from shining.

They disguised their wicked motivations. They expressed concerned over the public welfare. Hypocrisy always camouflages itself.

If Christ was an impostor it was their duty to prevent Christ from leading the people astray. But they admitted His miracles. In doing so, they admitted they did not care about God. Their own words condemn them. Their concern was their place in society.

Their concern about Rome was real. Rome was brutal in putting down the Jewish uprising when it came. In 70AD when Rome sacked Jerusalem. The Romans destroyed the temple.

So what was their sin? They were right about what Rome would do. Their sin was this. The priests were willing to silence God’s prophet to buy peace with Rome. They were more concerned about keeping the peace than about God.

There is no difference between them and us. We believe keeping the peace a higher value than God’s commands. To maintain tax-exempt status we bend to the will of the civil government. Even when it is contrary to God’s law. We refuse to refute heresy in the church. We prefer tranquility to the purity of the church, Christ’s bride.

We cry, “Can’t we all get along?” We cry peace, peace when there is no peace. We care more about the opinions of men than the commands of God.

John tells us Caiaphas was the high priest that year. If you know your Old Testament, you know the high priest was not a temporary office. It was a lifetime appointment. To maintain control, Rome allowed a High Priest to hold the office for one year. The way they assigned the office was by selling it. The high priest bought his office. Much like how the Pope and Bishops bought their offices in the middle ages.

John lets us know the Holy Spirit led Caiaphas to say, “It is better one man should die for the people.” God intended this prophecy to come from the high priest’s mouth so the Jews would have less excuse.

From this, we learn three things. First God speaks through all sort of men. Prophetic messages are not limited to prophets. Second, Caiaphas said it of his own will. God did not make him an automaton and force him to utter those words. Caiaphas wanted to say them. They were his words. God’s uses our will to do His providential will. God is sovereign. Finally, God uses the office He institutes rather than the person in the office.

Christ fled to Ephraim. He did not flee in fear. He did not hesitate to fulfill His calling. He returns to Jerusalem when the time is right. Christ spent this time with His disciples teaching them. So after His death, resurrection, and ascension, they could teach us.