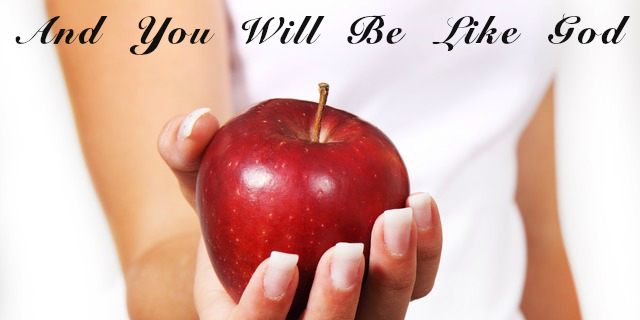 When she had said this, she went and called her sister Mary, saying in private, “The Teacher is here and is calling for you.” And when she heard it, she rose quickly and went to him. Now Jesus had not yet come into the village but was still in the place where Martha had met him. When the Jews who were with her in the house, consoling her, saw Mary rise quickly and go out, they followed her, supposing that she was going to the tomb to weep there. Now when Mary came to where Jesus was and saw him, she fell at his feet, saying to him, “Lord, if you had been here, my brother would not have died.” When Jesus saw her weeping, and the Jews who had come with her also weeping, he was deeply moved in his spirit and greatly troubled. And he said, “Where have you laid him?” They said to him, “Lord, come and see.” Jesus wept. So the Jews said, “See how he loved him!” But some of them said, “Could not he who opened the eyes of the blind man also have kept this man from dying?”

Martha gets her sister, Mary. She tells her that Jesus is outside the village and He wants to speak to her. Martha tells her this in private. She does not want anyone else to hear. Jesus is still in danger. And she was afraid for Jesus’ life.

Martha tells Mary “The Teacher is here” This shows a measure of respect for Christ.

When Mary goes to see Jesus the Jews who came to comfort her, follow her. They think she is going to the tomb to mourn. The providence of God had another reason for their coming. God wanted them to witness the miracle. Notice how providence and free will do not collide. They chose to go. They chose to go because it was God’s providential will. We are all led by the secret hand of God. We choose of our own will to do what we want. But it is God’s hand that leads our will.

Mary fell at Jesus’ feet. Mary honored Christ beyond the ordinary custom. The custom was to only fall at the feet of Kings or great men. Mary would not have fallen at Jesus’ feet if she was not convinced Jesus was the Son of God.

Mary’s speech is respectful. But it is also accusatory. “Lord, If you had been here…” She believes Jesus should have been there. She and Martha sent for Jesus. And Jesus delayed his coming. If he had been there, Lazarus would not have died. Now it is too late. She limited the power of Christ to his physical presence. Jesus was here now but Lazarus was dead. Death was final. Death was irreversible. Death was permanent. She believed Jesus was the Son of God. And now, she limited the power of God. She failed to understand Christ is the giver of life.

Jesus saw the raw emotions of Mary, Martha and those with them. This moved Jesus. Jesus showed when we are in distress it affects Him. He feels our distress as much as if He endured it Himself.

Some think it is wrong to say Jesus suffered grief or had a troubled spirit. They argue this diminishes His divinity. They argue Christ was not subject to human passions. This line of reasoning recognizes that our passions drive us to sin. So, since Christ is free from sin, so he must be free of all passion.

Not so. Christ was human and divine. He felt passion as we all do. He understands our passion. He experienced them. The difference is our passions are sinful because we do not restrain them. We do not limit them. But Christ regulated His passions in obedience to the Father. That is why Christ was passionate and sinless.

Our feelings are sinful for two reasons. First, our emotions are not regulated by true modesty. Second, our passions originate from rebellion. And we direct them towards an unlawful purpose. Sin has corrupted our nature. God gave man affections and passion at creation. But these affections and passions are no longer in a pure and righteous person. They are no longer restrained by righteousness. How often have you hear the phrase, “Be true to yourself.” Or “Express yourself.” This is all an attempt to justify unbridled passion.

Christ does not demand that we are stoic. We may express emotion. But we are not to allow our emotions to go unbridled. “Be angry and do not sin; do not let the sun go down on your anger, and give no opportunity to the devil.” (Ephesians 4:26-27)

Jesus expressed His emotion. And the Jews understood how much He loved Lazarus. “See how he loved him!” Yet they took the love Jesus expressed as an opportunity to slander Him. “He could have prevented Lazarus from dying but He did not. What kind of love is that?” Like Mary and Martha, they blamed Jesus for Lazarus death. He could have prevented it.

By their slander they condemn themselves. They show they were aware of the miracles Jesus had performed. They showed they knew Christ was the Son of God. They knew it but denied it.

Mary, Martha, and the Jews all wanted Jesus to do what they wanted, the way they wanted it. They believed Jesus could have and should have prevented Lazarus death. The fact He did not, they thought, showed He did not care. Oh, yeah He was weeping now. But to them, this display of emotion was too little too late.

We are no different. First, we want what we want. Our prayers are a laundry list of what we want God to do for us. We subject God to our sinful desires. Second, we are rude in our demands. We want what we want when we want it. We expect God to do things when we ask for them. We treat Him as if He is our servant. We forget we are His servants. We act like we are God. We believe what the serpent said, “You will be like God.”