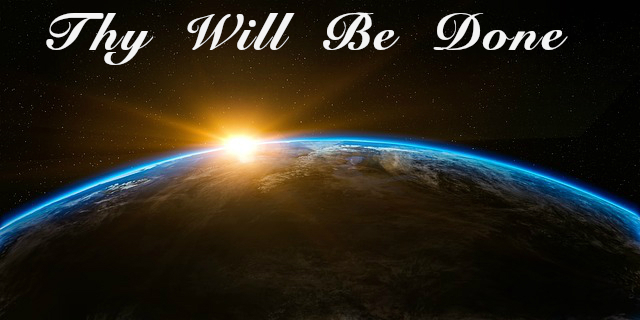 Now when Jesus came, he found that Lazarus had already been in the tomb four days. Bethany was near Jerusalem, about two miles off, and many of the Jews had come to Martha and Mary to console them concerning their brother. So when Martha heard that Jesus was coming, she went and met him, but Mary remained seated in the house. Martha said to Jesus, “Lord, if you had been here, my brother would not have died. But even now I know that whatever you ask from God, God will give you.” Jesus said to her, “Your brother will rise again.” Martha said to him, “I know that he will rise again in the resurrection on the last day.” Jesus said to her, “I am the resurrection and the life. Whoever believes in me, though he die, yet shall he live, and everyone who lives and believes in me shall never die. Do you believe this?” She said to him, “Yes, Lord; I believe that you are the Christ, the Son of God, who is coming into the world.”

Bethany was 2 miles from Jerusalem. Think of a location that is only two miles from where you are now. You walk it in under an hour without any difficulty.

Many of Mary and Martha’s friends came from Jerusalem. It is not uncommon in times like this for friends come to offer comfort. But God had another purpose. God intended that they were there to witness a great miracle. And Jerusalem was to know about it. Those who opposed Christ were to have no excuse.

When Martha hears Jesus was coming she goes out to meet Him. Mary stayed in the house. We can only guess why Mary did not go to meet Jesus. Perhaps she was too grief-stricken to even leave the house. Perhaps, Mary blamed Jesus for not being there when Lazarus died. Perhaps she was angry with Jesus. Perhaps she is caring for all the guests who came to comfort them. Perhaps Martha went alone because they did not want to bring attention to Jesus. After all, He was in danger. To attribute a reason would be pure speculation. All we can know is Martha is the one who went to meet Jesus.

Martha says, “Lord if you had been here, my brother would not have died.” Her words come from faith. They acknowledge the Lordship of Christ. But they presuppose something Christ never promised. In her grief she assures herself if Jesus had been there, her brother would never have died. There was no basis for such a belief. Christ had never promised that.

Martha imposes her wishes on Christ rather than subjecting herself to Him.

Plus, Martha attached too much importance to the Christ physical presence. The result is Martha’s mixed her faith with personal desires. This led to superstition.

Yet the kindness of Christ is amazing. He forgives all Martha’s faults. He promises her more than she could venture to ask. He promises Lazarus’ resurrection.

But now Martha errs on another extreme. She now gets religious. Yes someday far in the future, Lazarus will rise to live again. Her great faith is now limited to her religion.

We need to guard against both extremes. First, we must not claim empty hopes on what God has not promised. This fills our churches today. If we believe hard enough, pray hard enough or live righteous enough, God will heal my son or daughter. Or if I have enough faith God will save my business. God never promised those things. We wish them and then impose them on God.

But when God speaks and we are not to try and protect ourselves from disappointment. If God said it, it will come to pass.

Jesus said He is the resurrection. Christ brings life from death. Christ is life itself. Life is a continual work of grace. By His Spirit, He regenerates us who are alienated from God. He gives us a new life. Death is estrangement from God.

Not only is Christ the resurrection, He is the life. Once He has given life, He preserves it. He loses none the Father has given Him. We will never die. This is an incredible statement. Not only are we brought to life by the power of Christ alone. Christ, by His power, preserves us. We will never die. Praise God my salvation depends on Christ and not on me.

Christ talked about spiritual life because that is where Martha’s head was. Martha tried to limit Christ by her religion. Christ then brought her back to her present situation. He asked her if she believed. Martha replies she believed Jesus is the Son of God. But it is not clear she understands her own confession.

We ought to always remember the purpose Christ came. We are not to bend and twist the scripture to meet our wishes and desires. We are to conform to His will. He does not conform to ours.