The Gospel According to John 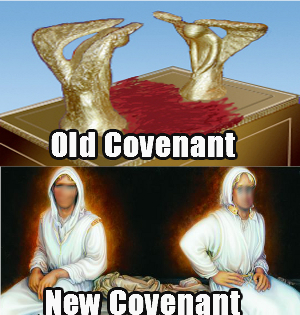 When studying a book of the bible it is important to always put the book in context. The ask questions like: Why was the book written? What was the purpose or intent of the author? Who is the intended audience? When was it written? What was going on at the time? And finally, who wrote it? Answers to these question help us to not read our agenda into the text.

Why was John Written

In John 20:30-31 the author tells us why he wrote the book. “Now Jesus did many other signs in the presence of the disciples, which are not written in this book; but these are written so that you may believe that Jesus is the Christ, the Son of God, and that by believing you may have life in his name.”

The book is an edited version of Jesus life. The author chose the parts of Jesus life he included so we might believe Jesus is the Son of God. In other words, the purpose of the book is evangelical. The book is about Christ. The book contains little about discipleship or community. That is one reason why this is a good book for sharing the gospel with others. That also makes it a good starting point for a new Christian’s Bible study.

Unlike the epistles, John does not have an opening like Paul does in Galatians. Paul says right up front,”To the churches of Galatia.” John only gives us literary markers to let help us out.

Who Wrote the Book of John

The author does not identify himself. We know him only as the disciple Jesus loved. (John 21:24-25). The title The Gospel According to John the son of Zebedee” does not occur until 181 AD. That would be over well 100 years after the author wrote the book. So we need to look for literary hints about the author. The author is someone who is almost likely from Jerusalem. He is familiar with Jerusalem and has access to the Jewish high society.

The author is writing from a Judean perspective. He is writing to people who do not live in Judea. They do not have an understanding of the geography, customs, and traditions.

He was an individual of influence. After Jesus arrest, he accompanies Jesus all the way to the high priest home. It is clear this disciple was well known in 1st-century Jewish high society. The high priest knows who he is. When Jesus is on trial he walks right in. The guards at Caiaphas home knew him. So it appears he had been a frequent visitor to the home of the high priest. He is connected well enough to be able to vouch for Peter. John 18:16 “but Peter stood outside at the door. So the other disciple, who was known to the high priest, went out and spoke to the servant girl who kept watch at the door, and brought Peter in.” This disciple is likely the writer of the gospel. There are things written here that do not appear in any of the other gospels. Only the unnamed disciple would have known them. So while the author’s name may have been John it almost certain it was not John the fisherman from Galilee.

The argument against the ideas of a well educated, well placed Jew being the author is that the Greek is simple. The argument goes that it is simple Greek because the writer was not well educated. The simpleness of the language may not be a sign of the writer but of the audience. Since John’s gospel is evangelical it is simple so everyone can read and understand it.

Structure of the Book of John

One of the things that commentators have noted about John is the pattern of the text. The structure of John is like the basic temple or tabernacle structure.

Then you went into the temple itself. The temple had two sections, the inner court or the holy place and the holy of holies.

On top of the mercy seat at either end, were a couple of angles. The angles are facing each other. The priest sprinkles the blood between them on this long slab.

The temple walls had carved palm trees and pomegranates and open flowers. It resembled a garden. It was a representation of the garden where God communed with Adam and Eve.

If we look at the end of John 19:41 – John 20:18 we see they buried Jesus in a tomb. A Jewish tomb of this era had different compartments. As you enter the tomb there was a long slab carved into the side of the tomb. They would lay the body the slab. It would lay there until it decomposed. Once the body decomposed they placed the bones in a small box called an ossuary. Following this custom, they wrapped Jesus’ body and placed on this long slab.

The Tomb was in a garden. Jesus laid in a garden on a long slab. Notice what Mary sees when she looks into the tomb. “But Mary stood weeping outside the tomb, and as she wept she stooped to look into the tomb. And she saw two angels in white, sitting where the body of Jesus had lain, one at the head and one at the feet.” (John 20:11-12)

What did Mary see? She saw a long slab with blood on it. At each end of the slab was an angel. In a Jewish mind, what would that remind you of? You would be reminded of the ark of the covenant. Mary was looking at the ark of the new covenant. This imagery is prominent throughout John’s gospel.

John does not lay out Jesus’ story in a chronological manner but in a theological manner. John uses Old Testament imagery. He takes us from outside the presence of God, all the way to the cross and the new covenant. John takes us all the way to the Holy of Holies. The author wrote for people who are coming from outside the kingdom to inside the kingdom.

There are also subdivisions Chapters 2- 5 have an emphasis on water.

Chapters 6-7 have and emphasis on bread.

Why would there need to be an explanation about what Jesus said about the author? He must have died. It looks like someone is putting final touches on the gospel. The “we know” indicates there is a group of people working on the text. V25 “I suppose that the world…” appears to be a final note from an individual.

The author is the person in the text known as the beloved disciple, the disciple Jesus loved. He had these things written down. Then, after death, there is a final composition, editing and put together as the gospel. It could be the author original disciple wrote and or preached this message. And a community of his followers compiled his teaching after his death. And the official secretary of the group then added a note at the end.

When was John Written

We do not know for sure for when the author wrote John. But John chapter 5:2 gives us a hint. “Now there is in Jerusalem by the Sheep Gate a pool, in Aramaic called Bethesda, which has five roofed colonnades.” Notice the tense, “Now there is in Jerusalem…” It is not, “Now there was in Jerusalem…” This little detail suggests the author wrote before the fall of Jerusalem. That is, he wrote it before 70 AD. Many scholars have suggested that the gospels were not written until 90 or 95 AD. The final configuration may not have been until then. But it is clear the original text was penned before 70 AD.