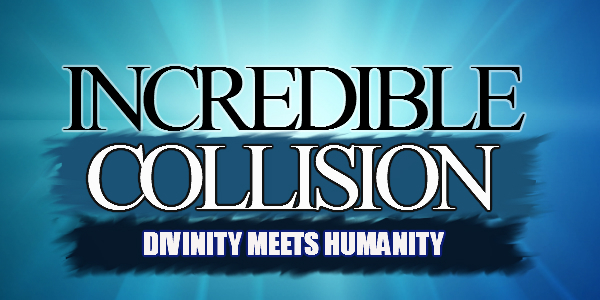 The true light, which gives light to everyone, was coming into the world. He was in the world, and the world was made through him, yet the world did not know him. He came to his own, and his own people did not receive him. But to all who did receive him, who believed in his name, he gave the right to become children of God, who were born, not of blood nor of the will of the flesh nor of the will of man, but of God.

And the Word became flesh and dwelt among us, and we have seen his glory, glory as of the only Son from the Father, full of grace and truth. (John bore witness about him, and cried out, “This was he of whom I said, ‘He who comes after me ranks before me because he was before me.’”) For from his fullness we have all received, grace upon grace. For the law was given through Moses; grace and truth came through Jesus Christ. No one has ever seen God; the only God, who is at the Father’s side, he has made him known.

John wanted to establish that Jesus is God. So, at the outset of the book, John begins with what appears to be an early Christian hymn, with a couple insertions about John the Baptist. This is not unusual in scripture. Nor is it uncommon in the literature of the first century.

Biographies during this period of history would begin with prolog about the person. The prolog would describe their mission, strengths, and accomplishments.

In this prolog, John emphasizes both the deity and humanity of Christ. He starts by stating Christ is God. One of the literary techniques John uses is the Chiastic structure. A chiastic structure is two ideas, A and B and C, together with variants A’ and B’ and C’, being presented as A,B,C,C’,B’,A’.

This is where the point of emphasis is the middle. Recognizing the opening of John is in this structure, which would have been very obvious the reader in his day, we see the point John is making.

A – In the beginning

C – and the word was with God

C’- and the word was God

A’ – was in the beginning with God

The point John is emphasizing is this person he is about to introduce us to is both with God and is God. In fact, the entire book is in a Chiastic structure here at the beginning John is saying the person is God at the end of the book we have Thomas confession “My Lord and My God.”

How can that be? How can He be alongside and the same as God? This is what the early church wrestled with. John is heavily trinitarian.

The Greek word translated word is the word logos. This idea of the logos is a Greek idea. We get the English word logic from it. But to the Greek, the logos was more than just logic. It was the theory of everything.

But to the Greek the logos was impersonal. It was like the force in the movie Star Wars. Philo, a Jewish philosopher saw it as personal but separated and below God. He saw it as a bridge between God and man. He was the logos as mediating between God and man. The logos was over the powers and the word but it was under God. Philo got this from Proverbs 8. There, wisdom is personified. It calls and is personal. Philo then identified wisdom with the logos.

But what John says about the logos is confusing. “In the begin was the word.” There is no problem there. “And the word was with God.” Again there is no problem with that. Proverbs 8 says the same thing. “And the word was God” Oops. The Greeks and Philo had a major problem with that! How can God be His own mediator? How can the logos be with, that is, with His own identity and at the same time be God?

That question kept the early church busy for over 100 years. But to John, that was the wrong question. The issue with John was not reason but revelation. The word became flesh. It Hebrews 1:1-4 tells us in previous times God spoke through prophets and the patriarchs. Now God has spoken through Jesus His son.

Our approach to reason and logic is to say. “I’ve got some questions.” John is shaking that idea up. Logos is the glory of God. “We beheld His glory.” John is presenting a radical idea. The logos is not the impersonal force the Greeks thought. It is not less than God but it is with God. The logos is not between God and creation. The logos is God come to creation.

John says in verse 18 No one has seen God. No one has ever seen God in His essence. Wait a minute! Moses saw God saw His back side. Isaiah saw God. Paul says God is a spirit and He is invisible. God is an unapproachable light.

The word for made Him know is exegesis. Exegesis is laying out or explaining so you can understand. Jesus is laying out God so you can understand Him. So Jesus mission is to explain God to us. While you may say Jesus came to die for sins. That would be correct. But supremely He came to make God known and dying on the cross for the forgiveness of sins is one way to make God know to us.

John’s tells us the person who is becoming flesh is God himself. He did not come to reason with us or argue the existence of God. Rather Jesus came to reveal who God is. At the heart of who God is, is the cross.

Notice, John does not say the logos was a God or was the God. That would have meant the logos exhausted who God was. The logos summarized and reveals. The logos does not exhaust the Father. Plus logos and the Father are distinct.

The Logos is the agent of creation, in him is life. This eternal life or indestructible life. This is life as God has it.

God has not only sent a word but as God has become one of us. He is not just with us he is one of us, only without sin. Jesus is completely human. Luke 2:52, Jesus grows. He increases in wisdom. He is now permanently human without forfeiting any of His deity.

He did not grow mystically. He ate just as you and I eat. As the old saying, You are what you eat. Part of the created matter is still part of his body and is now in heaven, glorified. Part of the material world has been glorified. All the earth will be glorified.

The material world is good. It was made by God and God will redeem it. Christians have a different world than the Gnostics. The Gnostics believed that matter was evil. Christian realize matter is good. We are not looking to escape from our body. Rather, we are looking to have it glorified.

Salvation is not just reconciliation, and justification but participation in Christ. We are joined to Christ’s body and Christ’s Spirit. That is why we cannot take our body and do what is improper with it. It is joined to Christ. It is the body of Christ. This is at the heart of Paul’s argument about sexual impurity.

When we come to the Lord’s supper, His glorified body and blood can be consumed but never exhausted. His humanness remains truly human at the Father’s right hand. His divinity is truly divine and that is why he can truly be with us everywhere. You cannot confine Him because he is God. But you can consume Him because he is truly human. In the consuming, He is never exhausted because His humanity is changed it is glorified which shows us what our humanity will be like as well.