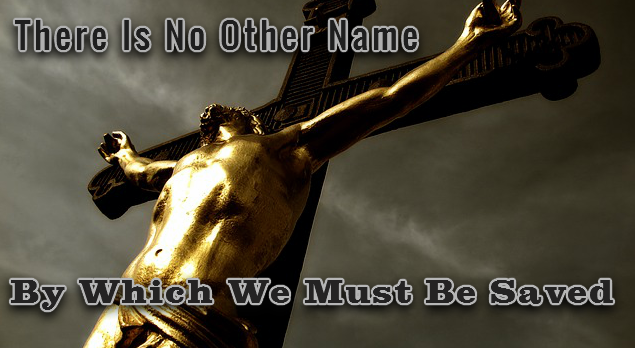 And as they were speaking to the people, the priests and the captain of the temple and the Sadducees came upon them, greatly annoyed because they were teaching the people and proclaiming in Jesus the resurrection from the dead. And they arrested them and put them in custody until the next day, for it was already evening. But many of those who had heard the word believed, and the number of the men came to about five thousand.

On the next day their rulers and elders and scribes gathered together in Jerusalem, with Annas the high priest and Caiaphas and John and Alexander, and all who were of the high-priestly family. And when they had set them in the midst, they inquired, “By what power or by what name did you do this?” Then Peter, filled with the Holy Spirit, said to them, “Rulers of the people and elders, if we are being examined today concerning a good deed done to a crippled man, by what means this man has been healed, let it be known to all of you and to all the people of Israel that by the name of Jesus Christ of Nazareth, whom you crucified, whom God raised from the dead—by him this man is standing before you well. This Jesus is the stone that was rejected by you, the builders, which has become the cornerstone. And there is salvation in no one else, for there is no other name under heaven given among men by which we must be saved.”

Now when they saw the boldness of Peter and John, and perceived that they were uneducated, common men, they were astonished. And they recognized that they had been with Jesus. But seeing the man who was healed standing beside them, they had nothing to say in opposition. But when they had commanded them to leave the council, they conferred with one another, saying, “What shall we do with these men? For that a notable sign has been performed through them is evident to all the inhabitants of Jerusalem, and we cannot deny it. But in order that it may spread no further among the people, let us warn them to speak no more to anyone in this name.” So they called them and charged them not to speak or teach at all in the name of Jesus. But Peter and John answered them, “Whether it is right in the sight of God to listen to you rather than to God, you must judge, for we cannot but speak of what we have seen and heard.” And when they had further threatened them, they let them go, finding no way to punish them, because of the people, for all were praising God for what had happened. For the man on whom this sign of healing was performed was more than forty years old.

We should notice a few things in this passage. First, Satan tries to smother the Gospel as soon as any preaches it. Second, God provides His children with invincible force and strength. Third, Satan’s messengers may be in the church. They may even be the leaders in the church. They teach a false doctrine. They oppose a true doctrine. And no amount of evidence will convince them to stop.

This should teach us to never follow a man’s teaching. Rather it is the Pope, a mega church pastor or a small church pastor. We must always verify what they teach with the scripture.

The temple captain, priests, and Sadducees came over to find out why there was a crowd gathering.

It is uncertain who the temple captain refers to. Most commentators say it could be the commander of the temple police force. As such he was a member of one of the priestly families.

Calvin, in his commentary, says the captain refers to a captain of the Roman army. Herod had built a tower at the temple called Antonia. It housed a group of soldiers. The Roman captain represented the government at the temple. This kept the temple from becoming a refuge for Jews inciting a revolt.

When the group arrived, they found Peter and John teaching and preaching. The captain of the temple responsibility was security. Large gatherings could threaten the peace. Peter and John were teaching the resurrection of the dead in Jesus. The Sadducees did not believe in the resurrection of the dead. This teaching was a direct contradiction to their belief. Plus, many of the Priests were Sadducees.

Teaching the resurrection in the temple threatened the status quo. And who were these guys anyway? They had no education. They had no training. And they had no credentials.

The authorities had one purpose, to stop them from preaching of the gospel. They believed that the forgiveness of sin threatened the peace.

The threw Peter and John in jail overnight for preaching the gospel. But the power of their preaching was not incarcerated. Paul mentions this about his preaching. He even boasts that the Word of God is not bound with him. (2 Timothy 2:9) Five Thousand men believed. They could not stop the God’s Word.

Luke’s wording about 5000 men is not clear. Did he mean 5000 of the crowd believed? Or did he mean 2000 from the crowd? That would bring the total believers to 5000 when added to the 3000 on the day of Pentecost. Either way, the gospel was spreading fast.

The next day the elders, scribes, rulers, High Priest, and the priestly family gathered to decide what to do.

The men listed made up what you might call the executive committee of the council. Annas, the father-in-law of Caiaphas. Caiaphas was the official high priest (John 18:13). The Romans had deposed Annas in a.d. 15. Annas was still the power behind the office. Many Jews regarded Annas as the high priest since the office a lifetime office. The likelihood is John is Jonathan, the son of Annas. He was high priest in a.d. 36. Or It could be Jonathan ben Zaccai. He became president of the Great Synagogue after the fall of Jerusalem. We know nothing about Alexander.

This was no small event. Peter and John drew a big crowd. God had converted five thousand men.

The authorities tried to stop the spread the of truth. Yet God frustrated their efforts They could do nothing. The power of God was evident. They could not deny the miracle.

They did not ask if what Peter and John did were right or wrong. They did not care if what they preached was true. They could not deny it truthfulness. Instead, they asked a process question. “Who gave you the right to do it.” The implication being since no one in authority gave them permission. They must stop regardless of its truthfulness.

They could not question the results. All they could address was the fact Peter and John did not have the right permits. What if people came into the temple willy nilly and started healing everybody. There would be chaos.

Luke tells us Peter responded to the temple rulers by the power of the Holy Spirit. Peter did not speak out on his own power and intelligence. We saw what happened when Peter was on his own. He denied His Lord. Luke lets us know that what Peter said is from the Holy Spirit. So, It is sound doctrine.

Peter started with placing the charge where it belongs. Peter pointed out two things. First, he and John were on trial for doing something good. Rather than being on trial, the authorities should be praising them. Second, those who sat in judgment were guilty of murder. They crime was greater than killing an innocent man. They killed the Christ.

Peter gave the glory to Christ. It was Jesus who healed the lame man. Jesus, whom the authorities killed, rose from the dead. It is Jesus who gave them permission. Not only did Jesus give permission, But He also commanded them to preach the resurrection of the dead in His name.

Peter cites Psalm 118:22. In doing so Peter points out this is not uncommon. Men reject God’s choice one. In the Psalm, David complained that the leaders of the people rejected him. Yet at the same time, David boasted that God had chosen him.

The temple authorities were the builders. And they rejected Jesus the cornerstone.

Peter went on to say there was no other name that beings men salvation. The authorities rejected Jesus. Yet is it only Jesus who could save them from their sins. There is no other means of salvation. This was offensive then and it is offensive now.

The problem then and now is the same. We do not believe we are sinful. What we believe is we are pretty good.

We do not believe the scriptures. They tell us we are sinful. And the smallest sin is worthy of death. We are so sinful we see sin normal.

Christ offers salvation to all men. John (7:37-39) But all men do not accept the free offer. Salvation comes by no other means than by Christ.

Christ took on flesh so He could reconcile us to the Father by the sacrifice of His death. By His resurrection, He has purchased our eternal life. And He is present with us now so we may have the fruit of eternal life. Woohoo! That should make you want to dance a jig!

Men do not understand this doctrine. If they did, then all the controversies about the causes of salvation would end. Both the Roman church and Armenian’s state salvation is in God alone. But once having stated that true doctrine they abolish it by creating things men must do to receive it. Even those who call themselves reformed tend to forget this great doctrine. For we are all Armenian by nature. We are all sinners by nature. But Peter calls us back to Christ alone.

The rulers threaten Peter and John. They told the two to no longer speak in the name of Jesus. This council or rulers represent the Church. But they abused their authority. As a result, the apostles refused to obey them. When men command us to something God forbids or forbid us to do something God command, we are to obey God not men. The position and authority they hold do not matter.

This is true even if the command comes from the church. We must examine all the church’s traditions and commands by the Word of God.

Those God called to teach and preach are to be fearless in their preaching. I knew a preacher once who feared his congregation would vote him out of the church. So he was careful never to offend. He never preached the gospel. The Gospel offends.

Christ came to redeem men. He came to reconcile us to the Father. Praise be to Christ. Let us tell everyone we see about this good news.