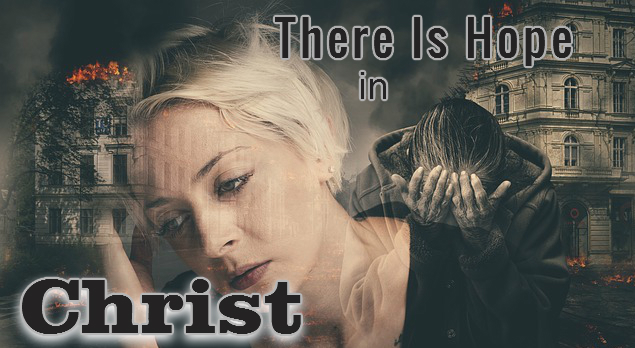 While he clung to Peter and John, all the people, utterly astounded, ran together to them in the portico called Solomon’s. And when Peter saw it he addressed the people: “Men of Israel, why do you wonder at this, or why do you stare at us, as though by our own power or piety we have made him walk? The God of Abraham, the God of Isaac, and the God of Jacob, the God of our fathers, glorified his servant Jesus, whom you delivered over and denied in the presence of Pilate, when he had decided to release him. But you denied the Holy and Righteous One, and asked for a murderer to be granted to you, and you killed the Author of life, whom God raised from the dead. To this we are witnesses. And his name—by faith in his name—has made this man strong whom you see and know, and the faith that is through Jesus has given the man this perfect health in the presence of you all.

“And now, brothers, I know that you acted in ignorance, as did also your rulers. But what God foretold by the mouth of all the prophets, that his Christ would suffer, he thus fulfilled. Repent therefore, and turn back, that your sins may be blotted out, that times of refreshing may come from the presence of the Lord, and that he may send the Christ appointed for you, Jesus, whom heaven must receive until the time for restoring all the things about which God spoke by the mouth of his holy prophets long ago. Moses said, ‘The Lord God will raise up for you a prophet like me from your brothers. You shall listen to him in whatever he tells you. And it shall be that every soul who does not listen to that prophet shall be destroyed from the people.’ And all the prophets who have spoken, from Samuel and those who came after him, also proclaimed these days. You are the sons of the prophets and of the covenant that God made with your fathers, saying to Abraham, ‘And in your offspring shall all the families of the earth be blessed.’ God, having raised up his servant, sent him to you first, to bless you by turning every one of you from your wickedness.”

Here is the second sermon recorded by Luke. Peter delivered both of them. The people had seen a miracle. The tendency is to give the glory of a miracle to men rather than to God. That is what happened here. All the people came rushing over to Peter and John.

It is not clear why the man who was lame clung to Peter and John. It could be out of gratitude. Or, it could be that he was afraid if they left, his healing would leave with them.

The crowd wanted more. This was what happened when Jesus walked the earth. When people saw a miracle they wanted another one. The most outrageous example is the feeding of the 4000. Right after Jesus fed 4000 people They ask for a sign. (Matthew 15:32-16-1; John 6). And the sign they asked for was feeding them. Signs and miracles will never convince anyone. There will always be the need for one more sign. The idea, “If I saw a miracle I would believe,” is a myth. Miracles never convince anyone of the existence of God. Miracles confirm the message.

But it is not only preachers and priests who sin. People run to a saint or faith healer rather than to Christ commit the same sin. They confess God is the author of the miracle. But they thank a saint or a faith healer for the benefits they received. They steal God’s glory. They give it to another.

That was the purpose of the miracle, to point to Christ.

Peter pointed out the people’s sin. They had asked for a murder’s release instead of Christ’s. We so often shy away from talking to people about their sin. We do them no favors when we do this. Men cannot come to God without a knowledge of their sin.

Pilate would have released Jesus but they insisted on Pilate releasing a murder. They wanted a murder pardoned rather than the Author of Life. They preferred one who took life over one who gave life. Yet their preference for death did not inhibit the will of God. God raised Christ from the dead.

Peter told the crowd it was faith in the name of Jesus that made the man’s legs strong. But where did that faith come from? This man was not expecting anything other than money. The man’s sights were set low, very low. The man had no idea who Peter and John were. The scripture says he looked at them expecting money. (v 5)

After exposing the crowd’s sin Peter eases a little. “I know you acted in ignorance, as did your rulers.” When we expose someone’s sin we must not leave them in despair. Unless there is some hope of pardon men harden their hearts. The terror and fear of punishment drive them further into sin.

Though Peter eased the pressure he did not excuse the sin. Peter pointed out that all that happen God knew beforehand. But it was more than a passive knowledge. These things God foretold. God had predestined. God said, through the prophets, Christ would suffer.

Peter called them to repent. He gave them hope if they repented, God would blot out their sins. They may receive life. The Lord will refresh and restore them.

Peter offered them Christ. When Christ comes the next time it will be in judgment. Unless they embrace Christ as redeemer, He will reject them in judgment.

Peter referenced Deuteronomy 18:19, and Leviticus 23:29 in verse 23. “And it shall be that every soul who does not listen to that prophet shall be destroyed from the people.”

Peter also referenced Deuteronomy 18:15. There Moses gave the promise of a coming prophet and they were to listen to him. Peter pointed out Jesus was this prophet.