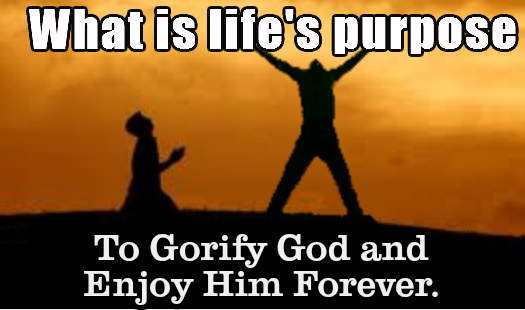 I repeat, let no one think me foolish. But even if you do, accept me as a fool, so that I too may boast a little. What I am saying with this boastful confidence, I say not as the Lord would but as a fool. Since many boast according to the flesh, I too will boast. For you gladly bear with fools, being wise yourselves! For you bear it if someone makes slaves of you, or devours you, or takes advantage of you, or puts on airs, or strikes you in the face. To my shame, I must say, we were too weak for that!

But whatever anyone else dares to boast of—I am speaking as a fool—I also dare to boast of that. Are they Hebrews? So am I. Are they Israelites? So am I. Are they offspring of Abraham? So am I. Are they servants of Christ? I am a better one—I am talking like a madman—with far greater labors, far more imprisonments, with countless beatings, and often near death. Five times I received at the hands of the Jews the forty lashes less one. Three times I was beaten with rods. Once I was stoned. Three times I was shipwrecked; a night and a day I was adrift at sea; on frequent journeys, in danger from rivers, danger from robbers, danger from my own people, danger from Gentiles, danger in the city, danger in the wilderness, danger at sea, danger from false brothers; in toil and hardship, through many a sleepless night, in hunger and thirst, often without food, in cold and exposure. And, apart from other things, there is the daily pressure on me of my anxiety for all the churches. Who is weak, and I am not weak? Who is made to fall, and I am not indignant?

If I must boast, I will boast of the things that show my weakness. The God and Father of the Lord Jesus, he who is blessed forever, knows that I am not lying. At Damascus, the governor under King Aretas was guarding the city of Damascus in order to seize me, but I was let down in a basket through a window in the wall and escaped his hands.

Paul recalls his suffering and hardships. To the casual reader it may appear Paul is doing exactly what he is condemning the false teachers for doing. Paul brags about himself. It was not Paul’s intention to praise himself. Rather his intention was to contrast himself with the false teachers to humble them. His hope was to waken the eyes of the Corinthians to the fact that these false teachers had nothing of value to teach. Everything they claimed as evidence of their authority Paul could claim in greater measure.

When Paul says in verse 20, “For you bear it if someone makes slaves of you, or devours you, or takes advantage of you, or puts on airs, or strikes you in the face”.  Apparently, not only did the false teachers lead the Corinthians astray,  they were physically abusive.

Paul says what anyone can boast of, so can I only better, longer, and louder. At this point he admits his argument was not a heavenly argument. Rather it is an argument of one who does not have anything to boast about.

To paraphrase Paul: The false teacher are saying they are Hebrews, well me too. They are Israelites, same here. They are offspring of Abraham, yep I got that too. Oh they claim to be servants of Christ? I’m a better servant of Christ. Let me show you how; more imprisonments, countless beatings, often near death. Oh and that near death thing wasn’t just because of some accidents. Three time I was beaten with rods. Five times I received 39 lashes. They stoned me once and left me for dead. I was ship wrecked 3 times. I floated alone in the middle of the sea for over 24 hours. I have been on countless missionary journeys. I have been robbed and threatened not only by the Jews, my own people,  but Gentiles too. I have gone without food and water. I even had the government authorities issue arrest warrants for me. And on top of all that I have to worry about y’all and not just y’all but all the other churches too.

You could make say if Paul went though all that, Paul must not have been in the will of God. God only wants good for us. That was the argument the false teachers were making. Their argument was, “See how messed up Paul is. We have it all together. God blesses us. It is clear at best God is disciplining Paul and at worst God has abandoned him. So who does it make since to believe, those blessed by God or Paul who is under the discipline of God?

Paul counters that reasoning with, he is proud of those things which show his weakness. He is glad for those things which cause him to rely totally and completely on God. It is through these things God receives glory. After all, that is what it is all about, glorifying God.

Our purpose is to glorify God. All we do and say, in all situations is to glorify God. It is not God’s job to serve us. We receive joy only by being a slave, a servant of Christ. That is true happiness. If you do not realize that, pray right now that God change your heart and take you as His servant and slave. True joy comes only from glorifying God.