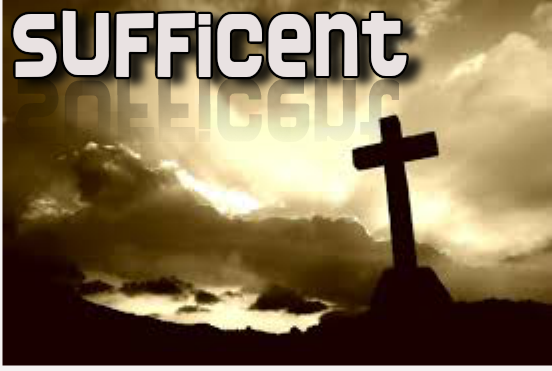 I must go on boasting. Though there is nothing to be gained by it, I will go on to visions and revelations of the Lord. I know a man in Christ who fourteen years ago was caught up to the third heaven—whether in the body or out of the body I do not know, God knows. And I know that this man was caught up into paradise—whether in the body or out of the body I do not know, God knows— and he heard things that cannot be told, which man may not utter. On behalf of this man I will boast, but on my own behalf I will not boast, except of my weaknesses—though if I should wish to boast, I would not be a fool, for I would be speaking the truth; but I refrain from it, so that no one may think more of me than he sees in me or hears from me. So to keep me from becoming conceited because of the surpassing greatness of the revelations, a thorn was given me in the flesh, a messenger of Satan to harass me, to keep me from becoming conceited. Three times I pleaded with the Lord about this, that it should leave me. But he said to me, “My grace is sufficient for you, for my power is made perfect in weakness.” Therefore I will boast all the more gladly of my weaknesses, so that the power of Christ may rest upon me. For the sake of Christ, then, I am content with weaknesses, insults, hardships, persecutions, and calamities. For when I am weak, then I am strong.

Paul abruptly stops boasting. In this way he continues to rebuke his accusers. He states he is reluctant to engaged in the boasting he has already done in the previous chapter. Paul appears afraid if he continues to boast he will become conceded. Yet, Paul feels he must acknowledge the grace he has received from God. He must acknowledge the gifts in gratitude for them. Second, he must acknowledge  them so they do their intended work. Paul does not boast as if they are his possession. Paul does not boast as if they are the result of something God found in him. To do so only brings destruction.

When Paul says he knows a man, it is obvious Paul is referring to himself. He uses the third person to convey an extraordinary experience. Paul’s intent is to remove the spot light from him and place it on Christ. His ultimate purpose is to glorify Christ.

Many have tried to and determine when and where Paul had this experience of the third heaven. That is an exercise in missing the point. Paul’s point is, it is Christ and Christ alone who confers grace. Where it occurred is unimportant. This is further indicated by Paul saying, “Whether in the body or out of the body I do not know, God knows.” It appears the experience was in such a manner Paul himself did not know whether it was bodily or not. Only God knew.

The idea of the “third heaven” has cause a lot of confusion. By third heaven Paul is not distinguishing different heavens. The number three conveys eminence, that is, it denote what is highest and most complete. The term heaven by itself conveys the idea of blessedness and the glorious kingdom of God. Yet Paul is not content with using only that word. Paul wants to convey he reached the greatest heights, the inner most recesses of heaven. Faith allows us to enter heaven. But to reach the third heaven, the inner most recesses of heaven, is granted to only a few.

Paul heard things he could not tell us about. It is not clear rather God forbid Paul to tell.   Or what Paul experienced words could not convey the majesty and splendor of it. I tend to the latter but the former may be correct. Perhaps it was even both.

When Paul says, “If I should wish to boast, I would not be a fool, for I would be speaking the truth”. Paul is using “fool” in a little different manner than he has using it before. A “fool” is one who judges, measures, and values things based on this temporal realm. Here Paul is saying if he would boast, he has evidence to back up his boasting. The things men value and measure he had in ample supply.

Experiencing the third heaven was a great gift for Paul. To keep Paul humble, God inflected him with a thorn in the flesh. Seen in this light even the affliction was a gift of grace from God.

Many theologians have tried to determine what this “thorn” was. There are a multitude of possibilities. It could have been a physical ailment (“in the flesh”). It could have been a harassing demon (“a messenger for Satan”). It could have been Jewish persecutors. There has been no agreement among the hundreds of commentator’s through church history. I think it was poor eye sight such as cataracts for a lot of reasons. But speculation in this area too, is an exercise in missing the point. God inflected Paul with the throne to give grace to Paul.

Paul did not like having the thorn and requested God remove it. God’s response to Paul’s request was “No”. But God did not just say no, He gave Paul a reason to rejoice. “My grace is sufficient for you, for my power is made perfect in weakness.” God’s promise gave Paul strength. Paul ties it all to the source of his and our strength, the cross of Christ.

Paul entire defense to attacks on his apostolic authority is Christ and Him crucified. Paul’s view was crystal clear. He could see his sufferings were reasons to rejoice. He knew Christ’s power was working through them.

Paul’s response to the thorn was what our response should be. We often think “I could do so much more for Christ if only I could …” or “if only I didn’t have …” God accomplishes His purpose because of our weaknesses. God does not have to work around them, His uses them to advance His Kingdom.

Paul has modeled our reaction to attacks on us.