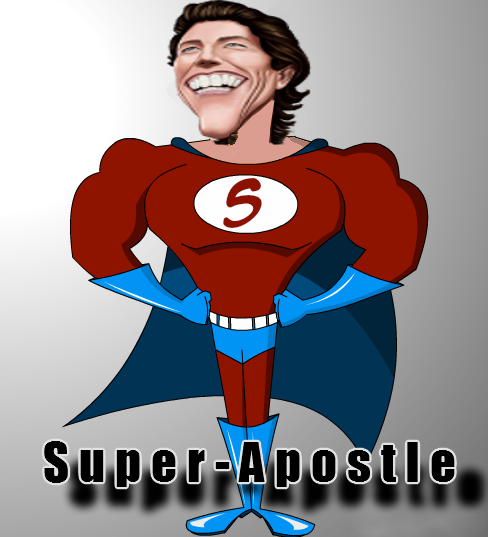 I wish you would bear with me in a little foolishness. Do bear with me! For I feel a divine jealousy for you, since I betrothed you to one husband, to present you as a pure virgin to Christ. But I am afraid that as the serpent deceived Eve by his cunning, your thoughts will be led astray from a sincere and pure devotion to Christ. For if someone comes and proclaims another Jesus than the one we proclaimed, or if you receive a different spirit from the one you received, or if you accept a different gospel from the one you accepted, you put up with it readily enough. Indeed, I consider that I am not in the least inferior to these super-apostles. Even if I am unskilled in speaking, I am not so in knowledge; indeed, in every way we have made this plain to you in all things.

Or did I commit a sin in humbling myself so that you might be exalted, because I preached God’s gospel to you free of charge? I robbed other churches by accepting support from them in order to serve you. And when I was with you and was in need, I did not burden anyone, for the brothers who came from Macedonia supplied my need. So I refrained and will refrain from burdening you in any way. As the truth of Christ is in me, this boasting of mine will not be silenced in the regions of Achaia. And why? Because I do not love you? God knows I do!

And what I am doing I will continue to do, in order to undermine the claim of those who would like to claim that in their boasted mission they work on the same terms as we do. For such men are false apostles, deceitful workmen, disguising themselves as apostles of Christ. And no wonder, for even Satan disguises himself as an angel of light. So it is no surprise if his servants, also, disguise themselves as servants of righteousness. Their end will correspond to their deeds.

Paul was jealous for the Corinthians. He had brought them to Christ. Now false teachers were teaching a new and different gospel, a different Christ. Paul mocks them. He calls them super-apostles. Paul hits back hard against these false teachers. He tells Corinthians the same thing he tells the Galatians. “But even if we or an angel from heaven should preach to you a gospel contrary to the one we preached to you, let him be accursed. (Galatians 1:8)

The highest value in our culture today is tolerance. But when we tolerate a lie or falsehood, there is no virtue in that. In fact, not only is it not a virtue, it is a vice. It is evil.

Paul uses the metaphor of an engagement. A bride and husband are to come to each other pure and as virgins.

Paul says the false teachers and false apostles are servants of Satan. And the Corinthians tolerated them in their church. These were false teachers. Meaning they were teaching in the church. We need to take care who teaches in our church and what they teach. Just using the name Jesus does not make it a true teaching. These false teachers distorted the truth. Their “Jesus”, “spirit” and “gospel” differed from what Paul preached.

The “gospel” taught by these false apostles conformed to the culture. It fit right in with their way of thinking and value system. Paul’s ministry preached the death of Jesus, adversity and suffering. This was not a message that is was easy to hear. We prefer a message which satisfies contemporary tastes and popular philosophies.

When Paul was in Corinth he supported himself and accepted aid from other churches. This seems to have offended some of the Corinthians. Gift giving was and remains to this day a means of establishing friendships. The Corinthians may have misunderstood Paul’s refusal of a gift as an insult. They may have understood it to mean Paul thought of himself superior to the Corinthians. That was not Paul’s intention. Paul does not see his relationship in the worldly social convention. Rather Paul sees it from the standpoint of a new creation. He was their spiritual father. As such, he gives gifts to his children without receiving anything in return. This is in direct contrast to the false apostles. They demanded support from the church.

The false teachers were not limited to erroneous teaching. They were actual servants of Satan inside the church. They were in leadership positions. As such, they posed a real threat to the Corinthian church. Satan often claims to be doing good. But these super-apostles bring slander, immorality and various kinds of destruction to the church. Those who serve Satan will receive their final judgment from God.

What are the qualifications to teach in the church? It does not matter what we want them to be. Too often the only actual qualifications we use are, owning a bible and breathing. We use as an excuse for such a low bar that it is difficult to get teachers. Being hesitant to teach is not a bad thing. “Not many of you should become teachers, my brothers, for you know that we who teach will be judged with greater strictness.” (James 3:1)

I have heard many Sunday School teacher who were completely unqualified to teach. They taught absolute heresy but could not be remove. As a result of the lack of political will, the body of Christ suffered.