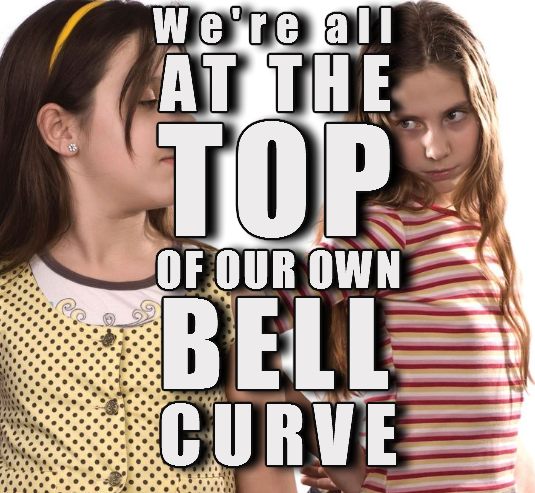 I, Paul, myself entreat you, by the meekness and gentleness of Christ—I who am humble when face to face with you, but bold toward you when I am away!— I beg of you that when I am present I may not have to show boldness with such confidence as I count on showing against some who suspect us of walking according to the flesh. For though we walk in the flesh, we are not waging war according to the flesh. For the weapons of our warfare are not of the flesh but have divine power to destroy strongholds. We destroy arguments and every lofty opinion raised against the knowledge of God, and take every thought captive to obey Christ, being ready to punish every disobedience, when your obedience is complete.
Look at what is before your eyes. If anyone is confident that he is Christ’s, let him remind himself that just as he is Christ’s, so also are we. For even if I boast a little too much of our authority, which the Lord gave for building you up and not for destroying you, I will not be ashamed. I do not want to appear to be frightening you with my letters. For they say, “His letters are weighty and strong, but his bodily presence is weak, and his speech of no account.” Let such a person understand that what we say by letter when absent, we do when present. Not that we dare to classify or compare ourselves with some of those who are commending themselves. But when they measure themselves by one another and compare themselves with one another, they are without understanding
But we will not boast beyond limits, but will boast only with regard to the area of influence God assigned to us, to reach even to you. For we are not overextending ourselves, as though we did not reach you. For we were the first to come all the way to you with the gospel of Christ. We do not boast beyond limit in the labors of others. But our hope is that as your faith increases, our area of influence among you may be greatly enlarged, so that we may preach the gospel in lands beyond you, without boasting of work already done in another’s area of influence. “Let the one who boasts, boast in the Lord.” For it is not the one who commends himself who is approved, but the one whom the Lord commends.
Observation

Paul has completed exhorting the Corinthians. So now he turns to refute those who are attempting to undermine his work. In person Paul was not an imposing force. He did not present himself well. As a result, his opponents used this to attack him. They would say things like: “This is a man who is aware of his inferiority. He only has the guts to speak boldly in letters and from a distance. God would never choose a man with so little ability.”
When someone is passionate, has strong feelings and conviction, their speech is often abrupt. Paul is abrupt here for that reason. He pleads with the Corinthians to be obedient and live holy lives. Then, when he returns he will not need to be harsh. They confused Paul’s meekness with weakness.
Paul demonstrates the characteristics of a good pastor. A good pastor attracts and draws the sheep to the truth. He does not drive them. Sever measures are necessary at times but only as a last resort. Gentleness is the preferred over harshness.
Paul says in verses 3- 6 we are not fighting a war according to the flesh, that is, not a physical war. We are fighting a spiritual war. It follows then the weapons of a spiritual war are not the same as the weapons of the world. Too often we think we need to confront, fight and defeat an opponent. But that is not our job. The results are not our responsibility. God, and God alone, handles the outcome. Our weapons are prayer, and the proclamation of the Word of God.
The false apostles and teachers used a pseudo-intellectualism arguments against Paul. Their weapons were false wisdom but sophisticated arguments. Too often our response to these types of attacks is flippant, “The wisdom of this world is folly”. (1 Corinthians 3:19a) We ignore it and flee from it rather than destroy it and take it captive. Our job is to be able to use intelligent arguments, and prove the truth. “We destroy arguments and every lofty opinion raised against the knowledge of God, and take every thought captive to obey Christ…” This takes work. This requires thought and effort. We are too often too lazy to do the work. We are often too lazy to learn the logic needed to recognize and destroy false arguments. Understanding false arguments is part of the work of sanctification.
Remember, we are to destroy the arguments not the individuals. That is hard. That requires work. Remember, also, that even if you destroy an argument that does not mean sinners will repent. Repentance is a gift from God.
Paul finishes the sentence with, “being ready to punish every disobedience, when your obedience is complete.” Punishment is also a means of grace. Punishment of the elect is not intended to re-balance the scales of justice. We do not pay for our transgressions. Christ’s sacrifice has already paid the price of our sin. God uses punishment to draw us back to His will.
In Corinth there were several who claimed the office of apostle. Several prominent Corinthian Church members began to compare these new apostles to Paul. When they did, Paul came out on the short end of the stick. Paul was an inferior as a speaker. The Corinthians thought Paul weaker because appeared to vacillate between boldness to timidity. They felt snubbed because Paul refused their money. So they thought Paul considered himself superior to them.
But Paul refuses to compare himself to these false apostles. He refuses to fall to their depths of self-boasting and self-promotion. When he does yield in and boast in 11:16-18, he uses sarcasm. He boasts, but refuses the values for the false apostles.
Paul ends this chapter by saying “For it is not the one who commends himself who is approved, but the one whom the Lord commends.” When we compare ourselves to each other, we can always find someone who is worse than we are in some area. We lets us feel good about ourselves. This is a false sense of security. God’s judgment is the one that counts. He uses an objective standard, righteousness. Paul was careful not to make any claim about himself except those that are based on God’s purposes and on what God has done. Paul concludes this chapter with the most basic of Christian principles. Everyone should seek God’s rather than man’s approval.