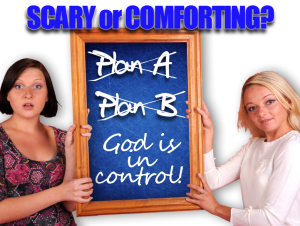 For our boast is this, the testimony of our conscience, that we behaved in the world with simplicity and godly sincerity, not by earthly wisdom but by the grace of God, and supremely so toward you. For we are not writing to you anything other than what you read and understand and I hope you will fully understand— just as you did partially understand us—that on the day of our Lord Jesus you will boast of us as we will boast of you.

Because I was sure of this, I wanted to come to you first, so that you might have a second experience of grace. I wanted to visit you on my way to Macedonia, and to come back to you from Macedonia and have you send me on my way to Judea. Was I vacillating when I wanted to do this? Do I make my plans according to the flesh, ready to say “Yes, yes” and “No, no” at the same time? As surely as God is faithful, our word to you has not been Yes and No. For the Son of God, Jesus Christ, whom we proclaimed among you, Silvanus and Timothy and I, was not Yes and No, but in him it is always Yes. For all the promises of God find their Yes in him. That is why it is through him that we utter our Amen to God for his glory. And it is God who establishes us with you in Christ, and has anointed us, and who has also put his seal on us and given us his Spirit in our hearts as a guarantee.

But I call God to witness against me—it was to spare you that I refrained from coming again to Corinth. Not that we lord it over your faith, but we work with you for your joy, for you stand firm in your faith.

So I made up my mind that I would not make another painful visit to you. For if I grieve you, who is left to make me glad but you whom I have grieved? I wrote as I did, so that when I came I would not be distressed by those who should have made me rejoice. I had confidence in all of you, that you would all share my joy. For I wrote you out of great distress and anguish of heart and with many tears, not to grieve you but to let you know the depth of my love for you.

You might think Paul is bragging when he says in verse 12, “For our boast is this, the testimony of our conscience, that we behaved in the world with simplicity and godly sincerity, not by earthly wisdom but by the grace of God, and supremely so toward you.” Is not pride a sin? Is not boasting sinful. Paul is not saying he himself is the source, as if he had anything that was not given to him. He is not placing the foundation of his salvation on what he has done. He does not even glory in the gifts that have been given him in such a way as to suggest they bring glory to him. So what is Paul saying? Paul glorifies and acknowledges God as the source of everything he is and has done. In following Paul’s example, we must first acknowledge we are indebted to God for every good thing we have. Second, we must acknowledge God’s mercy and grace are the very foundation of our salvation. Third, we must acknowledge God is the sole author of every blessing. Then we along with Paul can glory in what God has done in our lives.

All the good deed we perform, our salvation is not our doing but God’s. But we are glory hogs. We love to bask in glory that is not ours. We try to appear to be something we are not. We want to be held in high regard by others. But our glory is a foreign glory. It belongs to God and is the result of Christ’s work not our work. Therefore, in the sight of God we stand only in the glory of Christ. That is why Paul does not find it enough for men to think he is sincere and behaved honorably. He calls on God as his witness.

In this section, Paul reminds the Corinthians the that, both his writings and preaching were not dishonest or sneaky or filled with hidden meanings. There were not ulterior motives. In the same way the scriptures are not written for scholars. We do not need a PhD in theology, bible or philosophy in order to understand what is being said. We simply need to be able to read. The word of God is clear for those who read it. But that is the key, those who read it. The problem today is we decide what we believe based on what seems right to us, or to our culture. We let others tell us what to believe, We read a verse or two at a time. Rarely if ever will we set down and read an entire book, fully in its context. We live in a modern or post modern culture that bases right and wrong on our own personal biases rather than God’s holy word.

I read Paul here with a little humor. When Paul says,”not with earthly wisdom,” I see Paul saying “If people may think I am an idiot. They can take it up with God.”

Paul is not writing anything new to the Corinthians. But it is clear that they only partially grasped what he had said before. Hopefully this time they will fully grasp it.

When speaking about the “the day of our Lord Jesus” He is referring to the last day. At that time all the temporary and bright shinny objects men glory in will be gone. Only that which is stable and grounded in Christ will remain.

Verses 21 and 22 points to the roles of all three divine Persons in salvation. The Father causes Christ to come and anoints us with His seal. Christ is the one in whom we stand. The Spirit witnesses to us assuring us of God’s mercy and grace.