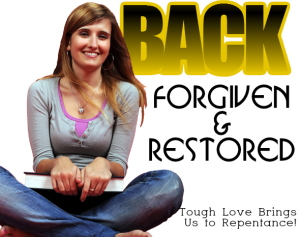 Now if anyone has caused pain, he has caused it not to me, but in some measure—not to put it too severely—to all of you. For such a one, this punishment by the majority is enough, so you should rather turn to forgive and comfort him, or he may be overwhelmed by excessive sorrow. So I beg you to reaffirm your love for him. For this is why I wrote, that I might test you and know whether you are obedient in everything. Anyone whom you forgive, I also forgive. Indeed, what I have forgiven, if I have forgiven anything, has been for your sake in the presence of Christ, so that we would not be outwitted by Satan; for we are not ignorant of his designs.

The person whom Paul is referring to as having “caused grief” may be the person he referred to in 1 Corinthians 5 as the man living with his father’s wife. However, it appears from the passage that the offense was directed against Paul himself. At any rate, Paul speaks mildly about this person and leaves the actual offense a mystery.

Evidently the church had exercised church discipline against the guilty party. Paul does not admonish the church for exercising discipline. However, he does extend kindness and gentleness to the person who had sinned.

But let us examine this situation carefully. The apostle does not tolerate sin. In fact in 1 Corinthians 5 Paul tells the Corinthians they were to excommunicate the immoral person. Excommunication is not intended to be a punishment but rather a correction. Those God has redeemed He preserves and corrects. The church is the body of Christ on earth and therefore the church’s role is not to punish but to correct. It appears that the discipline of the church had done its job and brought about repentance. The Corinthian church now was to welcome the offending party back into the family with all the rights and privileges of being a member of the body of Christ.

Excommunication is to end as soon as the individual is overpowered with a sense of their sin, is humbled in the sight of God and the church and solicits pardon with a sincere dislike of their sin and confession of guilt. If the church continues to deal with the person harshly after that it ceases to be discipline and becomes cruel and domineering.

Christ has forgiveness us for our sins. We have all sinned against the God of creation. Yet He gives mercy and forgives us. There is nothing that should incline us more to extend mercy than that.

Often, however, under the cover of zeal for righteousness a Pharisaical rigor often creeps in. It causes us to ruin the offender rather than cure him. Satan is the great accuser of the elect. We do his work when we do not forgive the penitent.