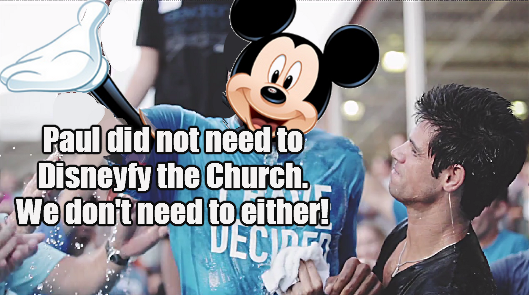 For you yourselves know, brothers, that our coming to you was not in vain. But though we had already suffered and been shamefully treated at Philippi, as you know, we had boldness in our God to declare to you the gospel of God in the midst of much conflict. For our appeal does not spring from error or impurity or any attempt to deceive, but just as we have been approved by God to be entrusted with the gospel, so we speak, not to please man, but to please God who tests our hearts. For we never came with words of flattery, as you know, nor with a pretext for greed—God is witness. Nor did we seek glory from people, whether from you or from others, though we could have made demands as apostles of Christ. But we were gentle among you, like a nursing mother taking care of her own children. So, being affectionately desirous of you, we were ready to share with you not only the gospel of God but also our own selves, because you had become very dear to us.

For you remember, brothers, our labor and toil: we worked night and day, that we might not be a burden to any of you, while we proclaimed to you the gospel of God. You are witnesses, and God also, how holy and righteous and blameless was our conduct toward you believers. For you know how, like a father with his children, we exhorted each one of you and encouraged you and charged you to walk in a manner worthy of God, who calls you into his own kingdom and glory.

And we also thank God constantly for this, that when you received the word of God, which you heard from us, you accepted it not as the word of men but as what it really is, the word of God, which is at work in you believers. For you, brothers, became imitators of the churches of God in Christ Jesus that are in Judea. For you suffered the same things from your own countrymen as they did from the Jews, who killed both the Lord Jesus and the prophets, and drove us out, and displease God and oppose all mankind by hindering us from speaking to the Gentiles that they might be saved—so as always to fill up the measure of their sins. But wrath has come upon them at last!

Paul, in Chapter 1, says he knows God chose the Thessalonians. He now wants to assure them of this truth. Paul wants the Thessalonians to know God called them. They were not called by Paul, a mere mortal man. He argues this from two standpoints. First when Paul came to Thessalonica He was coming from Phillipi. The Thessalonians were aware of the shame and embarrassment Paul suffered in Phillipi. Two of the most powerful negative emotions a person can face are shame and embarrassment. Yet, Paul’s preaching was bold. Second, the Thessalonians themselves were experiencing conflict. This was not what we would call an ideal environment for church planting. Everything was against them. But God built His church. God built it by the preaching of His word. It was not because of Paul, or the programs he instituted. God intervened. God built the Thessalonians’ church.

Paul goes on to say his message was pure. He did not change it to please men. Paul contrasts pleasing men with pleasing God as things that oppose each other. Since men are, by nature, sinful the things of God do not please us. True ministers of the Gospel ought to make it their aim to devote their heart, message and all they have to God.

Paul did not use fancy, manipulative methods to build the church. He did not flatter his audience. He did not try to make them feel good about themselves. He did not take a survey and find their greatest felt need. He did not conduct a study to find out how the community perceived  him and other Christians. Paul’s formula was pretty simple, preach Christ.

Paul also says he has not preached the gospel for gain. This is in direct opposition to the prosperity preachers like Joel Osteen.  Osteen is proud to proclaim he is seeking gain.  On the Oprah Show, he stated, “I can’t be a big blessing to people if I’m poor and broke and depressed and don’t feel good about myself.” I guess he has never heard of Mother Theresa.

Paul says he did not seek approval from other people. That is, Paul did not market the church or himself. Many today think we need to market for God. Paul did not use marketing. That served as part of the evidence the Thessalonians there chosen by God.

In using the illustration of parenthood, Paul compares himself to both a mother and a father. A mother nursing her child demonstrates a wonderful and rare affection. She nurses both day and night. She nurses whether rested or tired. A father instructs, corrects, admonishes and encourages his children. A father does not do this because he has the authority to do so. He does so because he cares and loves his children and wants the best for them.

God is to receive all the credit. The work of the gospel does not depend on us, mere mortal men, what we do or how we do it. It rests only on the truth of God. God’s truth is not an inactive, passive thing. It was at work in the Thessalonians as it is at work in every believer.

Paul commended the Thessalonians for imitating the church in Judea. We imitate Christians who are more mature than we are. This brings to point the importance of church attendance and membership. If we are not associating with other Christians we have no one to imitate. Second it points out the importance of attending a gospel preaching church. Only there in a church which preaches the gospel are there mature Christians.

Unfortunately, today there are many organizations calling themselves churches but never preach the gospel. The use the name Jesus but as Paul said in Galatians it is another gospel (Galatians 1:8-9). They may even read a verse or two from the bible. But Christ’s life, death, resurrection, ascension is only mentioned as a side note.  Christ is only an example to follow. What the gospel means is never mentioned or only mentioned in passing. It is not the main event. Why, because we do not want to hear it. We would rather hear how to raise our children, have a happy marriage, be successful, and feel happy. While I would not argue those are bad things they are mere trapping to the main thing. The main thing is Jesus Christ. The content of most sermons today you could find in Dr. Phil or Oprah.

Paul said, “we speak, not to please man.”  This, of course, is what is happening in our churches today. Pastors give us what we want not what we need. They are giving saying what our itching ears want to hear.

What should you do? Leave now, leave fast. Your soul and the soul’s of your family are too important. You should find a church where you hear Christ preached EVERY Sunday.