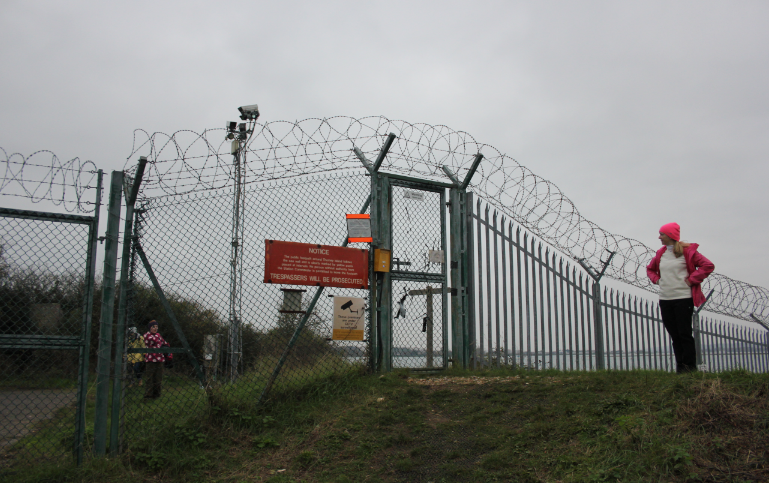 This is my defense to those who would examine me. Do we not have the right to eat and drink? Do we not have the right to take along a believing wife, as do the other apostles and the brothers of the Lord and Cephas? Or is it only Barnabas and I who have no right to refrain from working for a living? Who serves as a soldier at his own expense? Who plants a vineyard without eating any of its fruit? Or who tends a flock without getting some of the milk?

Do I say these things on human authority? Does not the Law say the same? For it is written in the Law of Moses, “You shall not muzzle an ox when it treads out the grain.” Is it for oxen that God is concerned? Does he not certainly speak for our sake? It was written for our sake, because the plowman should plow in hope and the thresher thresh in hope of sharing in the crop. If we have sown spiritual things among you, is it too much if we reap material things from you? If others share this rightful claim on you, do not we even more?

Nevertheless, we have not made use of this right, but we endure anything rather than put an obstacle in the way of the gospel of Christ. Do you not know that those who are employed in the temple service get their food from the temple, and those who serve at the altar share in the sacrificial offerings? In the same way, the Lord commanded that those who proclaim the gospel should get their living by the gospel.

But I have made no use of any of these rights, nor am I writing these things to secure any such provision. For I would rather die than have anyone deprive me of my ground for boasting. For if I preach the gospel, that gives me no ground for boasting. For necessity is laid upon me. Woe to me if I do not preach the gospel! For if I do this of my own will, I have a reward, but if not of my own will, I am still entrusted with a stewardship. What then is my reward? That in my preaching I may present the gospel free of charge, so as not to make full use of my right in the gospel.

Do you not know that in a race all the runners run, but only one receives the prize? So run that you may obtain it. Every athlete exercises self-control in all things. They do it to receive a perishable wreath, but we an imperishable. So I do not run aimlessly; I do not box as one beating the air. But I discipline my body and keep it under control, lest after preaching to others I myself should be disqualified.

From Paul’s rhetorical questions and his statement about those who would examine him, it appears that some of the Corinthians defended their conduct by questioning Paul’s authority and/or criticizing his behavior. Paul defends his right to be supported by the churches and his right to refuses that support. Perhaps some Corinthians were upset over Paul’s refusing their support. Perhaps they concluded that since he refused their support, Paul was not a real apostle. If he is not a real apostle, there was no reason to listen to him.

Paul uses both his and Barnabas’ unmarried status to illustrate and show the distinction between having a right and exercising that right. Paul also supports his point by referring to the Law. In Deuteronomy 25:4 God forbid the Israelites to not allow their oxen to eat as they worked. Paul points out that all of the law was to continually remind Israel of religious principles. Without this understanding the law about oxen in Deuteronomy just appears out of nowhere. It is in the middle of laws about how we treat each other. Because of its context, some have suggested the command to not muzzle an ox was intended to reinforce the instructions about human relationships.

Paul refrains from exercising his rights as an apostle so there would be no barriers between the Corinthians and the gospel of Christ. He reconfirms what he stated in chapter 8. There he says, he would rather never eat meat his entire life than to cause another brother to stumble. In this chapter he reaffirms that with his questions “Am I not free? Am I not an apostle? Have I not seen Jesus our Lord? Are not you my workmanship in the Lord?” He was all these things yet he refused to exercise his right to their support in order to not place a barrier between the Corinthians and the Gospel.

Within the context to the previous chapter it appears the Corinthians were protective of their own rights and freedom. Paul’s example is to give up what he could rightfully claim so that there would not be a barrier between the Gospel of Christ which he preached and those in need of the Gospel, which is all of us.

The fact that Paul singles out Cephas (Peter) by name has been claimed by some to illustrate Paul is acknowledging the establishment of a Pope. This is not only an incorrect understanding, it is absolutely ridiculous. Peter was acknowledged as first among the apostles. But this is not in lordship. Peter should be honored as one presiding over others as we should honor anyone who excels in the gifts of God’s grace. However, Peter had nothing resembling lordship. While Peter was presiding over others, at the same time he was subject to them as his colleagues. An example of this is Galatians 2:11. There Paul opposed Peter to his face because Peter stool condemned. Even though Peter holds a high place in church history it in no way bestows preeminence on his successor(s). Just as Matthias succeeded Judas (Act 1:12-26) so a Judas can succeed Peter.

The last part of the chapter makes clear that Paul has in no position to boast for merely preaching the gospel. He had no choice in the matter. He was compelled to do so. The only thing he could boast in was the fact he did it for free. And he would not allow anyone to take that away from him.

From this some have taken away the idea that there are good works where we go above and beyond the call of duty. As a result of doing these good works we receive a reward for those works. This is called, “works of supererogation.” Works of supererogation are works so meritorious that God would be unjust in not rewarding them. This doctrine fails for two reasons. First, Paul was called to preach the gospel. Not taking payment is not in itself a good work. If not taking payment would have impeded the preaching of the gospel it would have been a bad work not a good work. Therefore, not taking payment cannot in itself be called a good work.

Paul’s love for Christ could not be expressed by doing what he was compelled to do. Paul desired to express his love and not taking payment was a method for doing so. When Paul says we will receive a reward. This is not a reward as we normally think of a reward today. The greek word μισθός means pay for service. It could easily be translated wages. Therefore nothing is implied about being able to go above and beyond the call to duty.

Paul says he does what he does for the gospel so he may share with others in the blessings of the gospel.

Paul concludes the chapter with an illustration about a running a race and boxing. This illustration is to help the Corinthians, and by extension us, understand the need to focus and discipline ourselves for the sake of the Gospel. Paul emphasizes the importance of single-mindedness.

We are to discipline our minds and bodies as an athlete disciplines himself. We must be willing to set aside our selfish interests for the sake of our primary purpose, Christ.

Verse 27 has often been used as an indication that it is possible to “loose our salvation.” Paul was confident that absolutely nothing would be able to separate him from God’s love (Romans 8:38–39), but Paul never presumed that he was saved because of what he did. Neither can we afford to take lightly the warnings of Scripture (1 Corinthians 10:12).

Bible teachers impose upon themselves a high degree of responsibility. Not only must they teach properly, they must live exemplary lives. “Not many of you should become teachers, my brothers, for you know that we who teach will be judged with greater strictness.” (James 3:1) However, Paul’s teaching here goes beyond teachers, preachers and ministers. The principle Paul talks about here applies to each of us.

What was important to Paul was not putting a barrier between people and the gospel. We often place barriers between the gospel and people. We do that with language. We use church talk. It is a code that only those on the inside understand. We establish rules, for living that supposedly help us live a holy life but only cut us off from the world.

Paul’s example is to break down barriers and allow God to convict and convert through the Gospel.