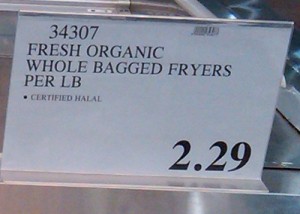 Now concerning food offered to idols: we know that “all of us possess knowledge.” This “knowledge” puffs up, but love builds up. If anyone imagines that he knows something, he does not yet know as he ought to know. But if anyone loves God, he is known by God.

Therefore, as to the eating of food offered to idols, we know that “an idol has no real existence,” and that “there is no God but one.” For although there may be so-called gods in heaven or on earth—as indeed there are many “gods” and many “lords”— yet for us there is one God, the Father, from whom are all things and for whom we exist, and one Lord, Jesus Christ, through whom are all things and through whom we exist.

However, not all possess this knowledge. But some, through former association with idols, eat food as really offered to an idol, and their conscience, being weak, is defiled. Food will not commend us to God. We are no worse off if we do not eat, and no better off if we do. But take care that this right of yours does not somehow become a stumbling block to the weak. For if anyone sees you who have knowledge eating in an idol’s temple, will he not be encouraged, if his conscience is weak, to eat food offered to idols? And so by your knowledge this weak person is destroyed, the brother for whom Christ died. Thus, sinning against your brothers and wounding their conscience when it is weak, you sin against Christ. Therefore, if food makes my brother stumble, I will never eat meat, lest I make my brother stumble.

It appears the Corinthians had written to Paul about an issue which they were debating. The exact question is unknown. Based on Paul’s response I believe the question went something like this. “Since there is only one God and idols do not really exist, is it alright to eat the food that has been offered to idols as a sacrifice? After all it is cheap and tastes really good.” Alright maybe they did not add that last sentence. But it is fun to think they did.

The Corinthians were worried about the wrong thing. They were worrying about eating or not eating certain things. They were asking a law question. Instead they should be asking about grace. They needed to worry about giving grace to brethren who may not be solidly grounded in good sound doctrine.

Paul addresses a sin which they probably were completely unaware they even were committing, arrogance. They understood something that newer and weaker believers did not understand. Since they understood that idols were not real, it gave them liberty to ignore the claims of those who worshiped idols. They were proud of this knowledge and understanding. “This ‘knowledge’ puffs up.” They needed to show charity, “love builds up.”

Some may not understand that idols have no power. And since idols have no power it does not matter where the food is cooked. It could be cooked inside the idol’s temple, inside a home or in an open field. Where the food is cooked does not affect the composition of the food. Food will not commend us or condemn us. Food is just food. Food is a gift from God for our benefit.

There were those who were fully aware of this. They could even point to scripture to support their position. God teaches us to mock idols (Isaiah 46:6,7). We should not worry about eating food offered to them. Paul acknowledges this and even affirms it. That is not the error that was being made. The sin the Corinthians were committing was the abuse of the doctrine. The sin was not showing grace to a weaker brother, a brother for whom Christ died.

Here, Paul uses very strong language. He says we destroyed the weaker person when we ignore their concerns and weaker faith. We cause the weaker Christian to sin. They are sinning not merely because they think they are doing something wrong, but because they believe they have fallen back into their idolatrous ways.

What some of the Corinthians thought of as a source of pride, their knowledge of Christian freedom, should be a source of shame because of how it was used, or rather abused. Paul concluded that though he has the liberty and knowledge to eat whatever food he desires, he will refrain because of the weaker brother.

We have been granted grace let us show grace.

The eating of food sacrificed to idols is not a burning issue today. But demonstrating a lack of grace toward other weaker Christians is a problem. We need to teach and train those less mature in the faith. But in doing so we need to be careful we do not cause them to act against conscience. As Paul said in Romans 14:23b “For whatever does not proceed from faith is sin.”