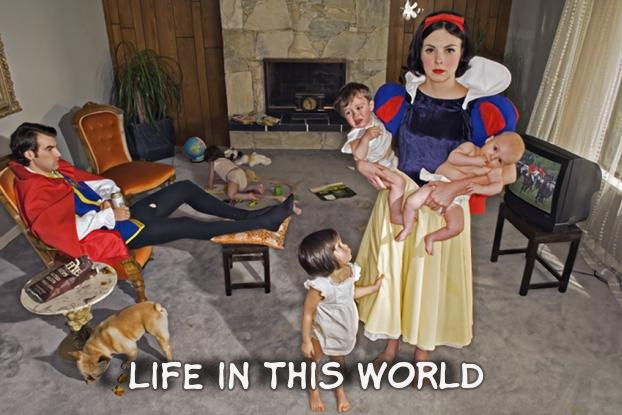 If anyone thinks that he is not behaving properly toward his betrothed, if his passions are strong, and it has to be, let him do as he wishes: let them marry—it is no sin. But whoever is firmly established in his heart, being under no necessity but having his desire under control, and has determined this in his heart, to keep her as his betrothed, he will do well. So then he who marries his betrothed does well, and he who refrains from marriage will do even better.

A wife is bound to her husband as long as he lives. But if her husband dies, she is free to be married to whom she wishes, only in the Lord. Yet in my judgment she is happier if she remains as she is. And I think that I too have the Spirit of God.

Paul states clearly he is giving advice. He is giving his opinion and what he writes is not a command from the Lord. It would be wrong however, to understand this passage as giving permission to go beyond what the scripture says. That is, since Paul gave restrictions that were not in scripture it provides a principle we can use to go beyond scripture and add to God’s word. Here is a comment John Calvin makes about that idea. “Papists, however, rashly infer from this, that it is allowable to go beyond the limits of God’s word, since nothing was farther from Paul’s intention than to go beyond the limits of God’s word for if any one attends more closely, he will see, that Paul here advances nothing but what is included in what Christ says in Matthew 5:32, and Matthew 19:5; but in the way of anticipating an objection, he acknowledges that he has no express precept in the law, pointing out who ought to marry, and who not. (The Complete Biblical Commentary Collection of John Calvin)

Some, and I include myself in that number, believe when Paul says, “in view of the present distress” He is referring to a specific problem in Corinth. Others believe the language in verse 28 suggests that Paul is referring to a more general idea, specifically the issue that faces all Christians. How do we serve Christ in the present evil age? While I would admit that could be an application of this passage I do not think that is a sound understanding of what Paul had in mind when he wrote the words, “in view of the present distress”

The theme of this passage is found in the first paragraph, where Paul tells the Corinthians to live as if they were not a part of this world.

Paul is trying to arouse the Corinthians from their stupor. He asks them to recognize that life is short. He infers from this we ought to use the things of the world as if they are not ours. The man who considers himself a stranger in the world uses the things of the world as if they belonged to someone else. They are simply on loan. The mind of the Christian should not be taken up with worldly things. Everything, and I mean everything, you own will someday belong to someone else. You will no longer own anything. According to Paul, the man who dies with the most toys does not win. The man with the most toys when he dies is a fool. The man who lives forever wins.

In verse 36 Paul says, “If anyone thinks that he is not behaving properly toward his betrothed…” He appears to be talking to men who had differed marriage to their fiancée. Later in that same verse when he says, “let them marry—it is no sin.” he seems to be talking to fathers who may have not permitted their daughters to marry. In either case, whether for the young single or the widow Paul is clear, marriage should not be inhibited, though he argues for the advantage of remaining unmarried.

We often live in the here and now. We live in the secular. Why, because that is what seems important to us. Often times we compromise with what we believe thinking it is pragmatic. YOu may have heard someone say, “I live in the real world,” as if the kingdom of God is not real. “If I don’t go along I will lose my job.” “Everyone else is doing it.” “I have to do it to compete.”

All these are ways we live dealing with the world. They are pragmatic solutions to difficult situations. But Paul is pointing out the time is short. What is truly pragmatic is living in a manner that brings glory to God. The present form of the world will be gone in the blink of an eye. Then, where will you be?  Then, what will be important? Then, will be too late.