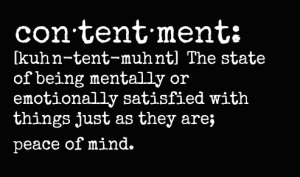 Only let each person lead the life that the Lord has assigned to him, and to which God has called him. This is my rule in all the churches. Was anyone at the time of his call already circumcised? Let him not seek to remove the marks of circumcision. Was anyone at the time of his call uncircumcised? Let him not seek circumcision. For neither circumcision counts for anything nor uncircumcision, but keeping the commandments of God. Each one should remain in the condition in which he was called. Were you a bondservant when called? Do not be concerned about it. (But if you can gain your freedom, avail yourself of the opportunity.) For he who was called in the Lord as a bondservant is a freedman of the Lord. Likewise he who was free when called is a bondservant of Christ. You were bought with a price; do not become bondservants of men. So, brothers, in whatever condition each was called, there let him remain with God.

This passage has sometimes been misused to state Christians should not attempt to improve their social or economic situation. When Paul says that we are to lead the life God has assigned to us, it is not a reference to social or economic standing. This is made clear when he tells those who are bondservants to take advantage of an opportunity to free if it is afforded them. Paul instead is referring to conversion itself. The meaning is God has given each of His elect a measure of grace. That grace is to be used in His ministry.

“God condescends to make us ministers of His grace for the salvation of our brethren; while the calling, on the other hand, should hold us, as it were, under God’s yoke, even where an individual feels his situation to be an unpleasant one.” – John Calvin (The Complete Biblical Commentary Collection of John Calvin)

The only thing that counts is keeping the law. But wait! Paul just said in Galatians that we are not saved by works of the law. Both are correct. If you murder someone you are a murderer. You could argue you are not a murderer. “I haven’t murdered anyone today. In fact, I haven’t murdered anyone for weeks. Therefore I am not a murder.” You could argue it, but you would be wrong.

Paul says the only thing that counts is keeping the law. Since we are sinner we have not kept the law. We rely upon God’s mercy for forgiveness and His grace to make us righteous.

Therefore in context with what is around this sentence, Paul is saying that in external things we must not rashly abandon the call i.e. our profession, or vocation we had when we entered the will of God. He simply begins with circumcision as an example.

If we realized that we were servant of Christ, Christ the King of all kings, Christ the very God of the universe, we would understand the even slavery cannot harm our position. And a privileged position it is. And on the hand, even the greatest among us is only a humble servant before Christ. He bought us just as one would buy a slave. And how wonderful it is to be a slave of Christ! Christians are not, and must not become slaves of men.