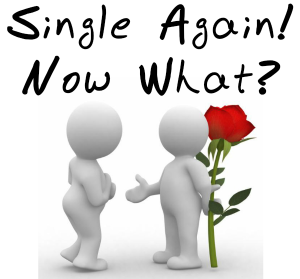 Now concerning the matters about which you wrote: “It is good for a man not to have sexual relations with a woman.” But because of the temptation to sexual immorality, each man should have his own wife and each woman her own husband. The husband should give to his wife her conjugal rights, and likewise the wife to her husband. For the wife does not have authority over her own body, but the husband does. Likewise the husband does not have authority over his own body, but the wife does. Do not deprive one another, except perhaps by agreement for a limited time, that you may devote yourselves to prayer; but then come together again, so that Satan may not tempt you because of your lack of self-control.

Now as a concession, not a command, I say this. I wish that all were as I myself am. But each has his own gift from God, one of one kind and one of another.

To the unmarried and the widows I say that it is good for them to remain single as I am. But if they cannot exercise self-control, they should marry. For it is better to marry than to burn with passion.

To the married I give this charge (not I, but the Lord): the wife should not separate from her husband (but if she does, she should remain unmarried or else be reconciled to her husband), and the husband should not divorce his wife.

To the rest I say (I, not the Lord) that if any brother has a wife who is an unbeliever, and she consents to live with him, he should not divorce her. If any woman has a husband who is an unbeliever, and he consents to live with her, she should not divorce him. For the unbelieving husband is made holy because of his wife, and the unbelieving wife is made holy because of her husband. Otherwise your children would be unclean, but as it is, they are holy. But if the unbelieving partner separates, let it be so. In such cases the brother or sister is not enslaved. God has called you to peace. For how do you know, wife, whether you will save your husband? Or how do you know, husband, whether you will save your wife?

It is quite possible that an ascetic group of Christian were arguing against sexual promiscuity and went over board and argued that Christians should not marry and those married should abstain from sexual relations even with their spouse. Paul seemed to try to word his response very carefully so his teaching is not misrepresented or misunderstood. He is very careful to say what is his opinion and what is a command from God.

Paul does not dismiss the group who believe Christians should abstain from sex. In fact, he even gives them a concession. “Now as a concession, not a command, I say this. I wish that all were as I myself am. ”

Paul’s writing on the subject is remarkable considering the status of women at within the contemporary culture. Not much information exists about Roman women in the first century. Women were not allowed to be active in politics, so nobody wrote about them. Neither were they taught how to write, so they could not tell their own stories. Although some were allowed more freedom than others, there was always a limit, even for the daughter of an emperor. Rome did not regard women as equal to men before the law. They received only a basic education, if any at all, and were subject to the authority of a man.

When Paul says, “To the rest I say (I, not the Lord)…”is not to be understood that there is an opposition between Christ and Paul. When Paul speaks as an Apostle he is inspired and speaks with divine authority. Paul is careful not to abuse his apostolic authority. He is careful to say he is giving his opinion and not giving a divine commandment.

This is a hard and unpopular teaching. But Christ Himself said, “But I say to you that everyone who divorces his wife, except on the ground of sexual immorality, makes her commit adultery, and whoever marries a divorced woman commits adultery.” (Matthew 5:32) These are not the words a person in a hard marriage wants to hear.

What do you do if your spouse leaves? You did not divorce your spouse, your spouse divorces you. Paul says let them go. You are released from the marriage. The implication of what it means to no longer be enslaved is debated. I and many other commentators see this as permission to remarry since there is no longer a bondage to the first marriage. Others see that as going too far. This is only saying the Christian is not obligated to insist the marriage remain intact. Insisting that the marriage remain intact would not allow them live in peace.

When Paul says the unbelieving spouse is made holy by the believing spouse he not saying that salvation can come through marriage. This is, however, a striking statement. There is a special character in a home when one partner is a believer. The whole family is regarded as being in the covenant with God. Even the unbelieving spouse receives blessings from God. Even more so the children, who are not old enough to express their faith, receive blessings.

Paul’s teaching here on marriage is clear. You should not separate from your spouse. If you do separate you should not remarry. The church, today, holds a low view of marriage today because the culture holds a low view of marriage. The culture is influencing the church rather than the church influencing the culture. The church believes since it is common it must be OK. “Everyone can’t be wrong.” This is the argument used to justify many theological heresies. Rather than submitting to the authority of scripture and logic. We submit to mob rule.