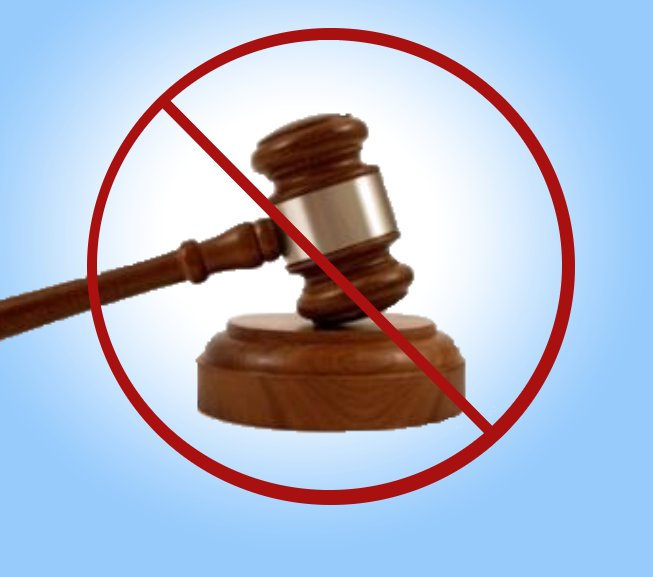 When one of you has a grievance against another, does he dare go to law before the unrighteous instead of the saints? Or do you not know that the saints will judge the world? And if the world is to be judged by you, are you incompetent to try trivial cases? Do you not know that we are to judge angels? How much more, then, matters pertaining to this life! So if you have such cases, why do you lay them before those who have no standing in the church? I say this to your shame. Can it be that there is no one among you wise enough to settle a dispute between the brothers, but brother goes to law against brother, and that before unbelievers? To have lawsuits at all with one another is already a defeat for you. Why not rather suffer wrong? Why not rather be defrauded? But you yourselves wrong and defraud—even your own brothers!

Or do you not know that the unrighteous will not inherit the kingdom of God? Do not be deceived: neither the sexually immoral, nor idolaters, nor adulterers, nor men who practice homosexuality, nor thieves, nor the greedy, nor drunkards, nor revilers, nor swindlers will inherit the kingdom of God. And such were some of you. But you were washed, you were sanctified, you were justified in the name of the Lord Jesus Christ and by the Spirit of our God.

It appears that Paul is changing subjects from the previous chapter where he talks about immorality to law suits among Christians. But there is a connection. The subject of immorality will reappear in verse 9. Second, the problem with law suits is directly related to the morality problem Paul discusses in Chapter 5. It primarily is a result of a weak doctrine of the church.

This text does not however address the legitimate authority of the civil authorities to judge mattes God has put in their rightful jurisdiction.

When we take a fellow believes to be judged before nonbelievers, we bring disgrace upon the gospel and the name of Christ is held up to ridicule by the ungodly. Secondly, we treat our fellow Christian with disrespect when we subject them to the decisions of unbelievers.

Paul asks the question “Does he dare go to law before the unrighteous instead of the saints?” It is like he is saying, what is wrong with you? He is almost in disbelief. If anyone has a complaint against another brother it ought to be decided before godly judges rather than ungodly.

You might object to Paul’s teaching here with the objection that judges are rulers placed in their position by the providence of God. Their job is to provide justice for all and decide matters which are in dispute. Why should we not seek redress before them? First, Paul does not condemn those who are required to appear before a judge or magistrate from doing so. For example, when a person is summoned to appear in court he ought to do so even if the judge is a non-believer. Rather Paul is condemning those who initiate a law-suit against a brother outside of the church. A quick Google search will reveal countless times churches and church members have brought each other before non-believers to adjudicate an issue.

Our natural reaction is to respond, “But I have been wronged! What do you expect me to do, just take it?” Paul’s answer is, yes. It is better to be defrauded than to bring a matter before non-believers for adjudication. The Westminster catechism says in Question 1. What is our main purpose in life? It is to glorify God and enjoy Him forever. That is the reason we were born, to glorify God. Bringing disgrace to the church and the gospel does not glorify God.

According to Micah 6:8 What does God require of us. God requires that we act justly and that we love mercy. Mercy is something that is undeserved and unwarranted. Paul says here it is better to suffer a wrong or be defrauded. In doing so, we give mercy.

The statement by Paul to suffer wrong rather than taking an issue before a non-believer makes it clear how important the idea of Christian community is. Paul is not saying that Christians are to encourage abuse from each other. After all, injustice should not even exist in the Christian community. The fact that it did in the Corinthian church and in our churches today shows how far we are from the will of God.

Paul tells us that the unrighteous will not inherit the kingdom of God. Then he goes on to list sins that will keep us from eternal life. He concludes that list with, “And such were some of you.” How can this be? How can the Corinthians have been sinners and doing the things Paul listed as keeping us from inheriting the Kingdom of God and now be saints. Paul’s answer is twofold. First God delights in justifying the wicked. (Romans 4:5) Second, Those who God justifies i.e. declares righteous He also sanctifies, i.e. leads to a holy life. (Romans 6:1-4) God is the one who cleanses. We do not stop doing the things Paul listed so God can redeem us. God redeems us so we can stop doing those things.

Paul demonstrates a confidence that the Corinthians are true believes. They simply need correction. Their present misbehavior does not define our destiny. However, persistent wickedness would be an indication that their faith is false and they have no place in the kingdom.