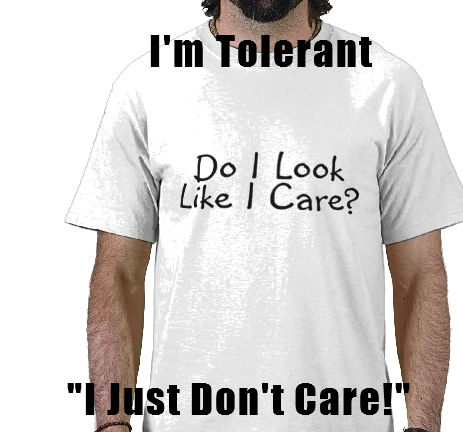 It is actually reported that there is sexual immorality among you, and of a kind that is not tolerated even among pagans, for a man has his father’s wife. And you are arrogant! Ought you not rather to mourn? Let him who has done this be removed from among you.

For though absent in body, I am present in spirit; and as if present, I have already pronounced judgment on the one who did such a thing. When you are assembled in the name of the Lord Jesus and my spirit is present, with the power of our Lord Jesus, you are to deliver this man to Satan for the destruction of the flesh, so that his spirit may be saved in the day of the Lord.

Your boasting is not good. Do you not know that a little leaven leavens the whole lump? Cleanse out the old leaven that you may be a new lump, as you really are unleavened. For Christ, our Passover lamb, has been sacrificed. Let us therefore celebrate the festival, not with the old leaven, the leaven of malice and evil, but with the unleavened bread of sincerity and truth.

I wrote to you in my letter not to associate with sexually immoral people— not at all meaning the sexually immoral of this world, or the greedy and swindlers, or idolaters, since then you would need to go out of the world. But now I am writing to you not to associate with anyone who bears the name of brother if he is guilty of sexual immorality or greed, or is an idolater, reviler, drunkard, or swindler—not even to eat with such a one. For what have I to do with judging outsiders? Is it not those inside the church whom you are to judge? God judges those outside. “Purge the evil person from among you.”

Paul addresses an issue that was not speculation but was well known and in general circulation. This was not a vague rumor. It is not completely clear whether the man seduced the woman from his father as a prostitute or whether he kept her under the pretense of marriage. In either case it does not affect the issue at hand. Paul mentions that this type of behavior was not even practiced among those outside the church. The Corinthians however not only tolerated it. They boasted in their toleration. The Corinthian church is the model of the western church today, and not in a good way.

The Church at Corinth took pride in being tolerate. After all they could justify it by saying; they were expressing the love of Christ. After all Christ did not condemn the woman caught in adultery, therefore we should not condemn this man either. As a result they accepted and embraced the idea those who claim the name of Christ can lived as if Christ’s suffering had no effect on their lives.

It is interesting that Paul does not use as an argument the world will hold them in contempt for their blatant hypocrisy. Nor does he use as a primary argument that they bring shame to the name of Jesus, though he does imply it. His main concern is effect their actions have on themselves and the man with his father’s wife.

Paul commands the Corinthians to expel, excommunicate, the man from them. The purpose of the excommunication is for the man’s salvation. It appears this had the desired effect and the man did repent according to 2 Corinthians 2:5-11.

Paul points out that the church is already purified by Christ. Christ is the Passover lamb. Even in his rebuke Paul encourages the church. In invoking the imagery of the Passover feast. He says we, the church, who are already made new, are to be celebrate to Chriost.

Paul had previously written to the Corinthians. This letter is no longer in existence. In this letter Paul instructed the Corinthians to separate themselves from those who practiced sexual immorality. Either some had miss understood Paul and thought they were to not associate with anyone who was sexually immoral or thought Paul was unreasonable.

Today “sexual freedom” is rampant. It is even held by some as a basic human right. Sexual immorality is so wide spread today, if we were not to associate with anyone who was sexually immoral we could not even step outside our front door.

The apostolic command is to expel those who are immoral from the church. Paul quotes Deuteronomy 17:7 “Purge the evil person from among you.”

Churches today are more interested in getting people to attend church than their repentance and salvation. If someone is excommunicated from one church, they just go down the street to the next church that will welcome them with open arms and condemn the first church for the excommunication.

The church today, along with the world, believes that toleration is the highest virtue. Who are we to condemn?  “Judge not that you be not judged.”  We can’t excommunicate someone. We have to love them and accept them warts and all. We have to show them the love of Christ. Christ loved sinners and ministered to them. And the church is the body of Christ on earth today.

Yes! All of that is true, for those outside the church, for those who do not claim the name of Christ. Once they have repented the church is to discipline and aid in their sanctification.

Christ condemned the Pharisees for their hypocrisy. He condemned and turned over to Satan those who claimed to be doing the will of God but were hypocrites. When the church disciplines, it is not being mean and uncaring. It is being extremely caring. The church is expressing concern for a person’s soul.

“Purge the evil person from among you.”