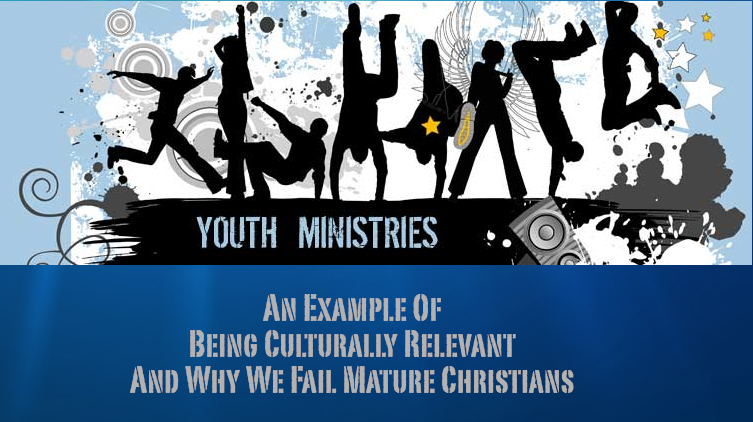 But I, brothers, could not address you as spiritual people, but as people of the flesh, as infants in Christ. I fed you with milk, not solid food, for you were not ready for it. And even now you are not yet ready, for you are still of the flesh. For while there is jealousy and strife among you, are you not of the flesh and behaving only in a human way? For when one says, “I follow Paul,” and another, “I follow Apollos,” are you not being merely human?

What then is Apollos? What is Paul? Servants through whom you believed, as the Lord assigned to each. I planted, Apollos watered, but God gave the growth. So neither he who plants nor he who waters is anything, but only God who gives the growth. He who plants and he who waters are one, and each will receive his wages according to his labor. For we are God’s fellow workers. You are God’s field, God’s building.

According to the grace of God given to me, like a skilled master builder I laid a foundation, and someone else is building upon it. Let each one take care how he builds upon it. For no one can lay a foundation other than that which is laid, which is Jesus Christ. Now if anyone builds on the foundation with gold, silver, precious stones, wood, hay, straw— each one’s work will become manifest, for the Day will disclose it, because it will be revealed by fire, and the fire will test what sort of work each one has done. If the work that anyone has built on the foundation survives, he will receive a reward. If anyone’s work is burned up, he will suffer loss, though he himself will be saved, but only as through fire.

Do you not know that you are God’s temple and that God’s Spirit dwells in you? If anyone destroys God’s temple, God will destroy him. For God’s temple is holy, and you are that temple.

Let no one deceive himself. If anyone among you thinks that he is wise in this age, let him become a fool that he may become wise. For the wisdom of this world is folly with God. For it is written, “He catches the wise in their craftiness,” and again, “The Lord knows the thoughts of the wise, that they are futile.” So let no one boast in men. For all things are yours, whether Paul or Apollos or Cephas or the world or life or death or the present or the future—all are yours, and you are Christ’s, and Christ is God’s.

Paul addresses this letter “To the church of God that is in Corinth, to those sanctified in Christ Jesus, called to be saints together with all those who in every place call upon the name of our Lord Jesus Christ, both their Lord and ours” (1 Corinthians 1:2) Yet, in this passage he calls them, “people of the flesh.”

The word “but” has been referred to as a verbal eraser. It means, “You know what was just said? Forget about it because is it does not apply in this situation.” In the sentence just preceding this passage Paul says “We have the mind of Christ.” Now he says BUT! “But I, brothers, could not address you as spiritual people, but as people of the flesh, as infants in Christ.” The Corinthians had the mind to Christ and it was not being used. It was like they did not have Christ’s mind at all.

The Corinthians are still submitting to carnal desires. They were not prepared to receive God’s wisdom. Paul does soften his rebuke a little by calling them brethren. Nonetheless, he is rebuking them. The Corinthians were engulfed with self-indulgence. They were self-centeredness. As a result, they could not accept God’s wisdom.

Paul rebukes the Corinthians for being infants in Christ. This should come as a warning to those who would miss use 1 Peter 2:1-2 and our Lords words, in Luke 18:17. An infant does not remain immature. As an infant grows, it consumes more than milk. Neither Peter nor Jesus is saying to remain spiritually immature. Paul is admonishing the Corinthians for remaining spiritually maturing. They were still fighting, squabbling and arguing over inconsequential things.

Paul then goes from the general to the specific. That is, Paul goes from say they are immature to addressing a specific example of how the Corinthians demonstrate their immaturity. They were arguing over whose teaching they followed, Paul or Apollos or neither. Then there were those who believed they did not need a teacher. They simply said they followed Christ.

Paul asks, “What then is Apollos? What is Paul?” He then answers his own question. Ministers are appointed to bring you to faith through their preaching. Therefore, no man is glorified. Faith in Christ does not allow glorying in anything or anyone except Christ and Christ alone.

Additionally, each minister may play a different role. No role is lesser or greater than the other. Paul planted. Apollos watered. But both are in vain unless, by grace, God causes the seed to grow. Additionally, God could have used different individuals to sow or plant. The sowers and planters are inconsequential. God is sovereign over all. God is the primary cause. This is true in all evangelism. You and I can only present the gospel. It is God who changes a heart. God could use anyone to do what we do. When it comes to ministry God can use whoever He desire. We are not special.

We should be careful to understand and read Paul carefully when he says “each will receive his wages according to his labor.” He says we receive the wages according to our labor not our labor’s results. Paul has just said God is responsible for the results. We are responsible for obeying. We do not determine the effect. All we need to worry about is fulfilling our assignment.

Paul says this to remind us of the judgment-seat of God. He admonishes the ministers and teachers who are intoxicated with the applause of the world and receiving glory from men. Those are worthless. We work and labor in the employ of God and for His glory.

What we do, will be judged by fire. Paul is speaking metaphorically. Fire refers to the Holy Spirit. It is the Spirit who decides what doctrine resembles gold and what resemble straw. If our works survive this judgment, we receive a reward. If they do not survive we will suffer a loss. But in the middle of saying how important our works are, Paul is careful to insert “though he himself will be saved.” Even while exhorting the Corinthians to do good works, Paul wants to be sure we understand we are not saved by our works.

Temples are built and Paul refers to himself, the other apostles and other teachers as builders of the temple. Paul’s role was to lay the foundation. Others build on that foundation. In this passage, Paul is referring to the church when he refers to the temple. We corporately are the church, the temple of God.

Paul ends this chapter by reminding the Corinthians of what he said in Chapter 2. The wisdom of this culture is not the wisdom of God. We, the church, we Christians, think differently. We start with a different set of assumptions. We value different things than our culture.

We are so much like the Corinthians. We argue over who we should follow. “I am a Calvinist.” “I am a Wesleyan.” “I am a Catholic” And of course we have the pious independent church goers. “I just read my bible.” If you feel left out I can assure you, you should not.

This is not to say we cannot or should not learn from great thinkers in the faith and church history. But let us glorify God and God alone.

We often try to change the gospel to make it more palatable more relevant. We think we are the ones making the church grow. There is an entire industry around church growth. We need programs or sermon series to bring them in. No! We are not responsible for the results. We forget that God is the one who changes a heart. We are responsible for doing what he said we are to do, make disciples (not converts), teaching, and baptizing. Changing a heart is too difficult for us to do.

Preach Christ and Christ crucified. Forget about being relevant. The most relevant thing in the world is the message of what Christ did.