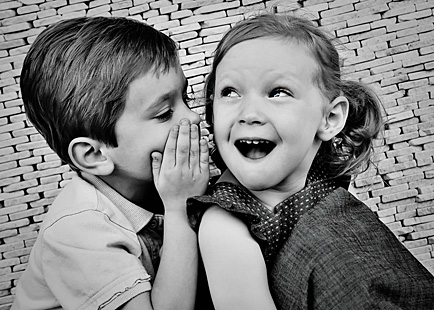 “What no eye has seen, nor ear heard,
nor the heart of man imagined,
what God has prepared for those who love him”—

these things God has revealed to us through the Spirit. For the Spirit searches everything, even the depths of God. For who knows a person’s thoughts except the spirit of that person, which is in him? So also no one comprehends the thoughts of God except the Spirit of God. Now we have received not the spirit of the world, but the Spirit who is from God, that we might understand the things freely given us by God. And we impart this in words not taught by human wisdom but taught by the Spirit, interpreting spiritual truths to those who are spiritual.

The natural person does not accept the things of the Spirit of God, for they are folly to him, and he is not able to understand them because they are spiritually discerned. The spiritual person judges all things, but is himself to be judged by no one. “For who has understood the mind of the Lord so as to instruct him?” But we have the mind of Christ.

We should not misunderstand what Paul is saying in verses 1-5. Paul is not saying, as I have heard many people claim, that we should condemn wisdom, and remain unlearned and ignorant. In fact, Paul starts this section saying he is imparting wisdom. When Paul says he is imparting wisdom to the mature he is not referring to a special category of elite Christians. The expression here is equivalent to “spiritual.” Paul is referring to the influence of the Holy Spirit. The mature or spiritual person is the person who has the Holy Spirit. Since every true believer has received the Spirit, every believer is spiritual and can understand God’s wisdom, which is the gospel of Jesus Christ.

Paul also says he is imparting a secret and hidden wisdom. This should not be understood to refer to some sort of mystical knowledge, the type of wisdom referred to by the gnostic or today’s new age. This wisdom does not require the leading of someone who has attained a higher level of spirituality. This wisdom, though “hidden” during Old Testament times, is now revealed by the Spirit to all who have received God’s grace. (Eph. 3:2–6) Paul uses the word “secret” to emphasize how once God withheld it. Now that it has been revealed, it can be understood. But men in their natural state refuse to understand it.

The “secret” is a truth that “was not made known… in other generations” (Eph. 3:5). It was “kept secret for long ages” (Rom. 16:25). But the Spirit clearly reveals the truth to those who have received the grace of God. Yes, the gospel was hidden in the Old Testament period. However, it is now revealed by the Spirit (v. 10).

And this wisdom God “decreed” before time began. And He declared it for our glory. The word translated “decreed”, προορίζω is the same word used also in Rom. 8:29, 30 and Eph. 1:5. According to Strong’s dictionary προορίζω means “to limit in advance, that is, predetermine: – determine before, ordain, predestinate.” In Romans and Ephesians the word is translated “predestined.” Paul uses this to express the certainty of God’s love for His people. God’s love for us was predestined and cannot be changed.

Paul emphasizes that unbelievers are still a part of the old age. He does this by referring to “the rulers of this age.” The rulers were the ones who were supposed to know. They had the education. They had the training. They were in positions that gave them information about what was happening. It was their job to know the truth. How could a common worker or farm laborer have wisdom the rulers did not? In our western modern assumptions it is quite easy for us to understand that rulers can be and often are wrong. We do not trust our rulers or political leaders. But we still have those we hold in such high esteem that their wisdom cannot be challenged. How many times have you heard said, “According to scientists,…” or ,”Scientist all agree…” Give someone a white coat and call him a scientist and suddenly he is a member of a group that cannot err. The reality is our culture is no different than the one where the Corinthians lived.

What was once secret God has revealed to us, the ones who love God. God has revealed to us what he has prepared for us. What he has prepared cannot even be imagined. How has this been revealed? It is revealed by the Spirit. The Spirit searches everything. That is, the Spirit of God knows even the secrets of God. Paul uses the idea of Spirit to say that God knows Himself. This is shown by the analogy Paul uses. “For who knows a person’s thoughts except the spirit of that person…” Put another way, “No one know a person’s thoughts except himself.”

When in discussions about spiritual things and insisting that the arguments must be logical, I have heard that logic is man logic. God’s logic is different. That is not what this passage is teaching. God is the same yesterday today and forever. He does not change. He cannot contradict Himself. Therefore, logic is completely compatible with God. There are not two kinds of logic.

Paul is not saying that there is some secret logic or way of thinking that is spiritual and another way that is used by natural man. No, we can be completely logical and our logic can be without error and still arrive at the wrong conclusion. How can that be? If we start with the wrong assumptions we are assured of ending with incorrect answers. The natural man starts at the wrong place.

Our sinful natural will cause us start with faulty assumptions. It will cause us to start with incorrect assumptions. But the word of God has been revealed to us so that we can identify that we are wrong. Knowing that, we can change or assumptions and live according to the will of God. But we only know by studying the will of God. Christianity is not a mystical religion where knowledge just comes. Christianity has a book where God reveals His truth and His will. The Spirit reveals God’s truth through the scriptures.