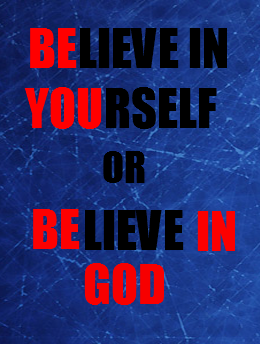 And I, when I came to you, brothers, did not come proclaiming to you the testimony of God with lofty speech or wisdom. For I decided to know nothing among you except Jesus Christ and him crucified. And I was with you in weakness and in fear and much trembling, and my speech and my message were not in plausible words of wisdom, but in demonstration of the Spirit and of power, so that your faith might not rest in the wisdom of men but in the power of God.
Observation

When Paul says he came to the Corinthians, he is referring to his first arrival in Corinth. This is recorded in Acts 18:1-17. Reading these two passages together give interesting insights into Paul’s life and his thinking. In Acts 18: 9-10 God tells Paul not to be afraid. “And the Lord said to Paul one night in a vision, ‘Do not be afraid, but go on speaking and do not be silent, for I am with you, and no one will attack you to harm you, for I have many in this city who are my people.’”

We often think of the apostles as super human. We think of them as sinless. But they were sinners just like you and me. Even though God had assured Paul that no one would harm him. Paul still feared. “And I was with you in weakness and in fear and much trembling…” (v3) Paul, the greatest preacher to ever live, Paul, the man who boldly proclaimed the gospel to murderous mobs admitted he was afraid. And He did so after God to him not to fear.

If we only had this passage to understand Paul we would think of him as timid, uneducated, and unable to speak with force and eloquence. Fortunately we have the life of Paul recorded in the Book of Acts and Paul’s own letters. These prove otherwise.

To the ill-informed Paul could be thought to be full of “self-confidence.” Paul is not self-confident. Paul’s confidence was in God. While he may be fearful for his life, he loved God more than life. Paul had learned that God often uses human weakness to demonstrate His glory. Because Paul knew that people will only be persuaded “in demonstration of the Spirit and of power,” Paul could use his talents and training with full confidence.

God has promised us to complete His work in us. We know that. But there are times when we still fear. Do not allow that fear to affect your faith. Your fear is not your faith. Paul was a great man of faith. God told him personally that no one would harm him. Yet Paul was in fear and trembling. Let us do as Paul did “go on speaking and do not be silent” for God is with us.

Our confidence is in God. Because we know that people do not depend on our powers of persuasion to believe but by the power of the Holy Spirit. We can speak boldly and with confidence to others about Christ.