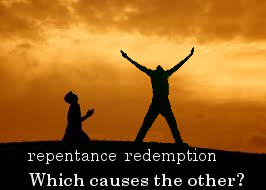 For the word of the cross is folly to those who are perishing, but to us who are being saved it is the power of God. For it is written,

“I will destroy the wisdom of the wise,
and the discernment of the discerning I will thwart.”

Where is the one who is wise? Where is the scribe? Where is the debater of this age? Has not God made foolish the wisdom of the world? For since, in the wisdom of God, the world did not know God through wisdom, it pleased God through the folly of what we preach to save those who believe. For Jews demand signs and Greeks seek wisdom, but we preach Christ crucified, a stumbling block to Jews and folly to Gentiles, but to those who are called, both Jews and Greeks, Christ the power of God and the wisdom of God. For the foolishness of God is wiser than men, and the weakness of God is stronger than men.

For consider your calling, brothers: not many of you were wise according to worldly standards, not many were powerful, not many were of noble birth. But God chose what is foolish in the world to shame the wise; God chose what is weak in the world to shame the strong; God chose what is low and despised in the world, even things that are not, to bring to nothing things that are, so that no human being might boast in the presence of God. And because of him you are in Christ Jesus, who became to us wisdom from God, righteousness and sanctification and redemption, so that, as it is written, “Let the one who boasts, boast in the Lord.”

Paul concedes the foolishness of the cross to those who are perishing. The whole idea that God died on a cross to pay for our justification seems ridiculous. Paul addresses two ways of thinking. Both apply to us today. Both are looking for proof. Paul says the Jews demand a sign. They ask, “What is the evidence? If Jesus really is the Christ, prove it.” God has given signs. But without God’s call we do not recognize them or accept them. A good example of this is John 6. Jesus miraculously feeds 5000 and has food left over from 2 loaves and 5 fishes. The next day the crowd goes to Capernaum looking for Jesus specifically because they saw the signs (v26).  Then in verse 30 they actually ask Jesus. “Then what sign do you do, that we may see and believe you? What work do you perform? Our fathers ate the manna in the wilderness; as it is written, ‘He gave them bread from heaven to eat.’” Say what!?! Jesus had just done the very miracle they asked to see.

These Jews were not unique. We all ask for a sign. But we really just want God to dance to our song. “If you are God you would do want we ask when we ask it.” Who is the god is that situation? We are placing ourselves over God. We pray, “Our Father who art in heaven hallowed be our name. Do our will on earth and in heaven.”

Even when signs are given, we do not see it unless God opens our eye.

You might say, these are spiritual things, spiritual things are not necessarily manifest in the physical world. But even if there are no signs, no physical evidence, it has to at least be rational and reasonable. If it cannot be explained it cannot be true. The Greeks seek wisdom. There is nothing wrong with wisdom. Wisdom is not a bad thing. Proverbs 1:7 “The fear of the Lord is the beginning of knowledge; fools despise wisdom and instruction.” Again, “Blessed is the one who finds wisdom, and the one who gets understanding.” (Proverbs 3:13) “Wisdom is better than jewels, and all that you may desire cannot compare with her.” (Proverbs 8:11)

It would be wrong to conclude that Paul is saying that Christians should not seek wisdom. What Paul is teaching is that God has chosen to do things differently than we think they should have been done. The fact that God became a man, how can that be? How can an infinite God become a finite man? That does not make sense! How could God die? Why would a righteous God suffer and die for sinful man? Why not just start over? In fact, why did God allow man to sin in the first place? It does not make sense!

Paul is not teaching the doctrine of election in this passage, however, it is presupposed. “…but to those who are called…” “Consider your calling, brothers,” In order to make sense of it, in order to see the signs, requires God’s intervention. God must open our eyes. Because of Him, we are in Christ. It was not our wisdom, our insight that allowed us to choose Him. It was because of Him who became wisdom to us from God. That is the type of God we serve. He gave it ALL to us. We have NOTHING to offer. Not even a spec of wisdom or righteousness.

When we realize how dependent we are on God for our salvation. We have no choice but respond with humility and gratitude. Our salvation is 100% God’s work. To claim we had anything to do with our salvation is to take the name of God in vain. We do not repent and then God saves us. If that were true, we could claim we played a role in our salvation, a decisive role. If that view were true our repentance caused or allowed God to forgive us.