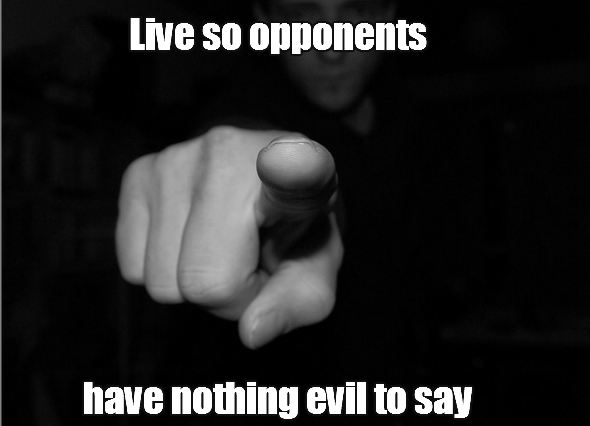 But as for you, teach what accords with sound doctrine. Older men are to be sober-minded, dignified, self-controlled, sound in faith, in love, and in steadfastness. Older women likewise are to be reverent in behavior, not slanderers or slaves to much wine. They are to teach what is good, and so train the young women to love their husbands and children, to be self-controlled, pure, working at home, kind, and submissive to their own husbands, that the word of God may not be reviled. Likewise, urge the younger men to be self-controlled. Show yourself in all respects to be a model of good works, and in your teaching show integrity, dignity, and sound speech that cannot be condemned, so that an opponent may be put to shame, having nothing evil to say about us. Bondservants are to be submissive to their own masters in everything; they are to be well-pleasing, not argumentative, not pilfering, but showing all good faith, so that in everything they may adorn the doctrine of God our Savior.
For the grace of God has appeared, bringing salvation for all people, training us to renounce ungodliness and worldly passions, and to live self-controlled, upright, and godly lives in the present age, waiting for our blessed hope, the appearing of the glory of our great God and Savior Jesus Christ, who gave himself for us to redeem us from all lawlessness and to purify for himself a people for his own possession who are zealous for good works.
Declare these things; exhort and rebuke with all authority. Let no one disregard you.
Observation

In contrast to what the false teachers were doing Paul now turns to the type of things Titus should teach. It is easy to look at the specifics of what Paul says and misunderstand them. The cultures of the first century and the twenty-first century are different. Good behavior in the first century, people today may not consider good behavior. How much of what Paul writes here is cultural and thus relative? How much of what Paul writes here is absolute. The answer is easy because Paul tells us. He tells us the purpose for the behavioral instructions. The purpose was to stop abusive criticism of Christianity. The absolute is we are to behavior so the name of Christ is not slandered. Our actions should cause opponents embarrassment. The absolute is to live a life above reproach.

Paul tells Titus to teach sound doctrine. By sound speech, Paul means wholesome teaching or that which is good. Sound doctrine actually feeds the soul. Paul prohibits everything that promotes pretentious displays to impress others. Rather, Paul says teach godliness. This is consistent with what he wrote in both his letters to Timothy.

Sound doctrine consists of two parts. The first is that which magnifies the grace of God in Christ. The second part is teaching the fear of God and inoffensive behavior.

Paul’s intent here is not to define the roles of different groups within the church. Paul is not dividing young versus old, men versus women. This becomes obvious if you take Paul’s statement as literal and exclusive. Here is what I mean. Paul says “Older women likewise are to be reverent in behavior, not slanderers or slaves to much wine.” If this were exclusive, men and young women may be irreverent, slanderers and alcoholics. That interpretation is an absurdity.

Paul tells Titus old men are to be, “sound in faith, in love, and in steadfastness.” This corresponds to 1 Corinthians 13:13. There Paul says the things that last are faith, hope (or steadfastness) and love. Faith is our worship of God. Love includes all the commandments of the Law. And, without steadfastness and hope faith would soon disappear.

In studying this passage I was reading Calvin’s commentary. On verse 3 he has this comment. “We very frequently see, that females advanced in age either continue to dress with the lightness of youthful years, or have something superstitious in their apparel, and seldom hit the golden mean.” I thought wow! Calvin saw this in the 16th century. Sixty-year-old men and women are trying to look and act like they are in their twenties. I thought this was a phenomenon brought to us by Madison Avenue’s worship of youth. I guess the sin of vanity is rampant in every age. Sinful man is always sinful.

Paul goes on to say that older women are to teach younger women. As I have already shown Paul’s intent is to apply this to us all, not just older women. By this, he shows it is not enough to live a decent life. We are to train others how to live.

Paul’s instruction is to live and speak in a manner opponents cannot condemn. How is it possible to live a life consistent with sound doctrine and not have opponent condemned us? For example, speaking out against the murder of the unborn. That brings swift and venomous condemnation. Today, speaking out against homosexuality may even land you in jail. Society considers that hate speech.

The answer to that is easy. Paul is not saying to avoid all criticism. That would be impossible. Paul is saying, live a life consistent with sound doctrine. Paul makes this clear when he talks about servants.

Paul says, “Bondservants are to be submissive to their own masters in everything.” By “everything” he means to limit it to those things which are proper. We can use as a model Augustine’s understanding of submission to governmental authority. We are to submit to the government unless the government’s command violates God’s law. That is the authorities command us to do that which God forbids or forbid us to do that which God commands.

Verse 10 is sometimes misunderstood to deny the biblical teaching of election. It is even used to teach the universal salvation of all men. Context, as is usually the case, makes this easy to refute. Paul has just spoken of slaves. In context, Paul is referring to classes, not individuals. That is, God’s graced is so great is extends even down to slaves. God’s love extends even to the lowest and most degraded class. We should not be so ungrateful to not embrace the grace He has given us.

Paul mentions the grace of God. Grace, by definition, is unmerited. It is something given which we do not deserve. If we deserved is it, it would not be grace. It would be payment for a debt.

Luther and Calvin both outlined 3 purposes of the law. The third purpose of the law was to instruct us on how we should live. While I would agree with Luther and Calvin, Paul says in verse 11 and 12 that grace also teaches. Grace teaches to renounce our former life of ungodliness and worldly lust. Plus grace teaches us to live a life of self-control in the present age. Paul adds, “in the present age” because God has assigned this present age for a trial of our faith.

We look forward to the hope of seeing the glory of Jesus Christ. It is Jesus who gives us hope. He has done so by giving Himself to purchase us from our sinfulness. It is Christ who makes us pure. We have no power to do it ourselves. Only the one who Himself is pure may make us pure. He has chosen us. We did not choose Him. Why did he choose us? He chose us to be zealous for good works.

Notice the order. He did not choose us because of our good works. He chose us so we could do good works.

Glory to God! He did not require us to be good to choose us. He chose us so He could purify us as His own possession. That requires a Woohoo or Amen whichever you prefer.